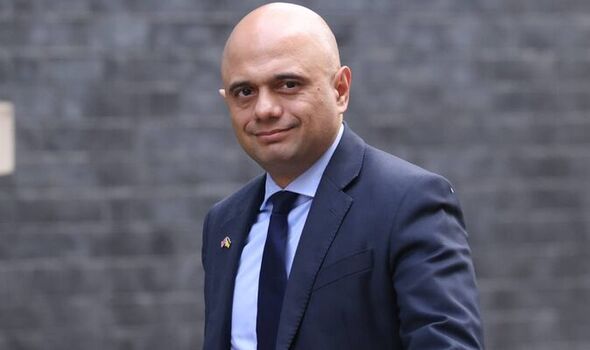 Tens of thousands of patients and care home residents were left alone over the past two years because of drastic public health measures to curb the spread of coronavirus.

It meant family members died alone or suffered serious illness without seeing their loved ones for weeks or months.

A cross party group of MP’s and scientists has written to the health secretary demanding a specific law to ensure this never happens again.

It asks that vulnerable people are granted legal rights to visits by a relative or carer even during crises like pandemics.

Under the proposed law all patients, care home residents, hospital and mental health patients would choose an “essential carer” to provide individual support at any time regardless of rules about visiting restrictions.

The letter, now being circulated by constituents to their MP’s for signatures, was written by Dan Carden MP for LIverpool Walton, and jointly signed by Tracey Crouch, MP for Chathm and Aylesford, Daisy Cooper, depakote er 500 tab MP for st Albans and Liz Saille-Roberts, MP for Dwyfor Meirionnydd.

It will be sent to the health secretary next month and will be followed by a backbench debate on the issue.

It states: “From hospitals to care homes, there is an urgent need for the introduction of a legal right that guarantees contact with a ‘care supporter’ – a relative or friend to provide support when it is required.”

It comes after widespread criticism of damage caused by stringent covid regulations introduced in March 2020 which meant care home residents, and in-patients were forced to endure “inhuman” isolation rules which included being left alone in their bedrooms for days at a time and denied visits from loved ones – sometimes even when they were dying.

The measures – which some care homes and hospitals are still imposing to mitigate the risk of spreading coronavirus – have been linked to mental and physical deterioration of patients and residents.

One study by Oxford University found evidence vulnerable residents died of thirst, starvation and ‘broken hearts’ in the pandemic.

The shocking report said almost 40 per cent of excess fatalities were not caused by the virus, with many deaths linked to neglect and loneliness.

Professor Carl Heneghan, co-author of this report and director of Oxford University’s Centre for Evidence Based Medicine said: “We should be outraged about how the most vulnerable have been treated.

We need legislation to protect people and ensure we do no harm. We need a law so that every vulnerable person, hospital patient or care home resident has an advocate to guarantee they have the right to visits.”

Dr Tom Jefferson, an epidemiologist, who also worked on the Oxford study said: “The isolation rules are inhuman. Separating the effects of the virus from the effects of human stupidity in imposing these rules is very difficult. Vulnerable people died of covid. But they also thirst, of neglect and of broken hearts.”

Nicci Gerrard of the John’s Campaign which has campaigned against “enforced disconnection between family carers” and those suffering dementia said: “Care home residents became virtual prisoners and many homes are still restricting visits.

“On the one hand there is the risk of covid, on the other is the risk incurred by enforced separation, of the final months of life being spent alone and bewildered, of dying feeling abandoned and punished.

“People have literally died of heartbreak, with their faces to the wall thinking the people they loved no longer cared for them.”

John’s Campaign – named after Nicci’s father, Dr John Gerrard who died in November 2014 after a five week hospital stay which was closed to visitors because of a norovirus outbreak – together with the Relatives and Residents Association and Rights for Residents, is circulating the letter among MP’s for signatures. It will be sent to the health secretary within days.

Ms Gerrad said: “There continues to be shocking instances of denial of contact, which we know causes harm, misery can have tragic consequences. This is a violation of human rights.

The letter follows a High Court ruling last week which found government decisions on managing care homes in England in March and April 2020 were unlawful because policies failed to account for the risk to vulnerable care home residents from asymptomatic transmission of covid-19.

The court found it “irrational” that asymptomatic patients were admitted to care homes even without a negative test, and that care homes were not advised to isolate other patients from other residents. And it stated that, while ministers should not be expected to keep on top of the emerging science, it should “be expected that those scientists advising the government would do so.”

Helen Wildbore, director of the Relatives & Residents Association, which champions the rights of older people in care in England said in a recent interview: “Our helpline hears daily about the devastating impact on families who’ve been separated from their loved ones. They want to live, not merely to exist.”

Last week the Pandemic Response and Recovery All-Party Parliamentary Group heard how visiting restrictions in hospitals and care homes, along with continued use of lockdowns and over interpretation of testing guidelines, led to isolation, neglect and abuse of residents.

Politicians heard harrowing accounts of the harmful effects of isolation and loss of social contact on physical and mental health, safeguarding problems with medication, dehydration, hygiene and lack of basic care.

Medical registrar Dr Ammar Waraich reported many hospitals are still preventing visits due to the potential risk of covid spread. He said: “The policy is cruel, inhumane and unnecessary.”