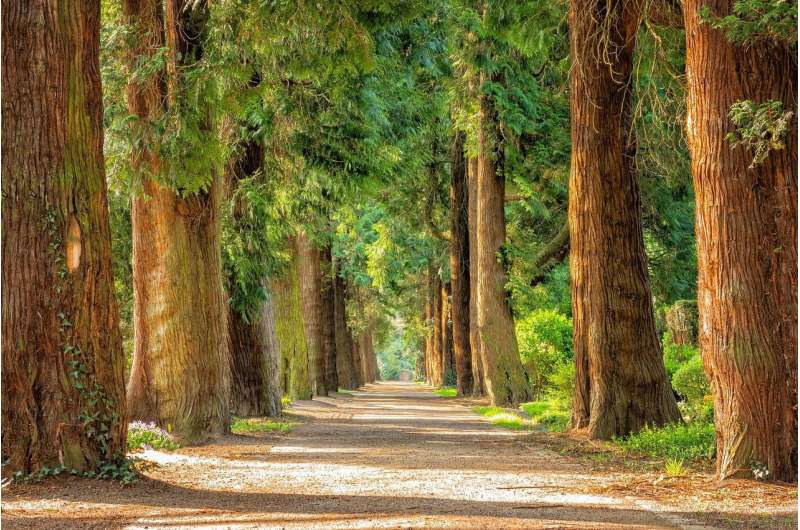 The risk of suffering an ischaemic stroke, the most common type of cerebrovascular event, is 16% less in people who have green spaces less than 300 meters from their homes. This has been revealed in a joint study by the Hospital del Mar Medical Research Institute, Hospital del Mar, the Catalan Health Quality and Assessment Agency (AQuAS) from the Catalan Government’s Department of Health and the Barcelona Institute for Global Health (ISGlobal), a center promoted by the “la Caixa” Foundation. It is the most important work in this field to date in Europe, analyzing data on the entire population of Catalonia between 2016 and 2017. It has been published in the journal Environment International.

The study took into account information on exposure to three atmospheric pollutants linked to vehicle traffic in more than three and a half million people selected from among the 7.5 million residents of Catalonia, over the age of eighteen who had not suffered a stroke prior to the start of the study. Specifically, prometrium 100 mg twice a day it analyzed the impact of the levels of particulate matter under 2.5 microns (PM2.5), nitrogen dioxide (NO2) and soot particles at the place of residence of each of the people studied. The number and density of green spaces within a 300-meter radius of their homes was also studied. The data was obtained via geographic referencing and by designing models of exposure to the two determinants, using population data obtained by reusing health information generated in Catalonia and anonymised by the Data Analytics Programme for Research and Innovation in Health (Programa d’Analítica de Dades per a la Recerca i la Innovació en Salut; PADRIS) and managed by the Catalan Agency for Health Quality and Assessment (Agència de Qualitat i Avaluació Sanitàries de Catalunya; AQuAS).

The results indicate a direct relationship between increased levels of NO2 in the atmosphere and the risk of ischaemic stroke. For every increase of 10 micrograms (µg) per cubic meter, this risk increases by 4%. The same happens when PM2.5 levels increase by 5 µg/m3. In the case of soot particles, the risk increases by 5% for every 1 µg/m3 increase in the atmosphere. These figures are the same for the entire population, irrespective of other socio-economic factors, age or smoking habits.

“It should be borne in mind that, unlike other air pollutants, which have various sources, NO2 is mainly caused by road traffic. Therefore, if we really want to reduce the multiple risks that this pollutant poses to people’s health, we need to implement bold measures to reduce car use,” says Cathryn Tonne, a researcher at ISGlobal.

“The study demonstrates the importance of environmental determinants in stroke risk. Given that it is predicted that the incidence, mortality and disability attributed to the disease will increase in the coming years, it is important to understand all the risk factors involved,” explains Dr. Carla Avellaneda, a researcher in the Neurovascular Research Group at IMIM-Hospital del Mar and one of the main authors of the study. Previous studies by the same group had already provided evidence on the relationship between factors such as soot or noise levels and the risk of suffering a stroke and its severity. All these factors act as stroke triggers.

In contrast, having an abundance of green spaces within the same radius from the home directly reduces the risk of suffering a stroke. Specifically, up to 16%. In this sense, “People who are surrounded by greater levels of greenery at their place of residence are protected against the onset of stroke,” says Dr. Avellaneda. Exposure to green spaces is generally considered to have beneficial effects through a variety of mechanisms, such as stress reduction, increased physical activity and social contact, and even exposure to an enriched microbiome.

In view of this data, the researchers point out that it is necessary to reflect on the current levels of atmospheric pollution that are considered safe. At the moment, the thresholds set by the European Union are 40 µg/m3 for NO2, which the World Health Organisation reduces to 10 µg/m3, and 25 µg/m3 for PM2.5, which the WHO limits to 5 µg/m3. Currently, no levels have been set for soot particles. In fact, the levels recorded during the period analyzed were lower, on average, than those set by the European authorities (17 µg/m3 for PM2.5, 35 µg/m3 for NO2 and 2.28 µg/m3 in the case of soot).

“Despite compliance with the levels set by the European Union, we are faced with the paradox that there is still a health risk, such as the one we identified in this study, where there is a direct relationship between exposure to pollutants in our environment and the risk of suffering a stroke,” explains Dr. Rosa Maria Vivanco, lead author of the study and researcher at AQuAS and IMIM-Hospital del Mar. “The danger is still present and many more measures need to be taken,” considering the increase in the urban population and its ageing, she adds.