New Zealanders are dying from Covid at record rates as the country battles a new wave of the Omicron strain that is particularly affecting the older population.

Weekly Covid deaths in soared to 151 in the seven days to July 16, compared with 115 in the worst week of the previous wave in March, according to Health Ministry data.

In the latest 24 hours, clonazepam temazepam comparison all 26 people who died from Covid were aged over 60 — the cohort know to be most vulnerable to the virus, the ministry confirmed today.

Omicron sub-variant BA.5 is driving the current wave, which has caused 64,780 confirmed infections in the last week, although authorities say the true figure will be much higher.

Once regarded as a model for preventing Covid infection, New Zealand’s swift response to the pandemic and its geographic isolation kept it largely free from the virus until the end of last year.

The Government dropped its zero-Covid policy this year once the population was largely vaccinated, with eight in 10 people now double-jabbed. Since then the virus has been allowed to spread. 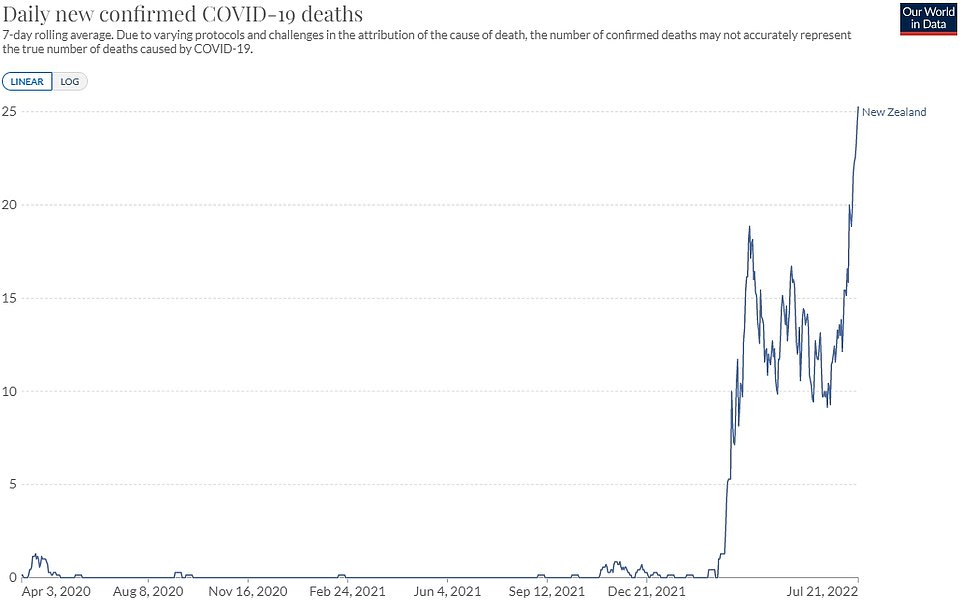 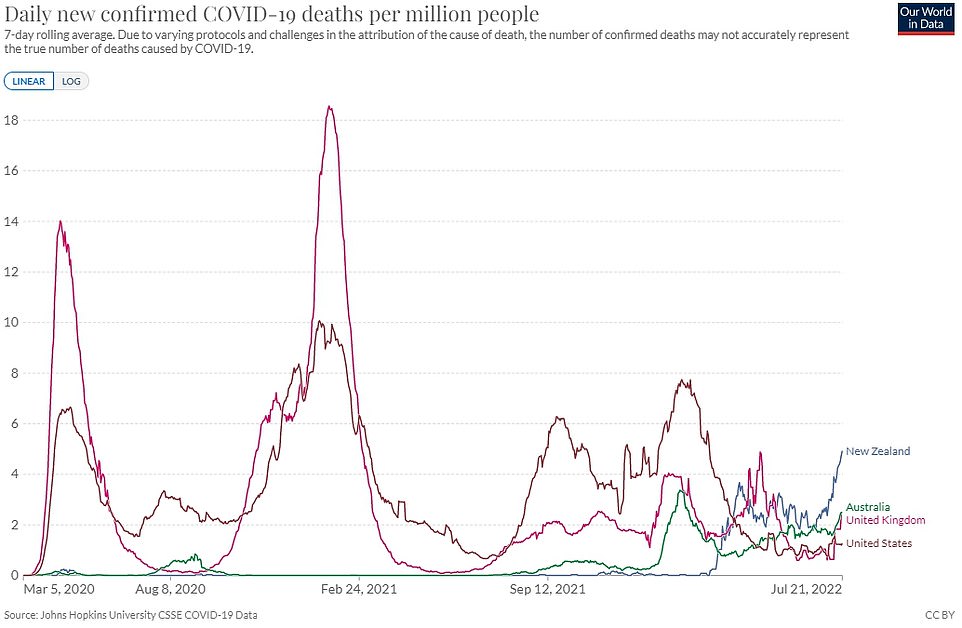 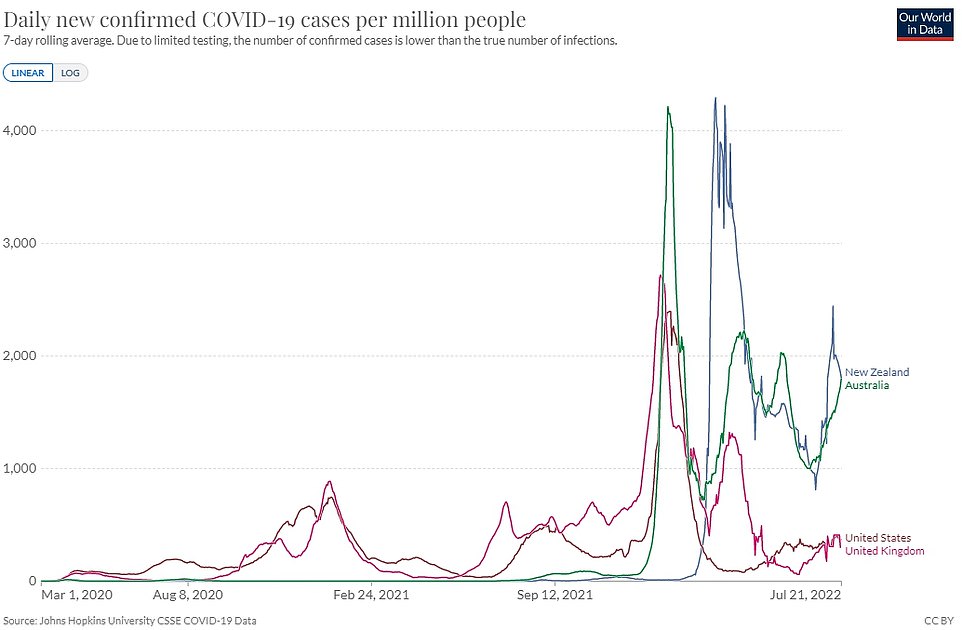 Data from Oxford University research platform Our World in Data shows five people per 100,000 in New Zealand died with Covid in the week to July 21 — up by a third from the previous high of 3.68 in March.

The Government is resisting pressure from some doctors to reinstate curbs on public gatherings or mandate the wearing of masks at schools.

However, Education Ministry chief Iona Holsted said on Thursday the ministry had advised schools to enforce the wearing of masks as much as practicable when children returned from holidays next week.

‘We understand that implementing mask policies can be a challenge but ask that you take action to strengthen your mask wearing policy as soon as possible,’ she said.