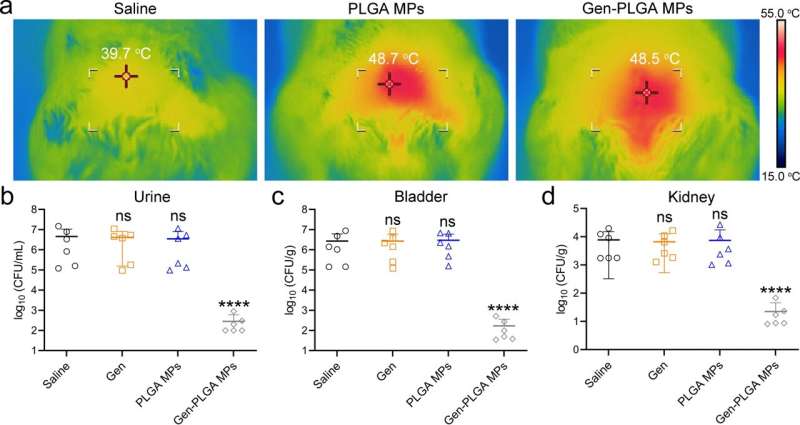 A research team led by Professor Kelvin Yeung Wai-kwok from the Department of Orthopedics and Traumatology, School of Clinical Medicine, LKS Faculty of Medicine, The University of Hong Kong (HKUMed) has designed a non-invasive technology to revitalize the bactericidal effects of conventional antibiotics in multidrug-resistant (MDR) Escherichia coli (E. coli)-associated deep tissue infections, such as urinary tract and peritoneal infections.

In the study, iv flagyl uses MDR E. coli bacteria were found to be sensitive again to the intervention of conventional antibiotics when the bacterium was exposed to mild hyperthermic conditions (approximately 50 degrees Celsius). The team designed a novel microwave-responsive microsphere encapsulated with conventional antibiotics that could realize the in-situ hyperthermia therapy and antibiotic treatment simultaneously. Their results were published in Advanced Functional Materials

Among all the MDR bacteria, MDR E. coli, defined as Gram-negative bacterium, is one of the three pathogens of concern with critical priority identified by the World Health Organization (WHO). Due to its unique outer membrane structure, the bacterium can immunize itself to the treatment of most antibiotics available in clinics. There is a particular barrier found in the structure, namely the β-barrel assembly machine (BAM complex). When this complex combines with two other barriers—the MDR efflux pump and enzymatic degradation in cytoplasm—the bacterium can then effectively block the attack of antibiotics. However, conventional treatment can only weaken the function of the BamA protein (the main component of the BAM complex) instead of all three barriers at the same time. 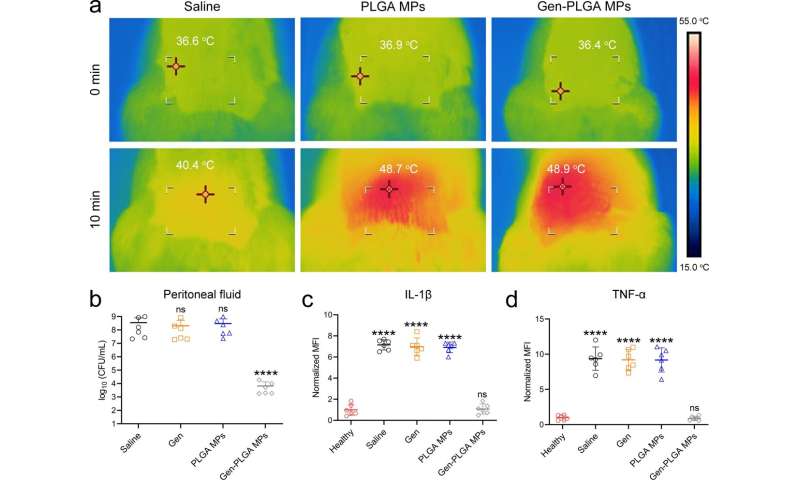 The research team discovered that these barriers became paralyzed temporarily if the infection site temperature was raised to about 50 degrees Celsius for only 10 minutes (a short-term and mild thermal treatment that is tolerable by human tissues). When conventional antibiotics were able to intervene at the same time, the team believed that the infection induced by gram-negative bacteria could be completely eliminated.

To investigate, they designed a novel microwave-responsive microsphere consisting of an FDA-approved biopolymer called poly(lactic-co-glycolic acid) (PLGA) that can generate mild heat subject to the stimulation of microwave signal. When this in-situ microwave hyperthermal (MWH) strategy was applied, it effectively re-sensitized the MDR E. coli to conventional antibiotic treatments, such as β-lactam, aminoglycoside, and tetracycline antibiotics.

The results demonstrated that the MWH strategy induced the structural turbulence of BAM complex, the functional obstruction of MDR efflux pumps, and the catalytic paralysis of related hydrolytic or modifying enzymes. Additionally, the treatment efficacy of this collective antibacterial strategy was demonstrated in animal models with urinary tract infection and peritoneal infection.