12 fast-food items that have been removed from menus in 2020, so far

Fast-food menus are constantly changing and while this year has brought many customer-approved new releases, some fast-food menu items have also been mercilessly scrapped.

In 2020, fast-food restaurants are realizing the power of a shortened menu with more focus on chains' most popular items. McDonald's and Taco Bell both recently streamlined their menus, while other chains have chosen to discontinue a few items due to changing tastes and the coronavirus pandemic.

Here are 12 fast-food menu items that have been removed from menus in 2020, so far.

Taco Bell announced it would be dropping the fan-favorite Mexican Pizza from its newly streamlined menu starting November 5. 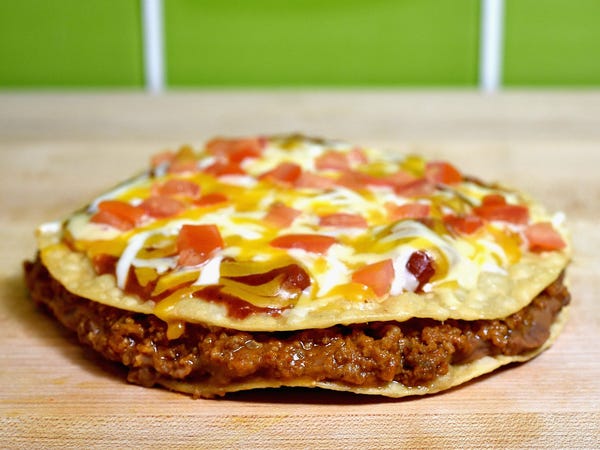 "We know some fans may be sad to see this one go, we are too. One silver lining of saying goodbye to the Mexican Pizza that might help you rest easy is that removing it from our menus helps us work towards our commitment to leave a lighter footprint on our planet," Taco Bell said in a press release in September.

In perhaps the most controversial menu change, Taco Bell upset some customers after deciding to remove potatoes from its menu. 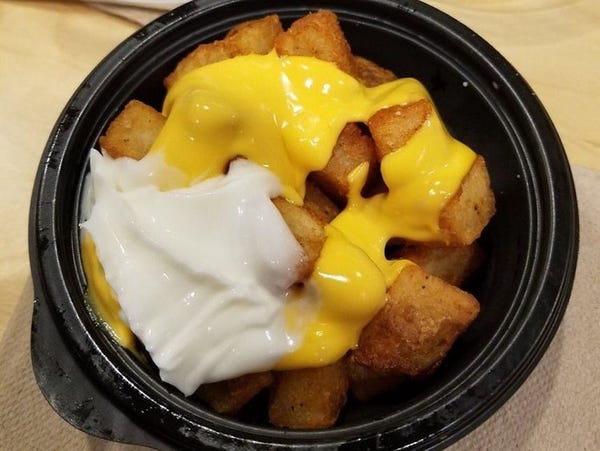 "We know some vegetarian go-to items might be gone, but Taco Bell's menu remains highly customizable," Taco Bell said in a press release.

However, the statement didn't stop vegetarian customers and potato-lovers from taking to social media to air their concerns. One Twitter user called the move to drop potatoes the chain's "worst idea to date."

However, while the potatoes may be gone, Taco Bell has hinted that it may be opening the door to plant-based meats and other vegetarian-friendly options.

Taco Bell also announced it would be dropping the famous Quesarito, a fan-favorite item, from restaurant menus. 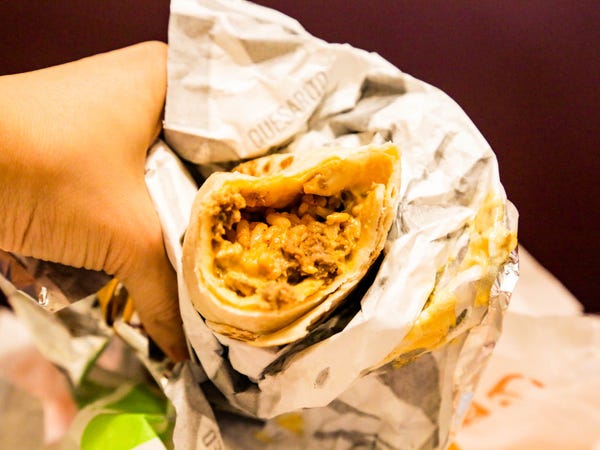 At the same time Taco Bell announced it would be discontinuing potatoes, the chain said it would also be removing the famous and fan-favorite Quesarito from restaurant menus. The item, which is a combination of a beef burrito and a quesadilla, will still be available to order online and via Taco Bell's app for pickup or delivery.

However, some fans were nevertheless outraged by the change, with one Twitter user calling it "absolutely barbaric."

Another item included in Taco Bell's series of menu changes is the Triple Layer Nachos. 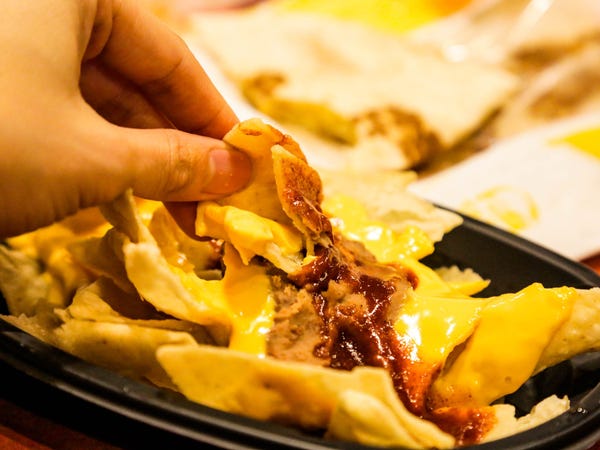 In total, Taco Bell removed 12 items from its menu. Among the items slashed, aside from the Mexican Pizza, Quesarito burrito, and Triple Layer Nachos, were the chain's Loaded Grillers, Grilled Steak Soft Taco, 7-Layer Burrito, Chips & Dips, and the Mini Skillet Bowl.

"While change is hard, a simplified menu and innovation process will leave room for new fan favorites, continued progress in categories such as plant-based diets, and even opportunities for the return of some classics on a limited-time basis," Taco Bell said in a press release.

KFC also started a potato-related controversy when it decided to switch out its potato wedges for fries. 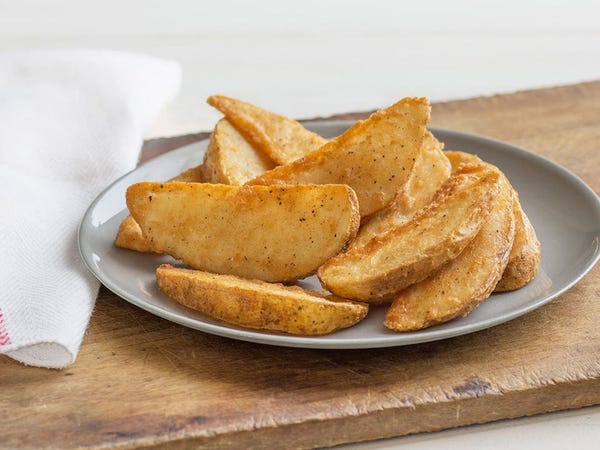 KFC has been serving up its famous potato wedges for years, much to the adoration of fast-food fans. However, the wedges have now been replaced with a new menu item — "Secret Recipe Fries."

"While we know there are wedge-lovers out there who may be disappointed, consumer response to our Secret Recipe Fries during the test and the rollout has been overwhelmingly positive," a KFC representative previously told Business Insider. 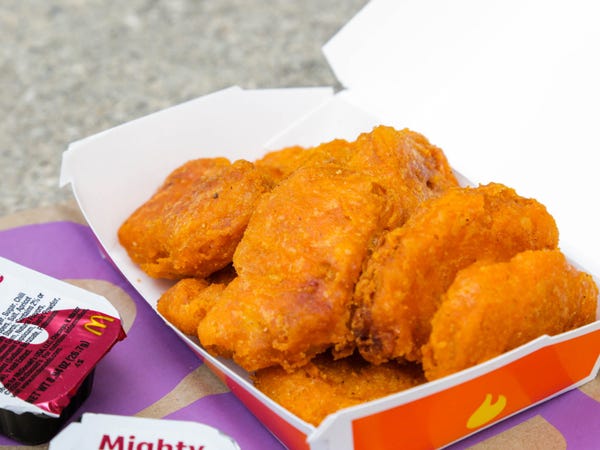 The new limited-time-only menu item was thought to be in response to the flourishing market for fast-food chicken products, as well as the smash success of Wendy's spicy chicken nuggets.

The chain's spicy nuggets, as well as the Mighty Hot Sauce they came paired with, quickly sold out just two weeks after being released, proving how much customers loved the new version of its classic nuggets. While some restaurants may still have stock, most are completely out of them. However, all hope is not lost for spicy nugget fans.

"We're thrilled with the positive response to these limited-time offerings," McDonald's said in a statement. "If our customers truly can't get enough, there's always a chance we'll bring limited-time menu items back in the future."

McDonald's temporarily removed chicken tenders from the menu as a result of the coronavirus pandemic — however, the change could become permanent. 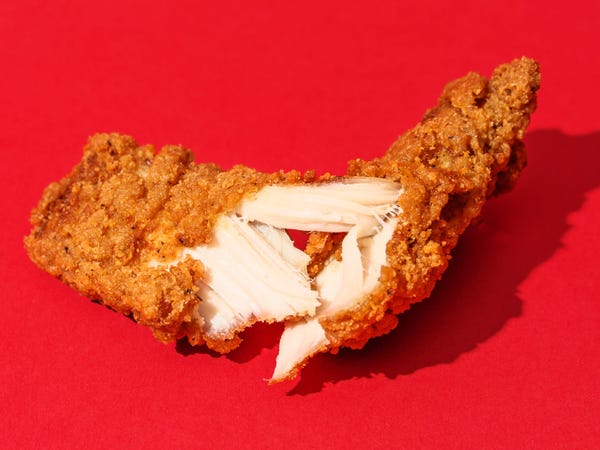 The fan-favorite menu item, then called Chicken Selects, first arrived on menus in 2004. However, in 2013, they were removed from menus nationwide. Four years later, chicken tenders made their way back onto menus as Buttermilk Crispy Tenders.

After they were released, they promptly sold out. The chicken tenders still appear to be a popular menu item, despite being temporarily removed from menus as a result of the coronavirus pandemic.

However, since chicken tenders have yet to reappear on McDonald's menus, some fans fear the decision to remove tenders from the menu may be permanent. 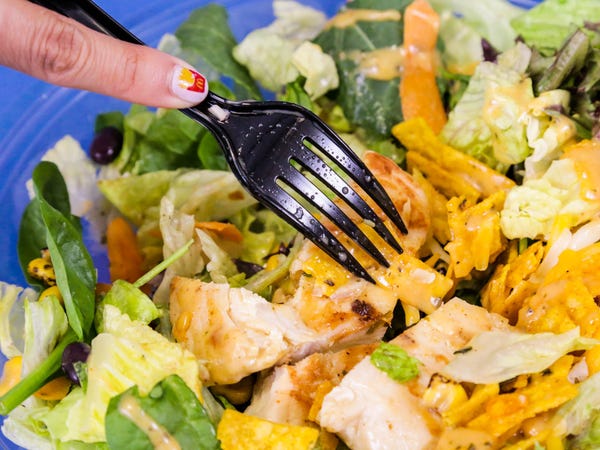 Salads have surely never been among McDonald's most popular offerings, so it's no surprise that they didn't make the cut for the chain's limited menu.

"To simplify operations in our kitchens and for our crew, and ensure the best possible experience for our customers, we are working with our franchisees and local restaurants to focus on serving our most popular choices and will begin temporarily removing some items from the menu," Bill Garrett, McDonald's senior vice president of operations, said in a statement to Business Insider. 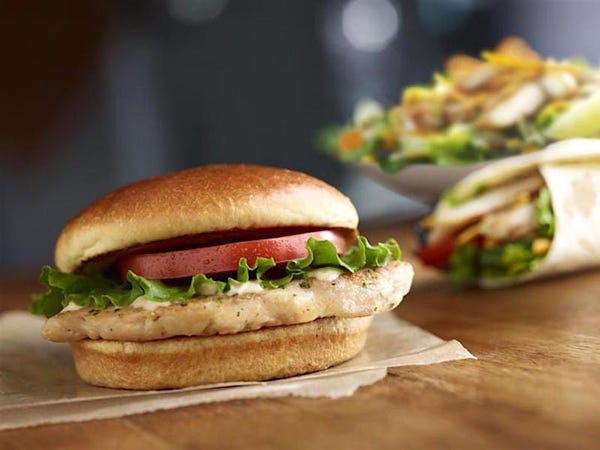 Along with the chain's chicken tenders, salads, and grilled chicken sandwich, McDonald's also decided to temporarily drop a number of pastry options and multiple burgers from its menu.

The changes took effect in March, and while some items have made their return, most have not. What's worse for fans of these items is that they may never come back at all.

"We will certainly add things back to the menu. Whether it goes all the way back to where we were pre-COVID, I think that's probably unlikely," CEO Chris Kempczinski said during a virtual investor conference in June, according to CNBC.

McDonald's breakfast menu was limited to a few items and All Day Breakfast might be on its way out for good. 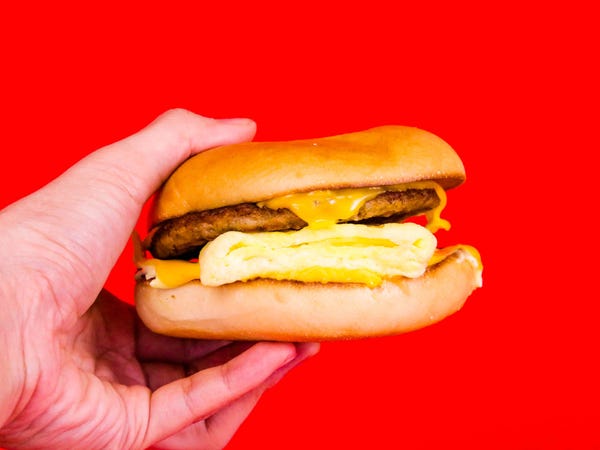 As outlets were reporting the departure of McDonald's All Day Breakfast back in March, McDonald's USA President Joe Erlinger tweeted, "All day breakfast's response to this news: 'I'll be back.'"

However, nearly eight months later, All Day Breakfast still has not returned, and many McDonald's franchisees and workers are rallying for the famous all-day menu to never return.

"As McDonald's and franchisees evaluate if and how we bring All Day Breakfast back to our menus, we want to ensure these improvements will remain consistent for our customers," McDonald's said in a statement to Business Insider. "Any final decision will be made in partnership with our franchisees, based on consumer demand, and designed to drive the business while minimizing operational disruptions." 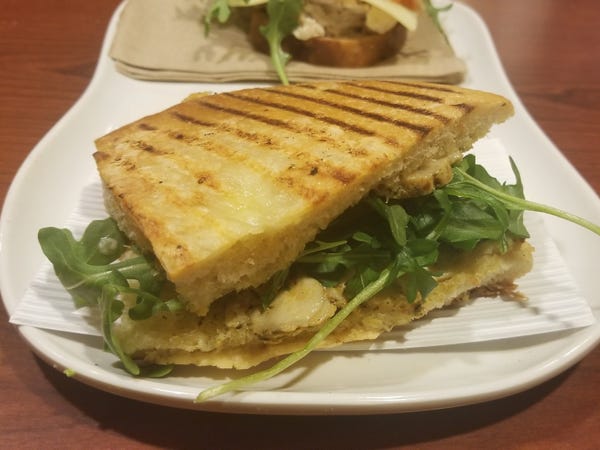 "Made with chicken, mozzarella, Parmesan, arugula, tomato confit, and pesto mayo, this sandwich was perfectly toasted and had great flavor," wrote one of Insider's taste-testers. "The tomatoes had an interesting smoky taste that complimented the moist chicken, cheese, and fresh spinach."

However, as a result of the coronavirus pandemic, the chain decided to cut a few items from the menu, including the Tuscan Chicken Sandwich, the Maple Bacon Scrambled Egg Wrap, and the Cheese Brittany.

Subway caused a stir when it removed roast beef and rotisserie chicken from its sandwich lineup. 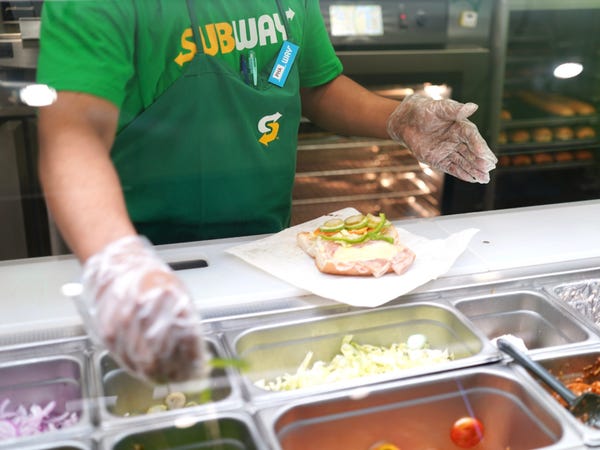 In June, Subway announced it would be removing rotisserie chicken and roast beef from many of its locations, much to the dismay of the sandwich chain's followers.

"Bring back roast beef and the rotisserie chicken," one person wrote on Facebook, according to a previous article by Business Insider. "You just removed the best menu items. What gives?"

"My wife works at a Subway … she says no roast beef is the biggest complaint they receive. She doesn't understand why they took it off the menu either if it's so popular," wrote one Twitter user.

Subway has not given a reason for the menu change.