3 former Amazon interns describe how the program works and the perks, from front-row seats to Demi Lovato to direct access to senior leadership

Amazon offers undergraduate, graduate, and MBA internships in all of its 200-plus offices around the world. They can be both technical, such as for developers, and non-technical, such as for business analysts, UX designers, and accountants, lasting 12 to 16 weeks. The company hires based on business demand, meaning no two years’ intakes are the same.

Brett Saks, director of Amazon Student Programs, told Insider that the company’s philosophy when hiring is that anyone can come up with the next big idea or innovation, regardless of where they attend school.

“We look for individuals who most of all thrive in the excitement of our culture — working with smart people, building new, cutting-edge products and services, and doing meaningful work that impacts customers,” he said.

One of the most common pieces of feedback he gets from interns is that they feel like they work at a set of startups rather than a large company. Teams are welcoming, but have exacting standards.

“Employees who do well here tend to have what we call ‘relentless curiosity,'” Saks added. “They have the desire to dive deep into new challenges every day, a passion for solving problems and inventing on behalf of customers, and a willingness to make big bets.”

In 2020, Amazon hosted 8,000 interns, the largest intern class in the company’s history.

The tech giant doesn’t disclose the numbers of interns who go on to work full time for the company; however, insiders said that the majority of interns are offered placement. Employment review site Glassdoor notes that in the United States, Amazon interns earn on average $8,000 a month.

To find out what the program’s really like, Insider spoke to three recent interns who’ve since received full-time offers.

Griffin Beels, who’s transitioning to a full-time software engineer at Amazon in August, interned on the subscription lifecycle management team, which manages the different stages in which customers interact with Amazon.

When he started in June last year, he was issued a MacBook Pro, desktop monitor, keyboard, mouse, and headphones. 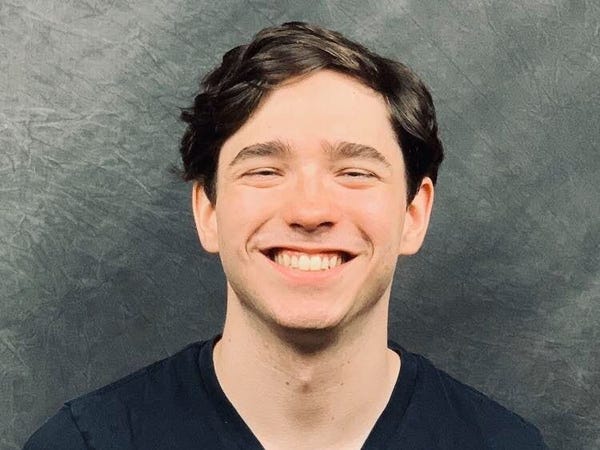 “My team worked in two-week cycles, or ‘sprints,'” Beels told Insider about his typical day-to-day schedule. “We would figure out 10 ‘story points’ worth of work, where each point corresponded to roughly a day of work, and then complete all story points by the end of the second week.”

Twice a week, he said his team would come together to just hang out and do something together as a group — which usually involved online gaming, eating together, and chatting. He also attended events run by Amazon Student Programs, including tech talks and intern-focused activities.

“There was certainly a lot going on at any given time — if you wanted to, there was always a chance to do something interesting each day,” Beels said.

It’s not all fun and games, however. Beels said that he spent hours each day making sure his work was documented, and sometimes planning meetings for the next “sprint” would last for hours.

Amazon keeps a massive trove of documentation for everything it does, providing a library of practical information unlike anything Beels had ever seen. There’s an internal Wikipedia-style site for all sorts of queries, as well as videos and instructional lectures led by principal engineers who created specific technologies.

A big step outside the classroom

Once he was assigned to his team, Beels and his manager had a chat about his interests and figured out the right project for him to focus on.

“It involved refactoring a large piece of code, which means changing the structure of the code without affecting the external behavior of that code,” he said. “After that, I had to extract out a specific chunk of code and logic and enable it to be executed somewhere else.”

By the end of his internship, Beels said he’d impacted nearly 30,000 lines of code between changes and tests, which is well beyond the size and scope of anything he’d done in the classroom.

On top of learning about testing, Beels said he enjoyed learning how and why certain features were in the code base.

“It was really interesting to see how client needs and software engineering goals interacted,” he said. “I got to understand the business side of working with clients and figuring out how to balance completing something quickly versus taking a long time to completely restructure architecture.”

Ashish Choudhary, who interned as a software developer in 2019, said that prior to his Amazon internship, he didn’t have any technical experience with the programs he was using. 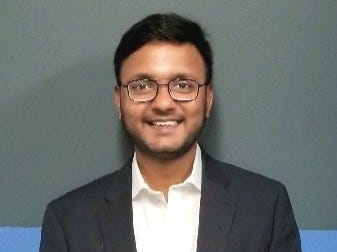 The sheer breath of technologies at your disposal as an intern is a whole new world, he added.

“It was exciting to learn about these cutting-edge technologies, compare and evaluate them, and implement a solution using one of them,” he said.

Interning remotely had its challenges, but Beels said that he decided to try to recreate the office experience by making the most of talking to his colleagues.

“I had a perspective going in that if someone’s a very senior leader at Amazon, they’re just going to ignore you,” he said. “But I was really surprised at how open senior leadership was to talking.”

Beels noticed on an internal communication forum that a senior leader wrote in his bio that he liked chicken wings.

“I messaged them and I started talking with them about chicken wings, just casually having a conversation,” he said. “I thought that was really fascinating — a very senior executive can take time out of their very busy day to talk with me about chicken wings.”

Tanya Nguyen interned in Amazon’s PR department in Seattle in 2018, largely working on media monitoring and trends. If she were to do her time over, she told Insider that she would want to participate in more of the employee events that the company put on. 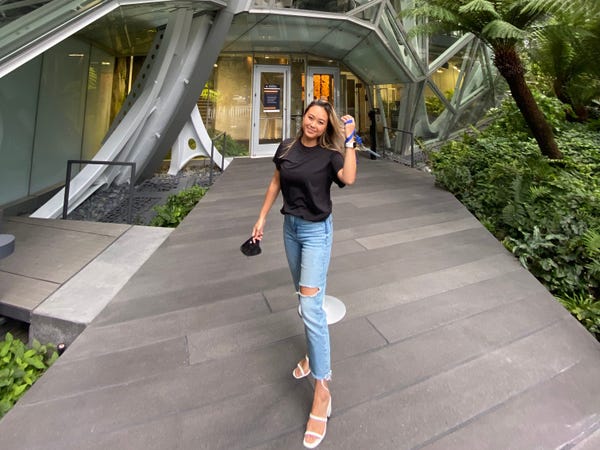 “There’s things like a fishbowl, which is where you can meet authors and go to speaking engagements, and a lot of fun activities like plant camp, where you build a plant basket,” she said. “I also got front-row seats to a Demi Lovato concert.”

Nguyen said she kept a log of the things that she did throughout her internship, and one highlight was being sent to New York for the retail holiday press preview event.

“It was interesting and scary and exciting all at once,” she said. “They put me up in an awesome hotel in the middle of Manhattan. To get through my nerves, I was in contact with a lot of my teammates throughout the trip, they gave me advice like just be confident in yourself — that I was there for a reason.”

Nguyen added that the confidence to belong was the overwhelming advice she received from her colleagues during her internship.

“From day one, they encouraged me to network and reach out to as many people around Amazon as much as possible and ask them to go for a coffee and chat about their experiences and advice,” she said.

An emphasis on ownership and curiosity

Now that Choudhary’s a full-time employee, he understands that he’s responsible for the operational aspect of his team, and that his manager and mentor appreciated his interest as an intern in the business side of Amazon outside of his technical responsibilities.

“They both told me that I responded to feedback well and they could see promising development and improvements in me as my internship progressed,” he said. “They were happy that I was inquisitive and wanted to understand aspects of the team beyond just my own project.”