The Met Office has issued amber and red heatwave warnings across parts of the UK today while temperatures are forecast to smash records of up to 40C in some areas. This is the highest number to ever be forecast in the UK and with Britain’s homes built to retain heat rather than release it, keeping the house cool might feel like a challenge for many.

Met Office chief meteorologist Neil Armstrong, said: “The extreme temperatures that we have been forecasting are now beginning to build. Even higher maximum temperatures will develop [today] with a 70 percent chance of somewhere in England exceeding 40C.”

In London, temperatures could reach a blistering 42C today according to weather maps from WX Charts.

While elsewhere in the UK, thunder and lightning is forecast to start hitting from today, providing some long-awaited relief for many struggling in the hot weather.

Britons have been advised to take extra precautions over the course of today – and the days to come. But if you’re suffering in a particularly hot house, there are a number of things you can do to keep it cooler. 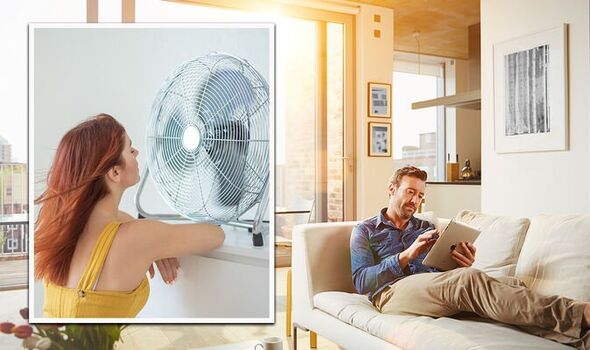 7 ways to keep your home cool during a heatwave

Letting in the sunlight on a bright day might seem the natural thing to do, but this can create a greenhouse effect. This typically refers to the way the Earth’s atmosphere traps heat – providing little to no opportunity to filter the air back out.

Evan Stevens, head of environmental care at Dyson said: “Up to 30 percent of unwanted heat gain comes from windows.”

He added: “Keep the windows, curtains or shutters closed during the day to minimise the amount of sunlight entering the home. Nighttime is when summer temperatures tend to dip, so make a habit of opening windows at night to allow cooler air to enter.”

But be sure to close them in the morning before temperatures rise again.

Although, shutting dark coloured blinds and curtains could make temperatures rise higher. This is because darker colours absorb heat so if your house is fitted with blinds of this nature, it’s better to keep these up – or swap to lighter colours if you can. 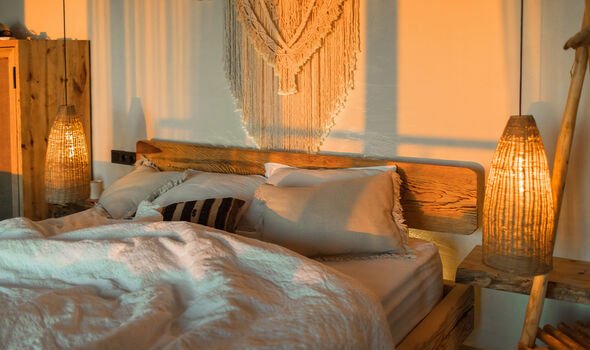 Electronic devices can generate excess heat, further contributing to the ambient temperature of the room.

Mr Stevens said: “Traditional lightbulbs, for example, use up to 90 percent of their energy generating heat, with only 10 percent being converted to visible light.

“So opt for energy-efficient lights and get into the habit of turning off and unplugging all electronic devices that are not being used.”

Cooking on a hob or in an oven can also increase indoor temperatures, so opt for a lighter, cold meal or one that can be cooked outside on a barbecue.

Mr Stevens added: “This may have the added benefit of reducing indoor levels of PM2.5, which is often generated through combustion while cooking.” 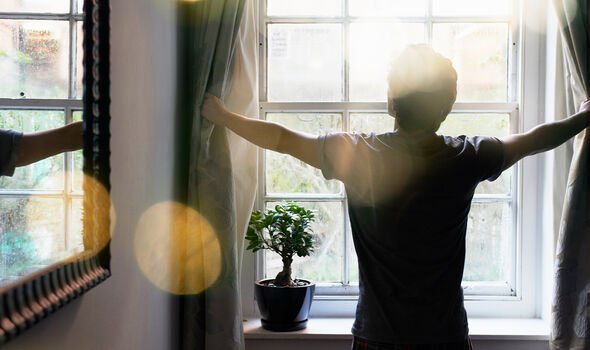 You can go a step further by opening up your loft hatch to allow the heat to rise.

The’s conflicting advice whether you should – or shouldn’t – keep your windows open in a heatwave.

The NHS George’s, Epsom and St Helier Hospitals Group advised to “keep windows closed when the room is cooler than outside, but open them at night when the temperatures have dropped.”

Where to position your fans

Positioning an electric fan at eye level is great for instant relief on your face b won’t help circulate the air to the rest f the from, meaning you’ll end up hotter over time. Instead, keep fans close to the ground.

If you have a fan on in one room, the cooler air will find its way to the rest of the rooms faster.

For quick relief, Dyson purifying fans use Air Multiplier™ technology and a 350-degree oscillation to project up to 290 litres of air per second.

Get the latest three-day weather forecast where you live. Find out by adding your postcode or visit InYourArea

Create your own solar reflector

Another good and cost-effective way to cool your home down is to make your own solar reflectors.

To do this, simply layer aluminium foil over windows – paying extra attention to the ones that get hit by direct sunlight.

This will help reflect the sun’s warm UV rays away from your windows and off of your house.

When the weather’s at its warmest, opt for lightweight, breathable clothing and bed sheets, such as linen or cotton and avoid man-made materials like polyester.

Mr Stevens said: “These natural fibres will absorb the moisture as you sweat, helping to cool your body naturally – while polyesters are water resistant and do not wick sweat in the same way.

He continued: “Surprisingly, consider taking a warm shower rather than an ice-cold one. When the body is subjected to extreme cold, it tries to regulate its core temperature by controlling blood flow to the skin.”

This means that although a cold shower may offer a brief moment of respite, heat will actually be retained within the body instead.

Mr Stevens added: “Following a lukewarm shower, the body will try to cool down and accelerate blood flow to the skin, which promotes heat loss.”

Make your own air-con

Houses in Britain don’t tend to be kitted out with air conditioning so, in these trying times, you might have to get creative.

Make your own air-con by placing bowls of ice in front of fans. This will help bring the temperature down further while passing over the ice.

Other ways to make the air from your electric fan a lot colder, include placing it by an open window or hanging a load of wet laundry nearby,