A reporter questioned Trump and he told her to 'ask China'

New York (CNN Business)President Donald Trump abruptly ended his Monday press conference after a contentious exchange in which he asked an Asian-American journalist to “ask China” about her question and then refused to take a query from another White House reporter.

Weijia Jiang, a White House correspondent for CBS News, asked the President why he sees coronavirus testing as a global competition when more than 80,000 Americans have died. 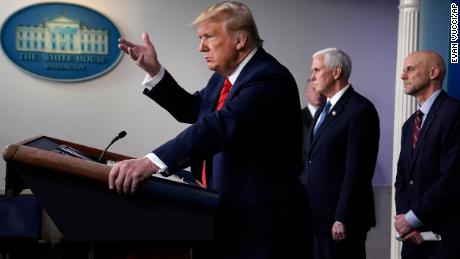 “Maybe that’s a question you should ask China,” Trump told Jiang, who was born in China and immigrated to the United States when she was two years old. “Don’t ask me. Ask China that question, OK?”

Trump attempted to move on by calling on Kaitlan Collins, a White House correspondent for CNN, but Jiang interjected with a follow-up question.
“Sir, why are you saying that to me specifically?” asked Jiang, who was visibly taken aback by Trump’s demand.

“I’m telling you,” Trump replied. “I’m not saying it specifically to anybody. I’m saying it to anybody that asks a nasty question.”
“That’s not a nasty question,” Jiang said. “Why does it matter?”
Trump then looked again to take a question from another reporter.
Collins, who had let Jiang ask Trump her follow up questions, approached the microphone.
“I have two questions,” Collins said.
“No, it’s OK,” Trump replied.
“But you pointed to me,” Collins said. “I have two questions, Mr. President. You called on me.”
“I did,” Trump said. “And you didn’t respond, and now I’m calling on the young lady in the back.”
“I just wanted to let my colleague finish,” Collins explained. “But can I ask you a question?”
Trump then ended the press conference.
“Ladies and gentlemen, thank you very much,” he said before leaving the Rose Garden.
The President was strongly criticized by critics for the behavior he displayed.
“A very ugly, ugly ending to that one-hour appearance by the President in the Rose Garden,” CNN’s Wolf Blitzer said.
Vermont Sen. Bernie Sanders called the exchange “pretty pathetic” and wrote on Twitter that Trump “is a coward who tears down others to make himself feel powerful.” 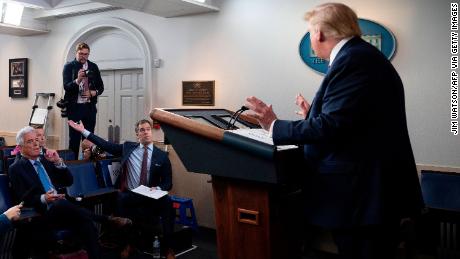 Some critics said Trump’s remarks toward Jiang were racist. It wouldn’t be the first time Jiang was confronted by racist remarks at the White House.
Jiang wrote on Twitter in March that a White House official, who she did not name, had referred to the coronavirus as the “Kung-flu” to her face.
Other critics suggested the exchange was laced with sexism.

“The President’s unprofessionalism is always revealed most clearly when he is interacting with female reporters,” tweeted Olivia Nuzzi, Washington correspondent for New York magazine.
A CNN spokesperson declined to comment. A spokesperson for CBS News did not immediately respond to a request for comment.
Source: Read Full Article