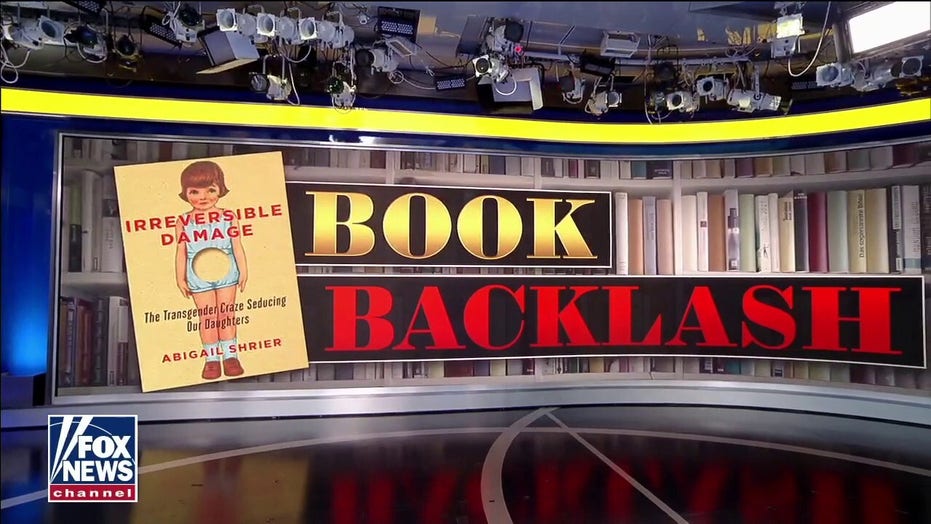 Abigail Shrier, author of book ‘Irreversible Damage,’ argues the far left is very much in favor of book banning.

The American Civil Liberties Union, in the act of celebrating the late Supreme Court Justice Ruth Bader Ginsburg and fighting restrictions on abortion, altered a famous Ginsburg quote to remove the word “woman” and replace female pronouns with the singular “they.”

Conservatives and liberals remarked upon the move on Twitter, with some accusing the ACLU of “literally erasing women.”

“The decision whether or not to bear a child is central to a [person’s] life, to [their] well-being and dignity… When the government controls that decision for [people], [they are] being treated as less than a fully adult human responsible for [their] own choices,” the ACLU posted in a photo on Twitter on the one-year anniversary of Ginsburg’s death on Saturday.

“With Justice Ruth Bader Ginsburg’s death, we lost a champion for abortion and gender equality. And on the anniversary of her death, the fight to protect abortion access is more urgent than ever,” the ACLU argued, citing the “560 abortion restrictions and bans” that pro-life politicians have introduced in state legislatures across the nation.

The correct quote, from Ginsburg’s written responses to U.S. senators during her confirmation hearing in 1993, reads as follows: “The decision whether or not to bear a child is central to a woman’s life, to her well-being and dignity. It is a decision she must make for herself. When Government controls that decision for her, she is being treated as less than a fully adult human responsible for her own choices.”

“You have become the exact type of language-bending Orwellian institution you once opposed,” author Colin Moriarty tweeted.

Even Washington Post reporter Dave Weigel, not an outspoken opponent of transgender activism, remarked upon the absurdity of altering Ginsburg’s quote. “The pronoun wars are bad and silly but editing a Ginsburg quote to remove any reference to ‘women’ looks so clumsy,” he tweeted.