The Trump administration has painted its proposed sweeping overhaul of one of America’s most important environmental laws as little more than a long-overdue effort to “streamline” a lengthy and burdensome federal permitting process so that the U.S. can swiftly build needed infrastructure.

But representatives of dozens of environmental justice, climate and conservation groups who traveled to Washington to testify against the rollback see it as something far more nefarious: an attempt to cut the public out of the democratic process.

They say the short public comment period on the regulatory change, which runs just 60 days and included only two public hearings, is evidence that the shift is meant to favor industry. Members of the public had to enter a ticket lottery in order to attend and testify at the hearings, which were held on Feb. 11 in Denver and Tuesday in the nation’s capital.

“It’s ironic,” said Angelo Logan, campaign director of the Moving Forward Network, an alliance of dozens of grassroots environmental organizations from across the country. “The process of this rulemaking is the epitome of what they’re trying to do ― eliminate public input and engagement in something that’s going to have major implications.”

The proposed rule, which the White House Council on Environmental Quality unveiled in January, would drastically change how the federal government implements the National Environmental Policy Act (NEPA), a 50-year-old law that protects air, water and land by requiring federal agencies to conduct detailed environmental assessments of major infrastructure projects. The draft rule would expedite fossil fuel pipelines, highways, power plants and other development by limiting the number of projects that require in-depth environmental assessments and setting strict review deadlines for those that do. And it would allow agencies to ignore not only a project’s vulnerability to climate change impacts but also its “cumulative” effect on global warming ― at a time when billion-dollar climate and weather disasters are on the rise.

NEPA, as it now works, has given communities a say in the decision-making around major development and ultimately the power to leverage change, said Mildred McClain, a longtime environmental justice advocate and community leader in Savannah, Georgia. In the 1990s, she worked with residents in towns near the Savannah River Site, a massive nuclear production and storage facility along the river in South Carolina, to understand and respond to an environmental impact statement assessing an Energy Department plan to receive and store 15,000 spent nuclear fuel rods at the site.

“NEPA gave what I call regular residents, regular people, the opportunity to become informed, to become aware, and then to say, ‘Well, how do I feel about this?’” McClain, the executive director of Savannah-based Harambee House/Citizens For Environmental Justice, told HuffPost ahead of testifying on Tuesday. “To find out what the impact was going to be of this nuclear facility bringing all of that junk into our neighborhoods.”

Back then, McClain and other environmental leaders forced the Energy Department to hold public meetings in the community, she said. And they brought in their own independent scientists to provide expert feedback to the agency.

“NEPA is not perfect,” McClain said. “But it is at least a positive tool for residents to weigh in and to challenge some of the analyses that they make and to make recommendations as to what some of the alternatives could be.”

The Trump administration’s proposal would blow up this inclusiveness, critics contend. Fewer projects requiring environmental review would mean fewer opportunities for the public to weigh in on construction that could put public health and the environment at risk. 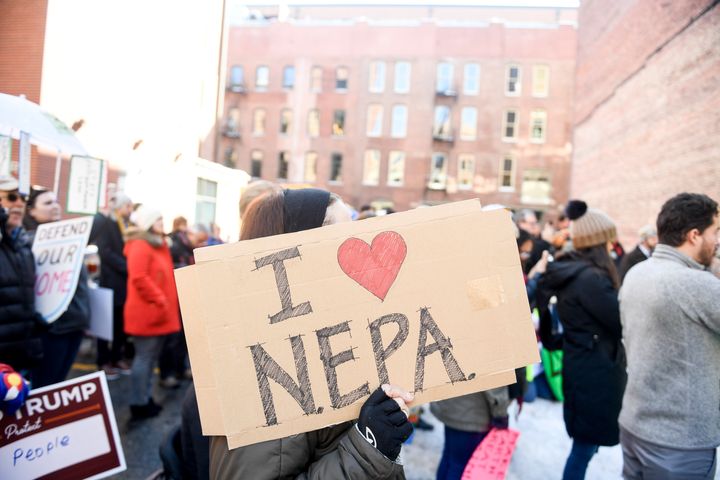 President Donald Trump’s plan would also give companies more power over the environmental reviews of their projects, assessments that have historically been conducted by federal agencies and outside contractors. “Applicants and contractors would be able to assume a greater role in contributing information and material to the preparation of environmental documents, subject to the supervision of the agency,” reads a section of the revised rule.

“It would allow blatant conflicts of interest, leaving the door open for companies to engage in bald-faced self-dealing that benefits no one but themselves,” Christy Goldfuss testified on Tuesday. Goldfuss is a former chair of the White House environmental council under President Barack Obama and the current senior vice president for energy and environment policy at the left-leaning Center for American Progress.

Sen. Tom Carper (D-Del.) and Rep. Raúl Grijalva (D-Ariz.) also spoke against the rule change on Tuesday. Carper, who has NEPA oversight authority as the ranking Democrat on the Senate Environment and Public Works Committee, slammed the Council on Environmental Quality for limiting public participation in drafting the new rule and said the proposal “hands over to the fox the keys to the henhouse.”

“NEPA reminds us that our government is one that is ‘of the people, for the people and by the people,’” Carper said. “Sadly, this proposal and this process have been just the opposite.”

Grijalva called the law “a critical civil rights tool” that “gives all Americans a voice in federal decision-making.”

Support for Trump’s rollback is largely limited to the industries that stand to benefit most from weakening the regulations, including fossil fuels, agriculture and freight. They have long argued that it is time to “modernize” NEPA ― a positive spin that the Trump administration has adopted.

At a press conference in Washington on Monday, the U.S. Chamber of Commerce and several industry executives argued that the overhaul is essential for jumpstarting American innovation and boosting economic growth and job creation. They accused “special interests” of holding infrastructure projects “hostage” with frivolous lawsuits.

“If we have any hope of achieving a net neutral [carbon] economy in the next 30 years, we are going to have to invest literally trillions of dollars in brand-new energy systems,” Grumet said. “We need industrial-strength decarbonization, and that is not going to happen if we have a reg system that is not able to build big things and build them fast.”

The rule change would mean that agencies no longer had to weigh projects’ effects on climate. Asked how removing those requirements doesn’t contradict the Chamber’s pro-innovation agenda and message of environmental stewardship, Donohue resorted to a favorite climate-denier talking point. “The climate changes all the time,” he said, adding that lengthy permitting won’t get the U.S. any closer to building and deploying renewable energy and climate mitigation technologies. 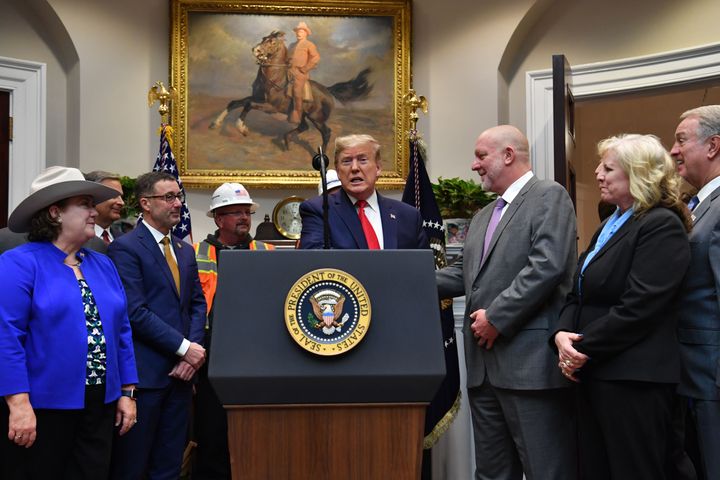 The NEPA process currently requires agencies to consider environmental justice in their decision-making as well. Low-income populations and communities of color are disproportionately affected by both the impacts of major development, including highways and fossil fuel infrastructure, and the mounting effects of climate change.

Logan’s biggest concern is that the NEPA rollback will have a detrimental effect on people who lack the resources of affluent communities and are most in need of such protections.

McClain said she fears additional harm will come to her own community.

Trump’s changes would be the first major update to the law in more than four decades. In announcing the administration’s plans last month, Interior Secretary David Bernhardt declared that the NEPA overhaul “will be the most significant deregulatory proposal” that the president implements during his time in office and will influence “virtually every significant decision made by the federal government that affects the environment.”