If you’re tired of paying record-high gas prices and burning fuel in city traffic, tech company Volocopter just might have a solution.

The aircraft innovator completed its first successful test flight of the all-electric, four-seater "VoloConnect" urban air taxi, which is set to launch commercially in 2026 according to its CEO.

On "Varney & Co.," Reuter detailed the VoloConnect’s flying capabilities, which offer further and faster travel than any of Volocopter’s existing aircrafts.

"They're all built on the same platform, fully-electric, no problems with high gas prices and all that we've recently heard," Reuter explained, "and they all adhere to the high safety levels."

While the VoloConnect can travel over 60 miles and at speeds reaching 155 mph, according to a press release, the company plans to introduce its two-seater air taxi called the "VoloCity" even sooner. 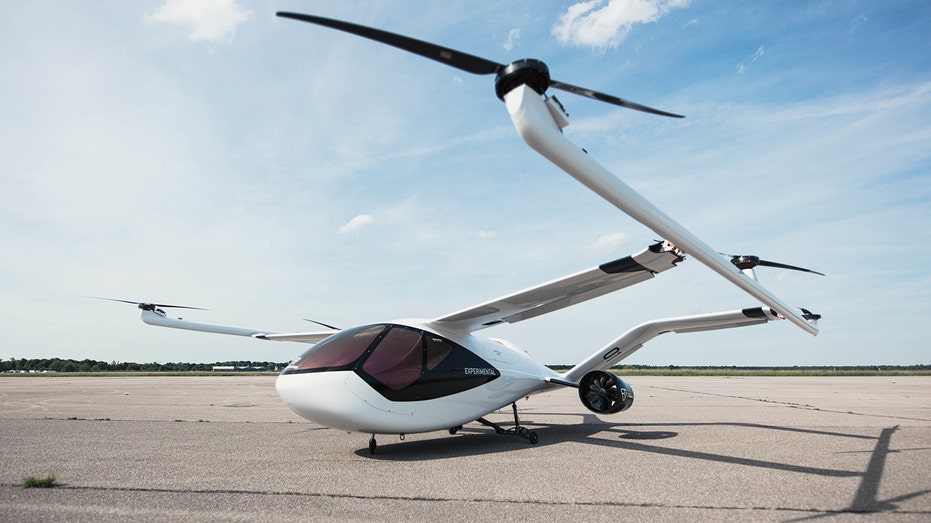 "It's a different vehicle architecture designed for the inner city short-range missions. It's optimized for vertical efficiency and low noise, and that is set to fly already in 2024 in time for the Paris Olympics."

The CEO noted that, similar to electric vehicles, building the aircraft’s batteries was a crucial part of the flying process.

"The battery is the key element that you need to master in terms of safety and performance in order to bring electric flight to people all over the world," Reuter said. 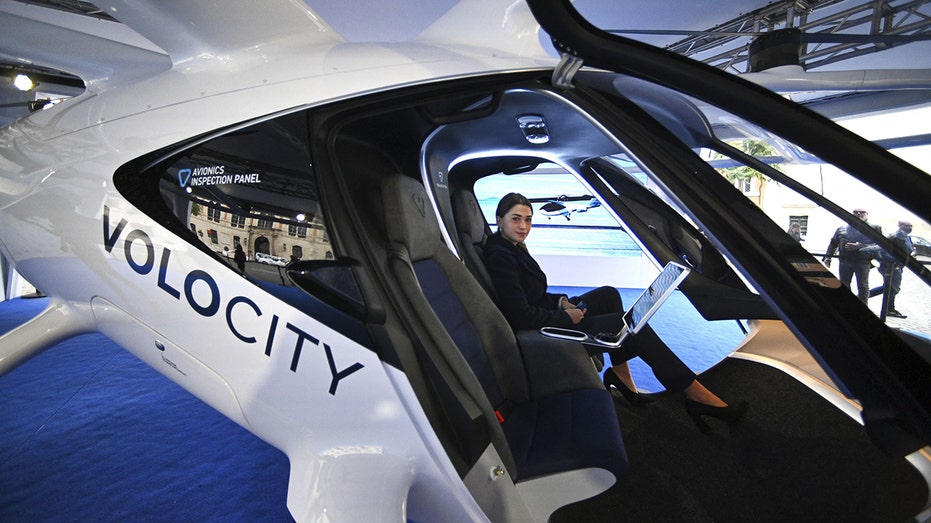 A woman sits aboard a VoloCity drone, the innovative air taxi created by the German company Volocopter. (Getty Images)

Now that Volocopter’s flown past the battery challenge, its CEO expressed excitement for the taxi's real take-off.

"This is absolutely coming," Reuter noted, "and it’s around the corner."