ANCIENT cave paintings dating back 1,500 years have been found in western Turkey and archaeologists think one looks just like Pinocchio.

The faint carving on a rock wall has been dubbed Ancient Pinocchio because of the drawing's long nose. 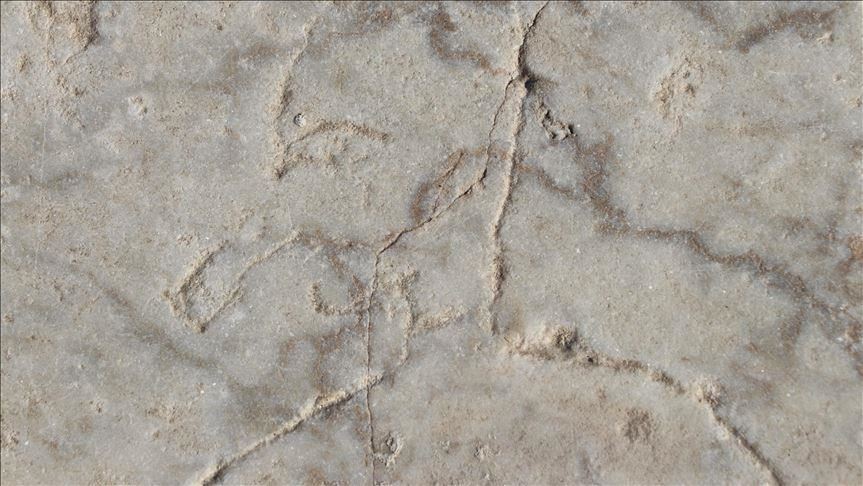 According to the Anadolu Agency, Celal Simsek, a Turkish archaeologist leading the excavation, said: "There is a man with a long nose in the first painting.

"The second one has a Roman bust and the last one shows a cleric.

"The long-nosed man in the first painting looks like Pinocchio."

Although the 'Ancient Pinocchio' was carved long before the fairy tale was published in 1883, you can see why the experts have highlighted the similarities. 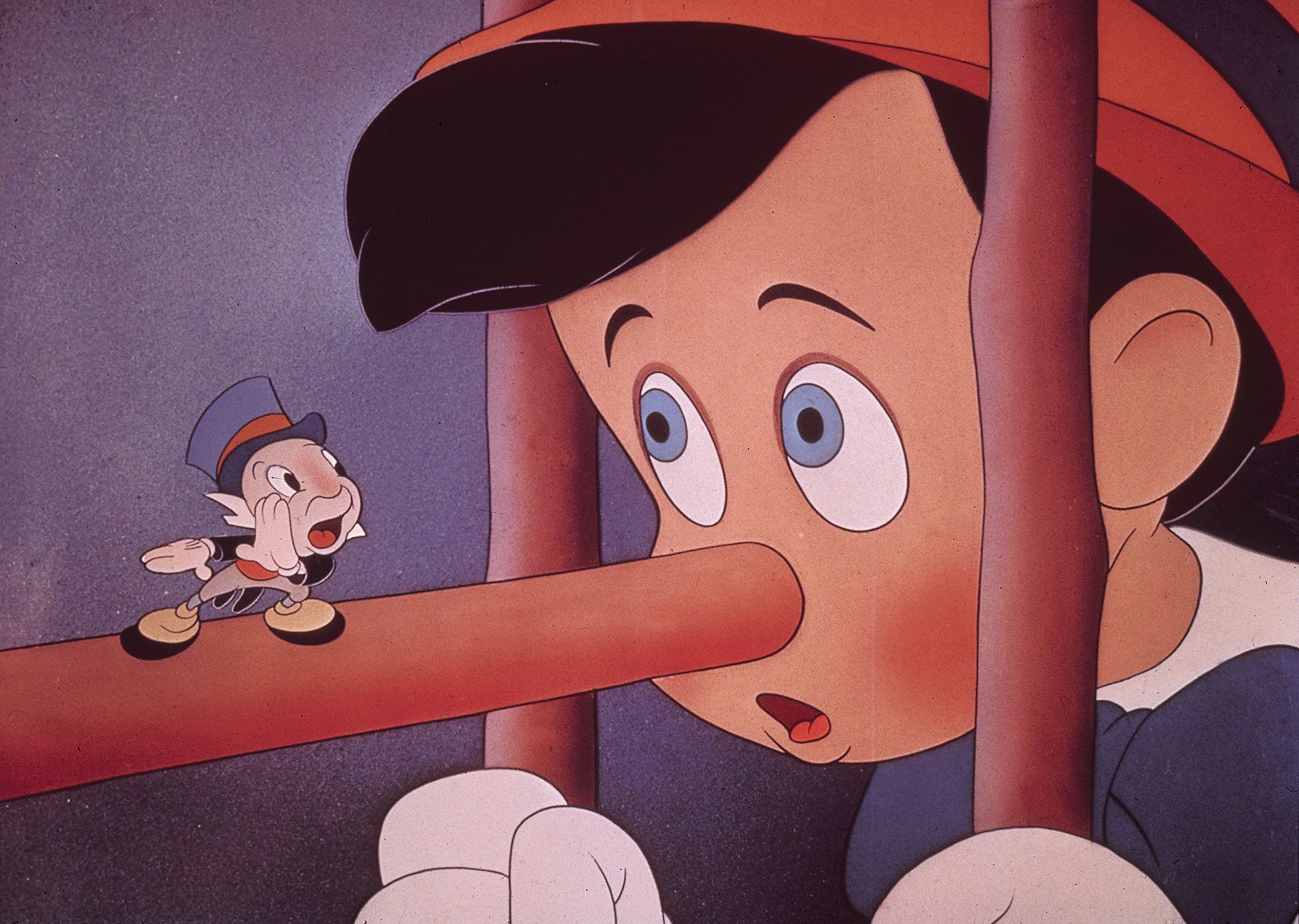 In the fairy tale, Pinocchio is a wooden puppet whose nose gets longer if he lies but he eventually earns the right to become a real boy by proving his truthfulness.

Interestingly, the cave paintings are thought to be telling a slightly similar story.

Experts think each painting is likely to be representing the daily life of people in the 4th century.

Simsek added: "We can consider this long-nosed man as Pinocchio of the ancient ages.

"Lies and truths are concepts which have emerged over time. This man could have been drawn to depict liars back in the days." 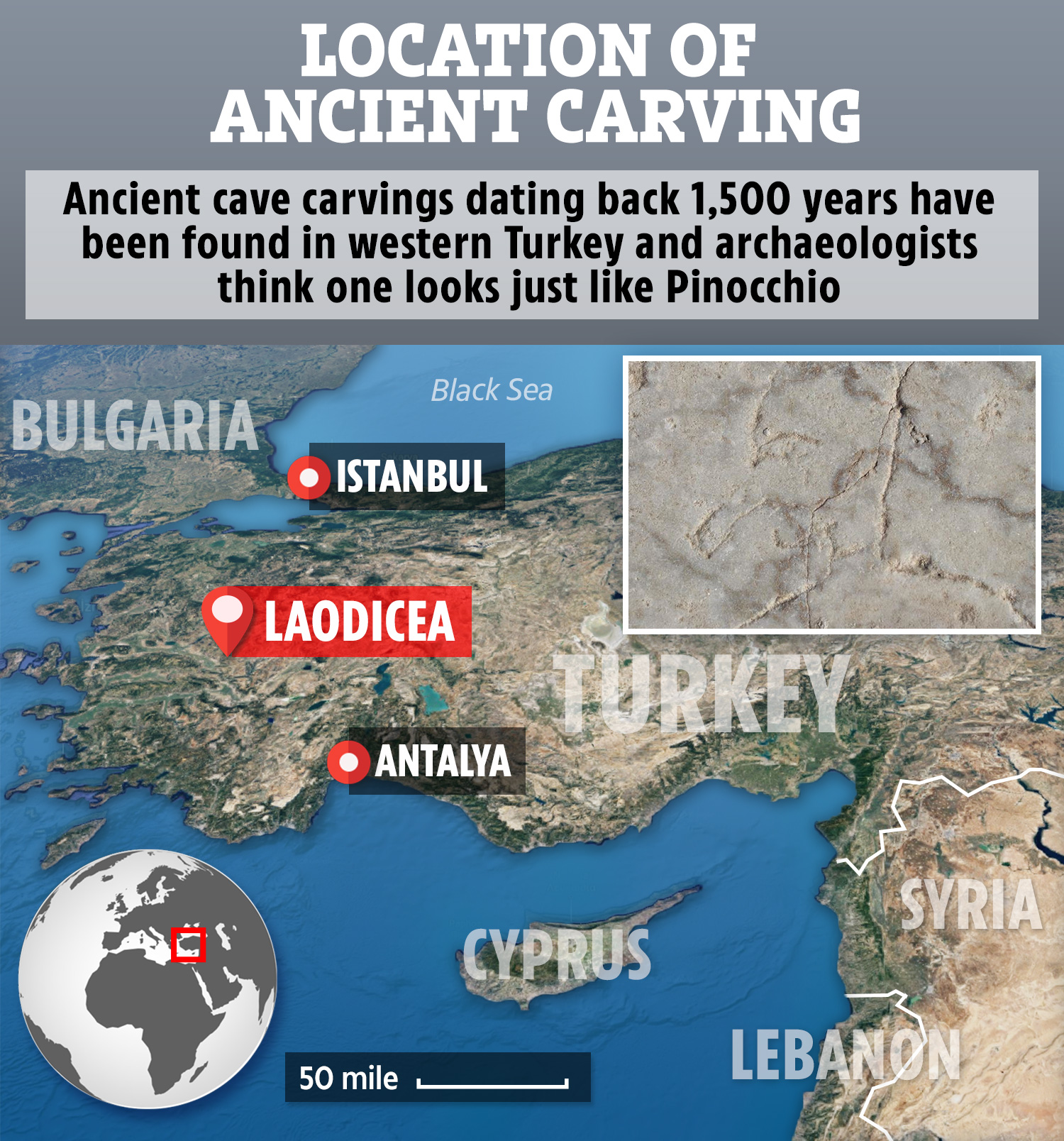 The carvings were found during an archaeological excavation in the ancient city of Laodicea located in Denizli province of Turkey.

Laodicea, the largest ancient city of Anatolia after Ephesus, is registered in the UNESCO World Heritage Tentative List.

This means it is considered to be of outstanding universal value.

The area is home to one of seven churches mentioned in the Bible along with many other historic artefacts and buildings.

Excavations have been ongoing there since 2003.

In other archaeology news, hundreds of bottles of posh booze ‘for Russian Tsar’ worth £4.7million salvaged from shipwreck.

The mystery over who built Stonehenge may finally be solved after experts uncover ‘Britain’s first city’ a mile away.

And, the face of a 1,000-year-old Viking warrior woman with a gruesome battle wound across her skull has been revealed.

What do you make of the Pinocchio cave drawing? Let us know in the comments…