She reiterated claims that James used the report to get Cuomo to resign so she could run for governor herself, which she did in October before dropping out in December.

“There must be accountability, and the chief legal officer will never be inclined to examine what happened here,” Glavin said, according to the Times-Union.

They are seeking her censure or the suspension of her law license. 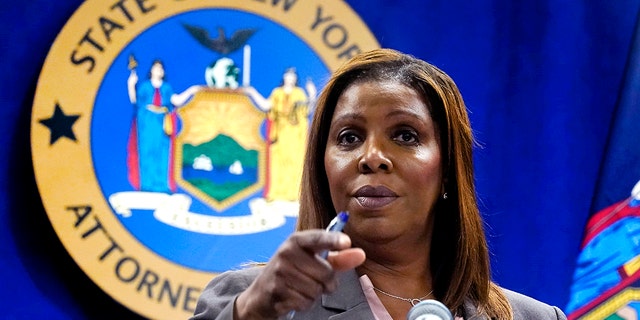 Cuomo resigned a week after the report came out in August in the face of likely impeachment in the state Assembly.

In response, James spokesperson Delaney Kempner said, “For months, Andrew Cuomo has been hiding behind his campaign lawyer and falsely crying ‘witch hunt’ despite previously admitting to this misconduct multiple times. If he thinks he has a real legal case, he should go ahead and file it. These attacks are disgraceful and yet another desperate charade to mask the truth: Andrew Cuomo is a serial sexual harasser.”

This week, an anti-sexual harassment group filed a complaint with the state Bar Association against Cuomo asking for disciplinary hearings and his disbarment.

“​​Given the sustained and brazen nature of his offenses, we believe it’s clear that Mr. Cuomo is not fit to continue serving as an attorney in the state of New York,” the complaint said, according to the Times-Union.