CHAOS erupted on a quiet street after defiant residents desperately tried to stop council bullies from painting yellow lines on their road.

Dozens of cops swooped on Chivers Road in Chingford, north east London, on Thursday as locals formed a blockade with wheelie bins to prevent the “disgraceful” works going ahead. 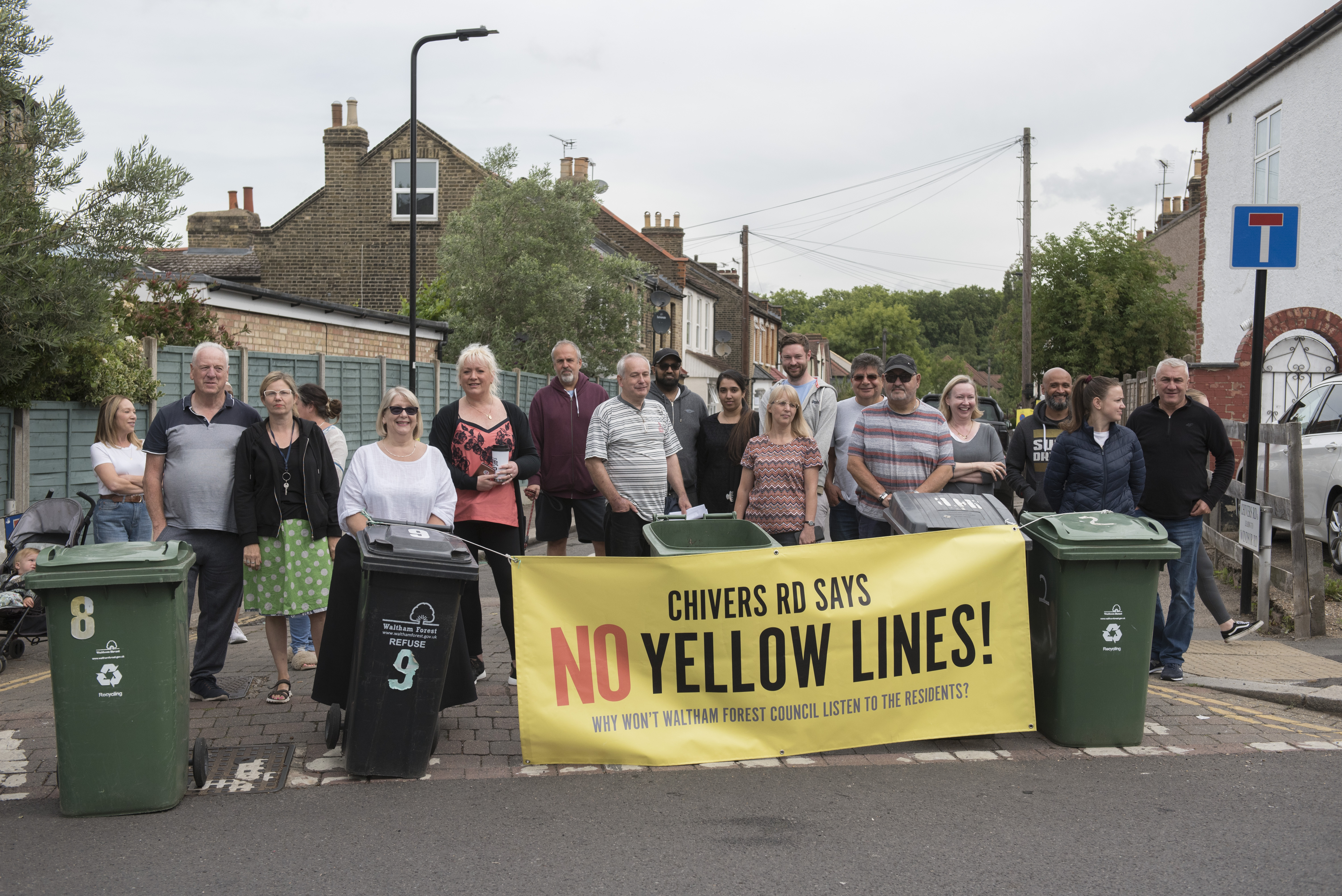 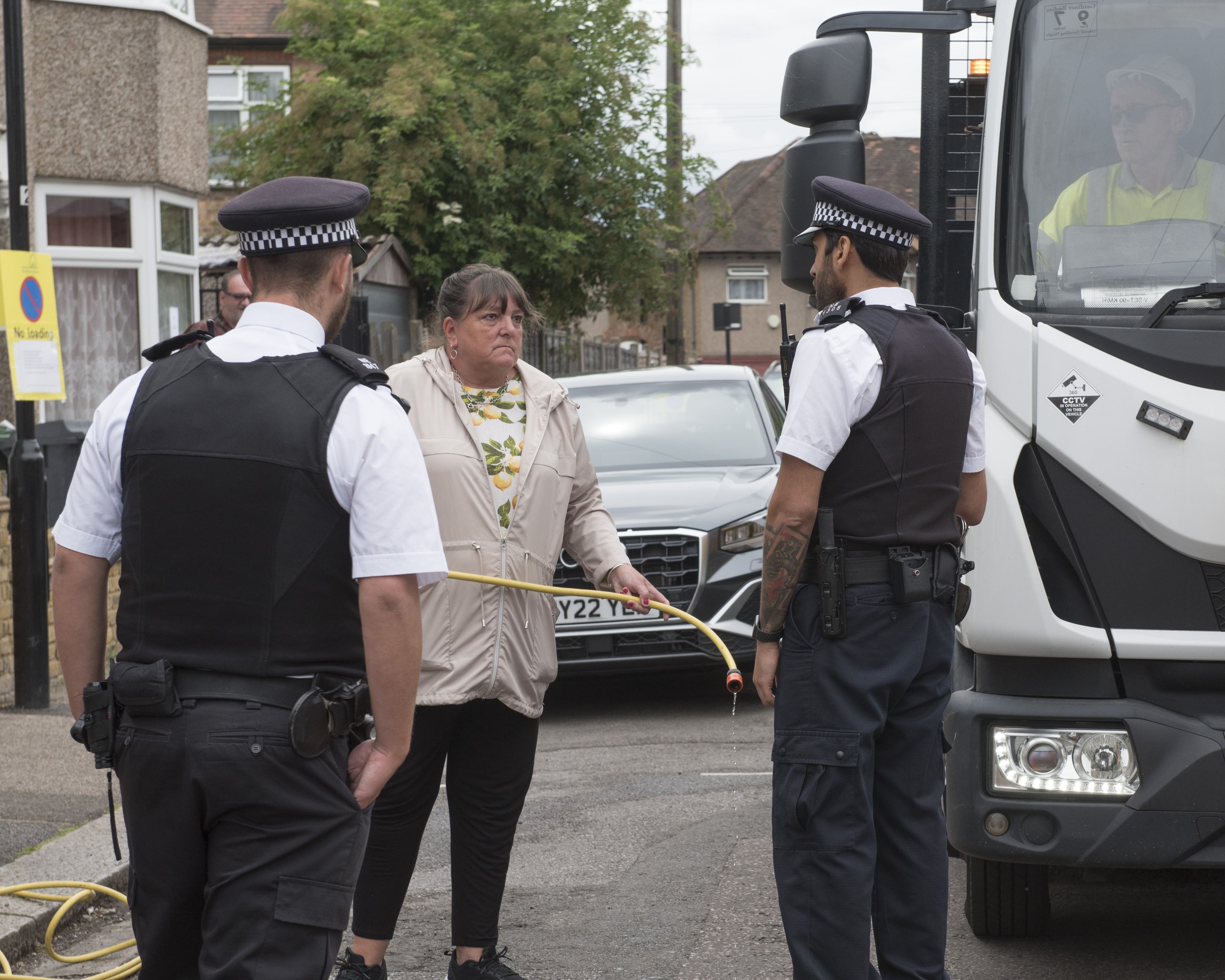 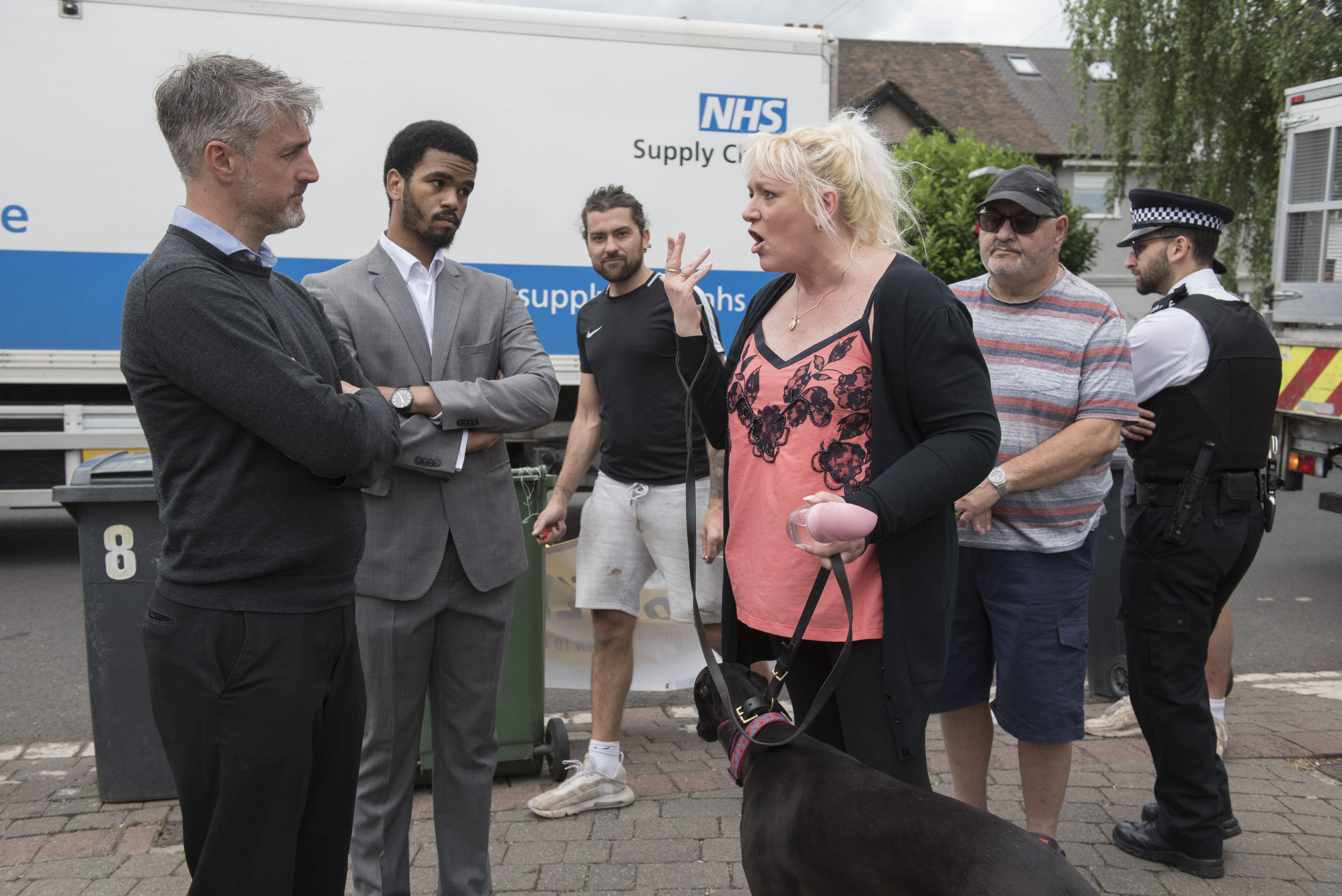 A four-hour standoff and furious rows exploded between council officials, cops, traffic wardens and residents, as two years of simmering tensions boiled over as the line painters moved in.

At one point one man threw himself in front of a lorry while a lady armed herself with a garden hose as Waltham Forest Council tried to throw double yellow lines over decades of free parking.

Speaking to The Sun as tensions soared, vocal resident Steve Timpson said how despite pleas and “hundreds of letters”, furious neighbours have “heard nothing for a year and a half”.

The 61-year-old electrician added: "At night this road is fully parked with every space taken up, if a double yellow line goes down everyone has got to find somewhere else to park." 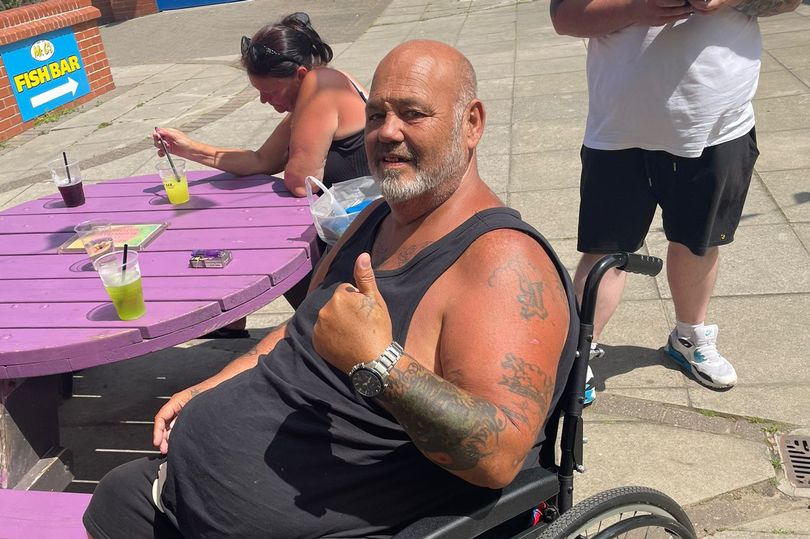 Steve – who has lived on the road for 35 years – said the council wants residents to park on the already clogged main arterial New Road despite "every space" being taken up.

But this will become "a total gridlock" if residents are forced to park along it – and women fear for their safety having to make late night trips hundreds of metres back from their cars.

When The Sun visited Chivers Road, a lorry was forced to reverse after two busses got stuck and could not pass each other on New Road.

The council insists the yellow lines – which will run along one side of the street – is to prevent fire engines and ambulances getting stuck.

But residents said this excuse is a "fabricated" story for wider plans to cut traffic across the borough – and despite warnings, they insist the council has refused to listen to them.

Tensions rocketed as a Neighbourhood Officer from the council began dragging blockade bins off the road in an attempt to confiscate them – but residents simply dragged them back to cheers.

Amid the chaos, flaming rows broke out while one man accused the council of “crushing the little guys”, forcing cops to step in.

Arif Rustem, 67, who has lived 40 years on the street, said: "If we knew they were going to do something like this, you wouldn’t move here."

Another resident chimed in saying one property's value has collapsed by “40 percent” thanks to the plans.

Meanwhile Paul, another resident on the street, added: “It just feels like we are being victimised.”

Anger had already been fuelled by signs which said the works were for drainage but workers then turned around and told residents yellow lines were going down, resident Julie Anderson said.

Kevin Freimannis and Ashley Small of the Highways Department at Waltham Forest Council – who came up with the scheme – gave no comment to The Sun. 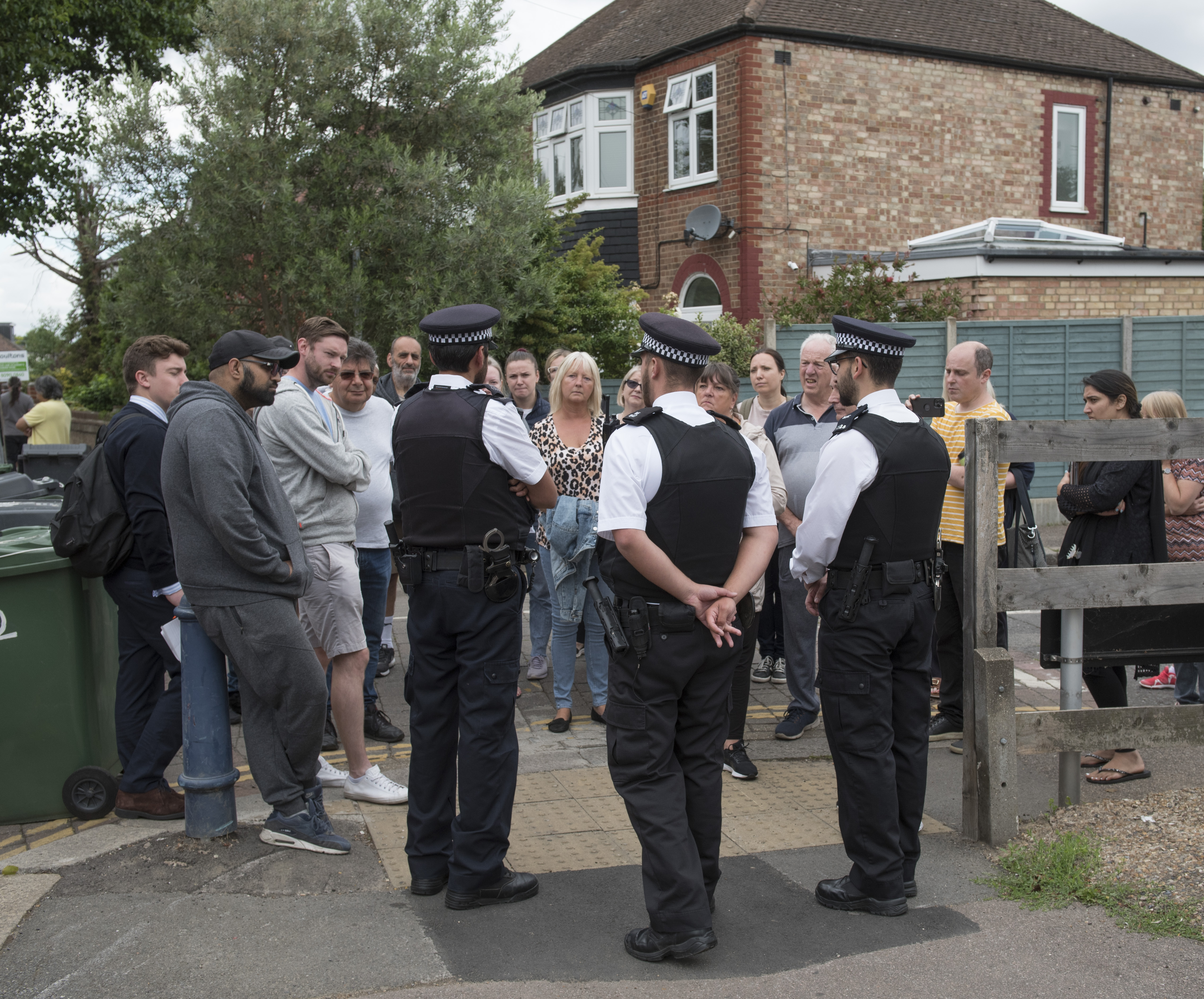 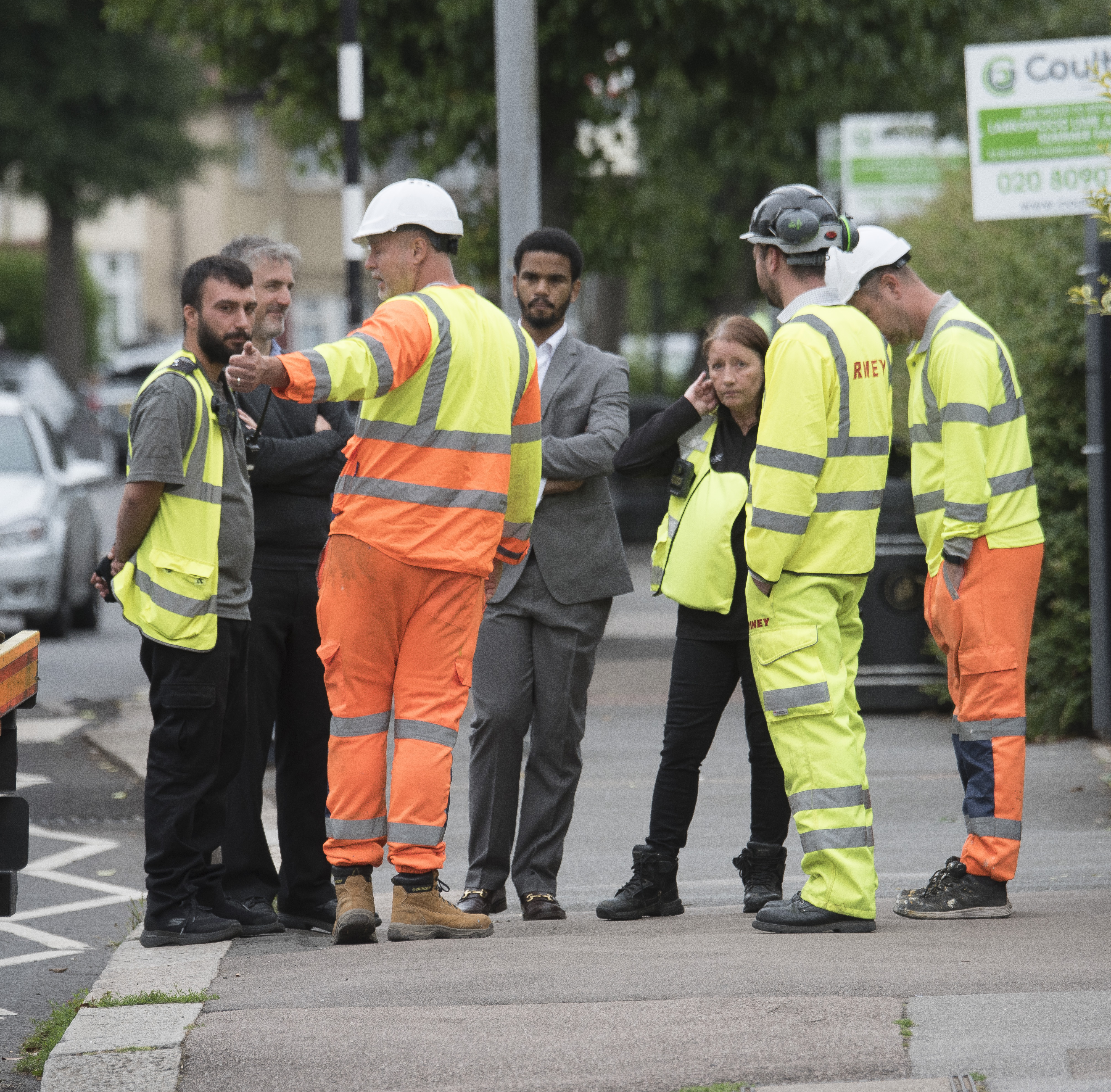 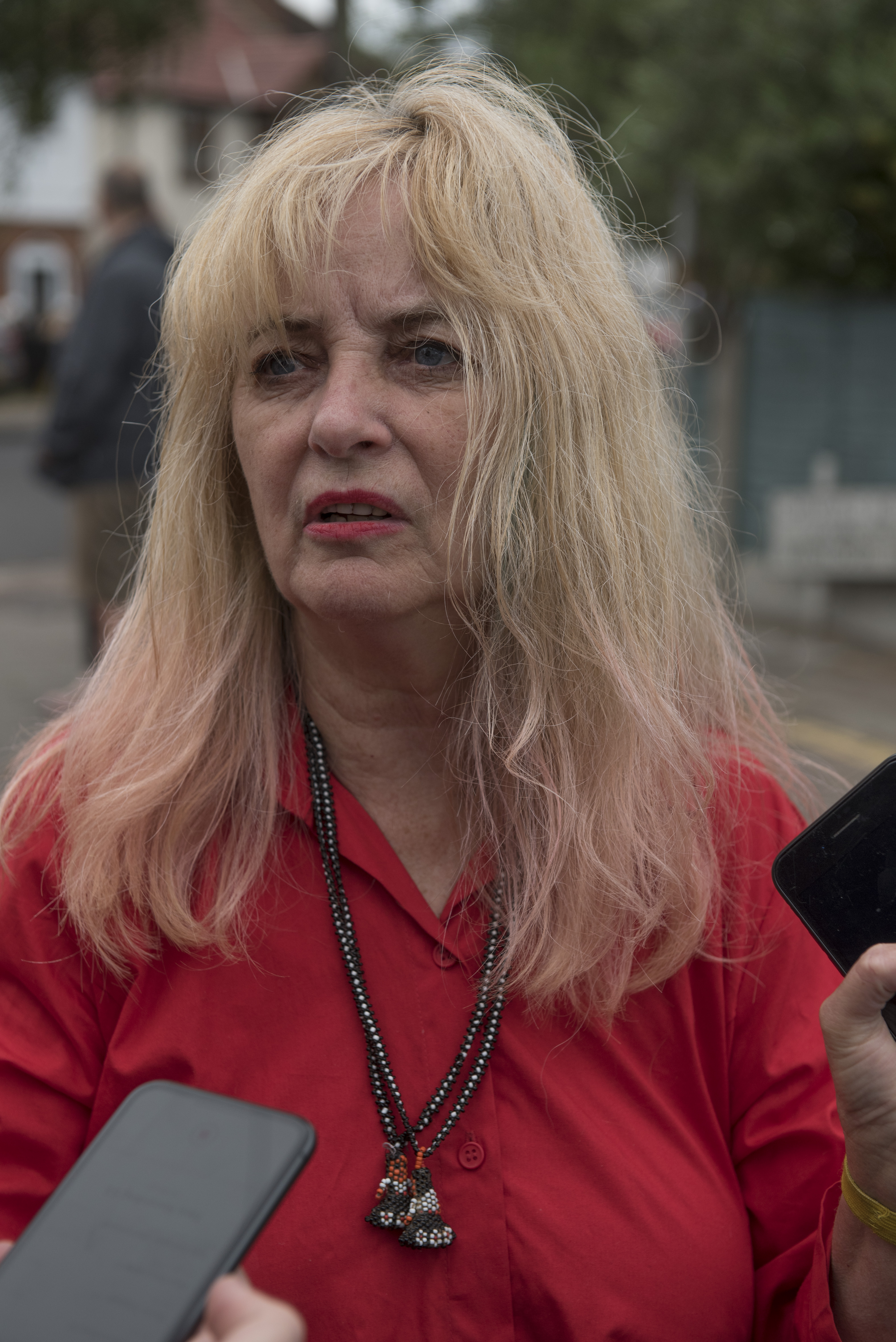 The standoff followed an earlier fracas on June 17 when line painters from the council were barred from carrying out works when faced down by the Cockney rebels.

Besima Gok, 52, who has lived on the road for 19 years, says her car is a “lifeline” which allows her to shop.

She also said women and young girls will be put at greater risk thanks to the double yellows.

The mum added: “My daughter has anxiety, depression, PTSD, and sometimes she collapses so I have to take her to the GP or the doctor… it just makes your life harder.”

Sharron Bradbury said: “We have lived here 34 years and my husband Glen is a black taxi driver, he has got COPD/asthma.

This will put all the pressure on my wife, who is 80 by the way, to do the driving… I can’t believe it

"When we spoke to the councillor last time he just shrugged his shoulders, he didn’t want to know.

"If he comes home and he can’t park, he is going to have to walk and he will suffer.”

Mum-of-one Lorraine Hyde-Banning, slammed: “None of them have spoken to us face to face, it has literally all been done over Covid."

While Bryan Fleet, 84, who has lived on the street for 59 years with his wife Janette, said he has a number of health issues which require regular trips to hospital.

He said he has to have a car outside his house as being round the corner will be nothing short of a nightmare for him.

Blue badge holder Bryan, who recently had an application for a disabled bay turned down, told The Sun: “Look at my bloody ankles!

"This will put all the pressure on my wife, who is 80 by the way, to do the driving. I can’t believe it.” 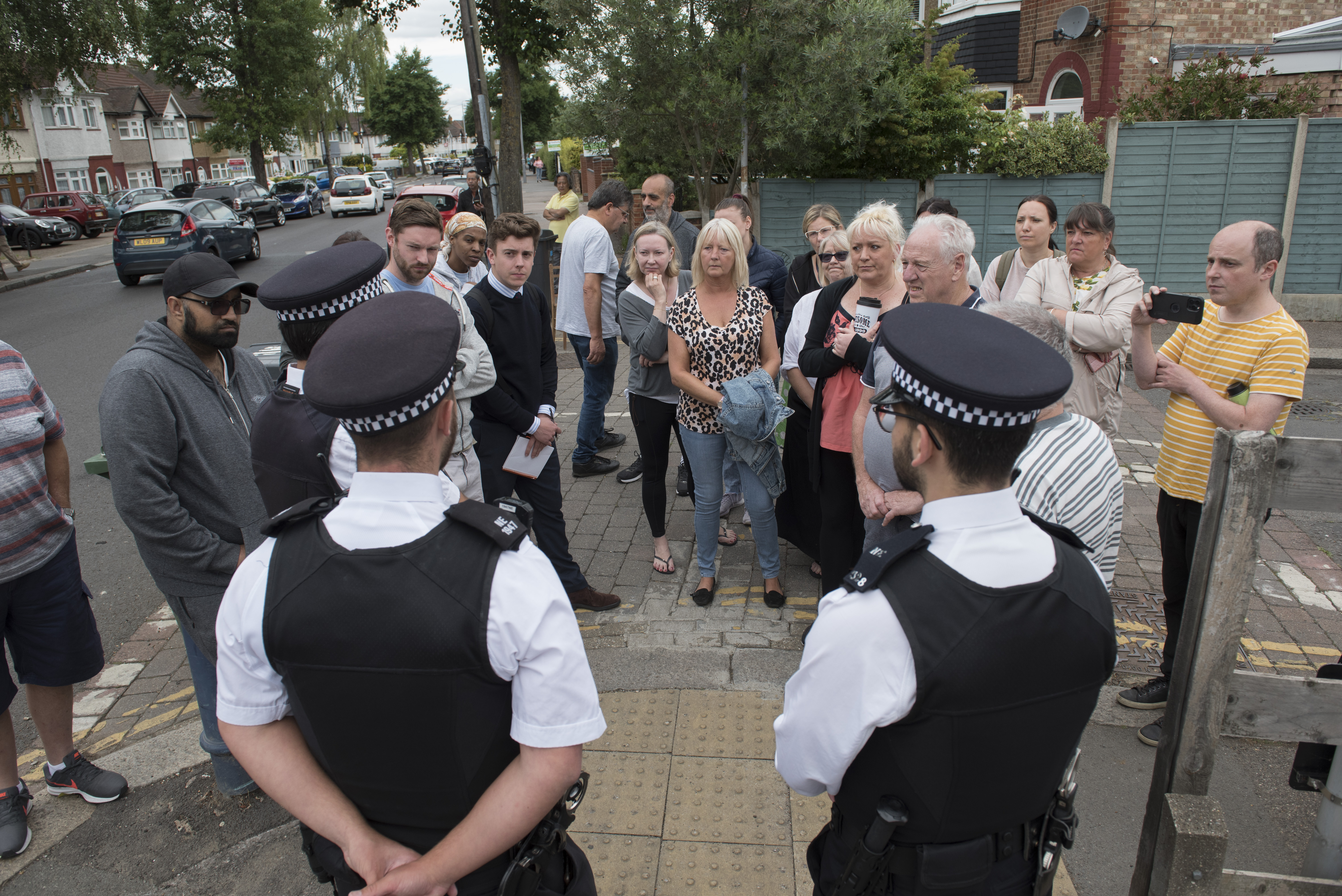 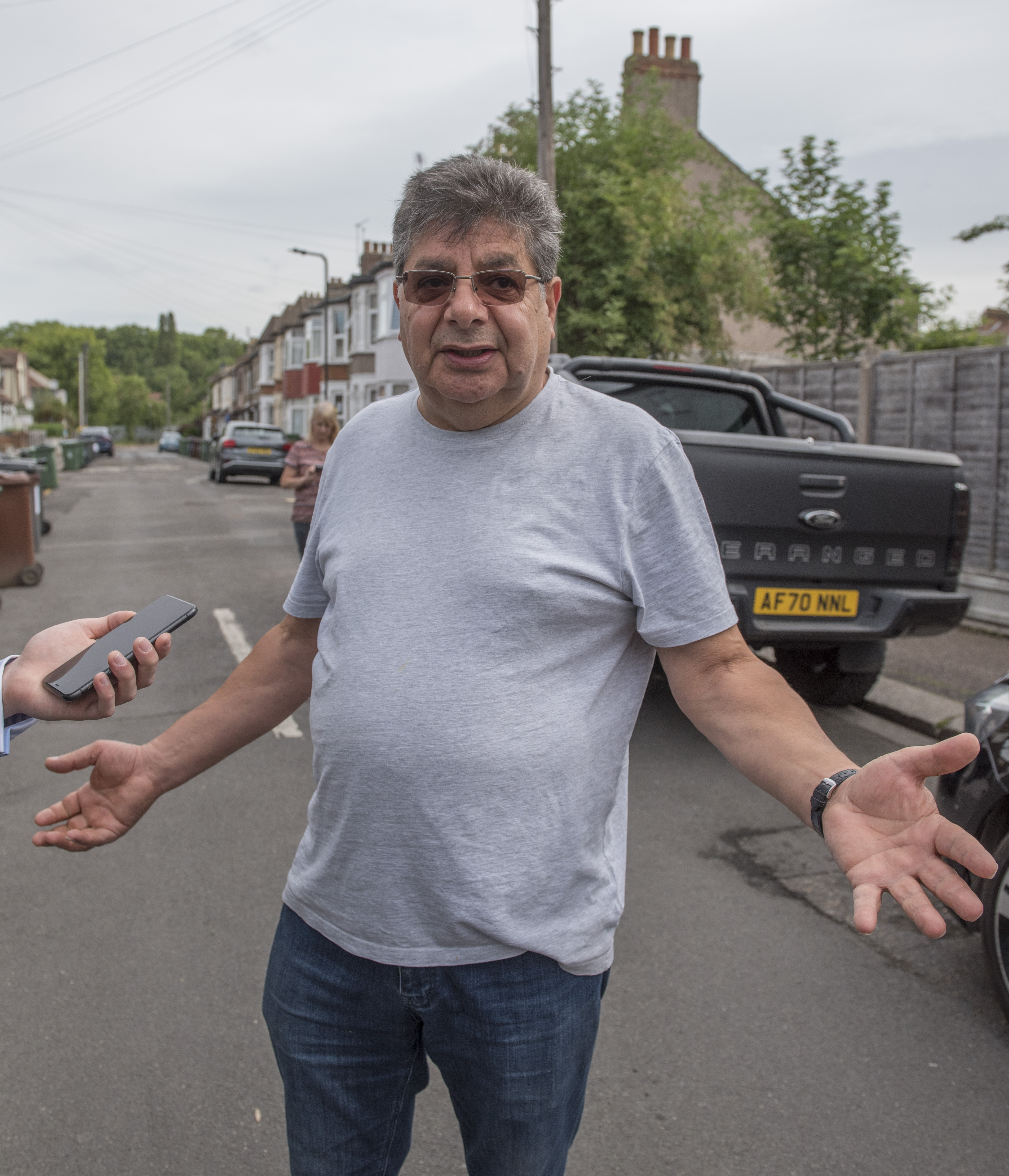 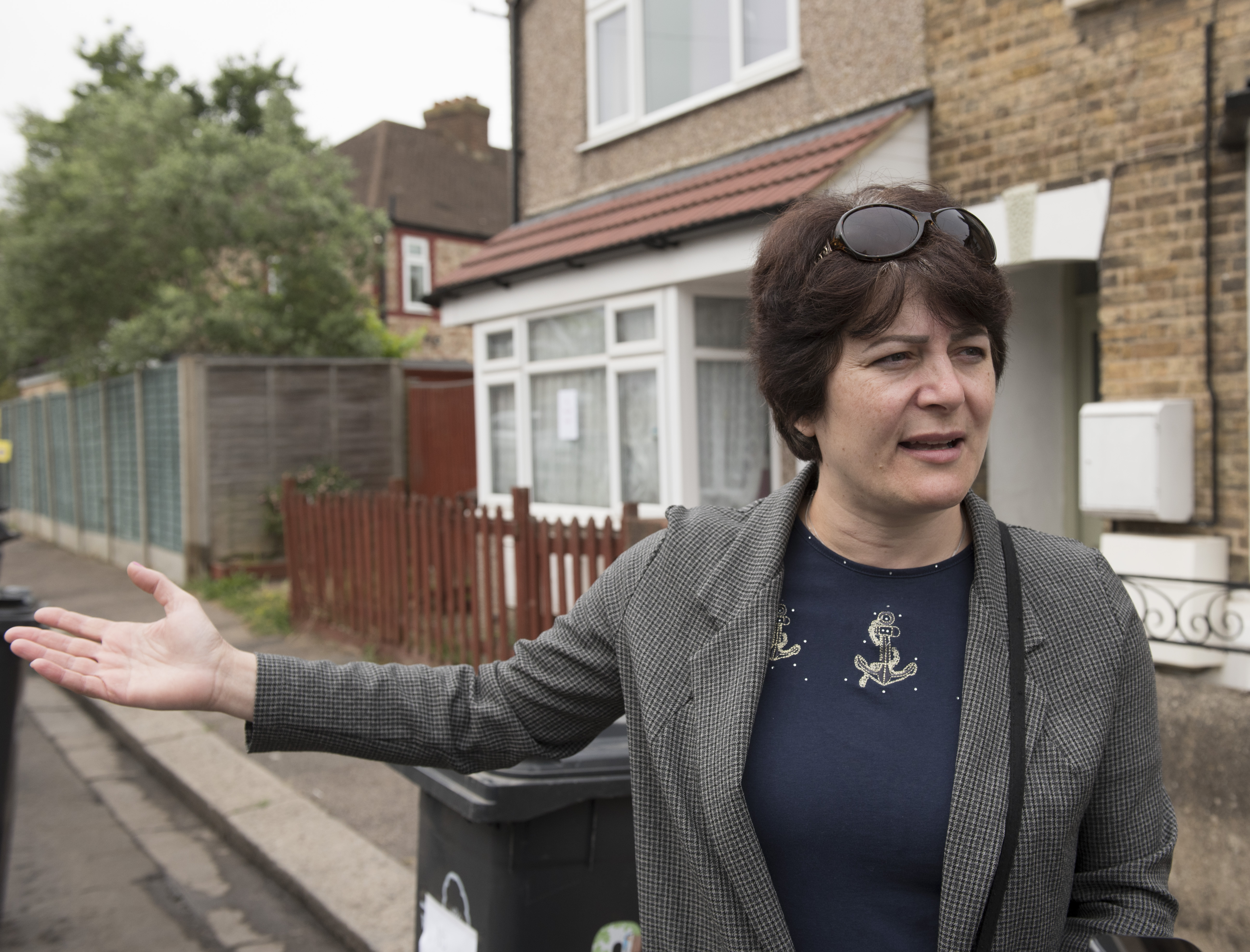 Residents later got chairs and sat in the street to stop the roadworks lorry coming through.

But the council got their way as they pushed through with cops telling residents to “resolve issues later”.

However, it didn't stop one resident throwing himself in front of the lorry in an effort to block its path before police pleaded with him to move.

Meanwhile, a woman was seen getting her hose out and having a stand off with police and contractors as they rolled through.

Watching on as the yellow paint hit the tarmac, spokesman Steve Timpson said: "I feel sick."

He added: “It’s just heavy handed. We want it to be for everybody, a solution can be found, not forced.”

Another resident furious at the situation said: “The police will be back anyway once we all start fighting each other over the parking!”

"On June 22 we delivered letters to inform residents of works to be carried out on June 30, as well as installing parking suspension notices in the area.

“While historical decisions have permitted curb parking in some nearby roads, it has been ruled out as an option by the Council as it hinders legitimate pavement users such as pedestrians, families with young children and buggies and those with mobility requirements such as using with mobility scooters.

"This is in line with London legislation preventing pavement parking.

“A detailed evaluation concluded double yellow lines as the only workable solution to concerns over emergency services access and waste collection challenges, whilst maintaining pavement space for pedestrians and their associated needs, as outlined previously.” 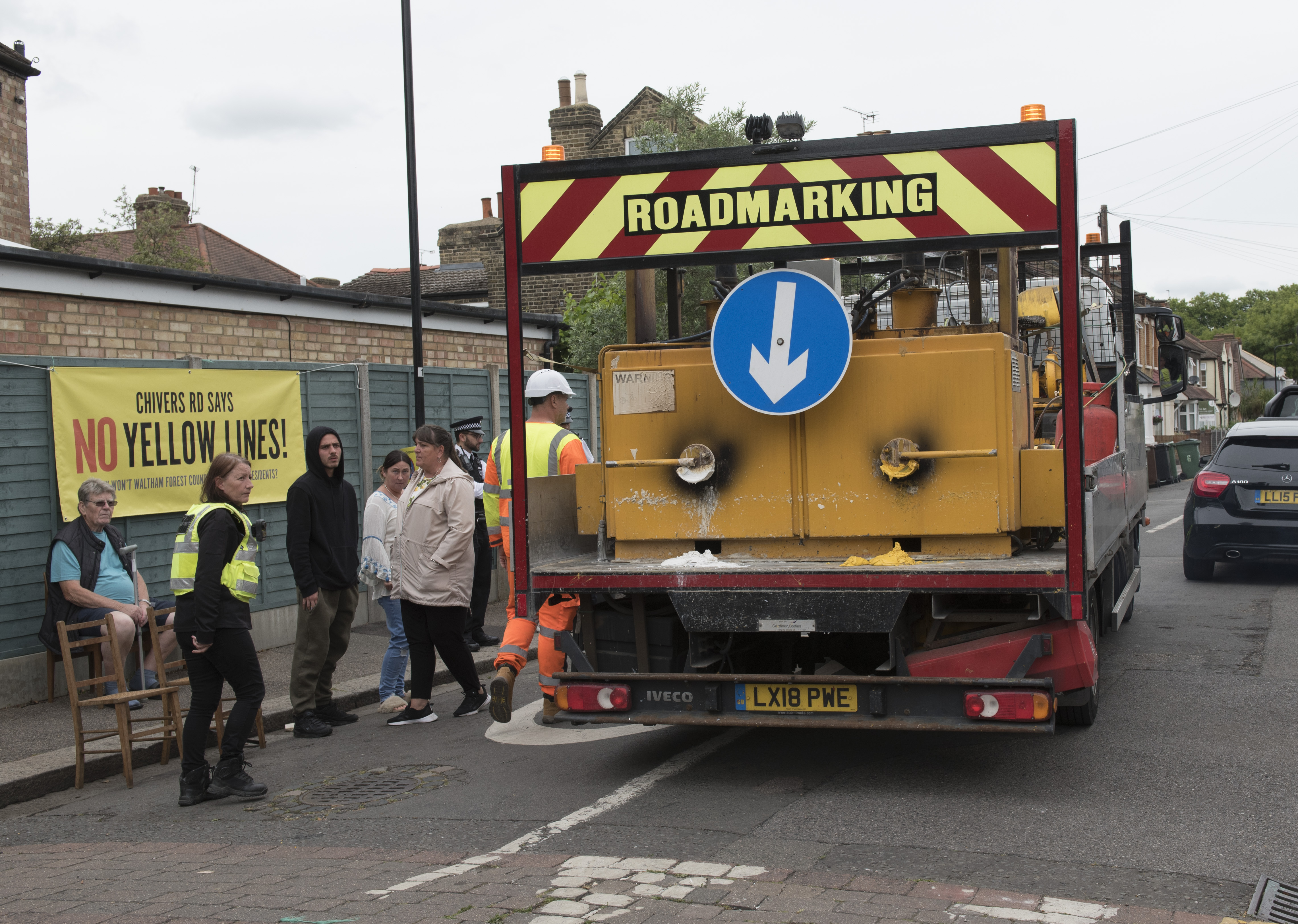 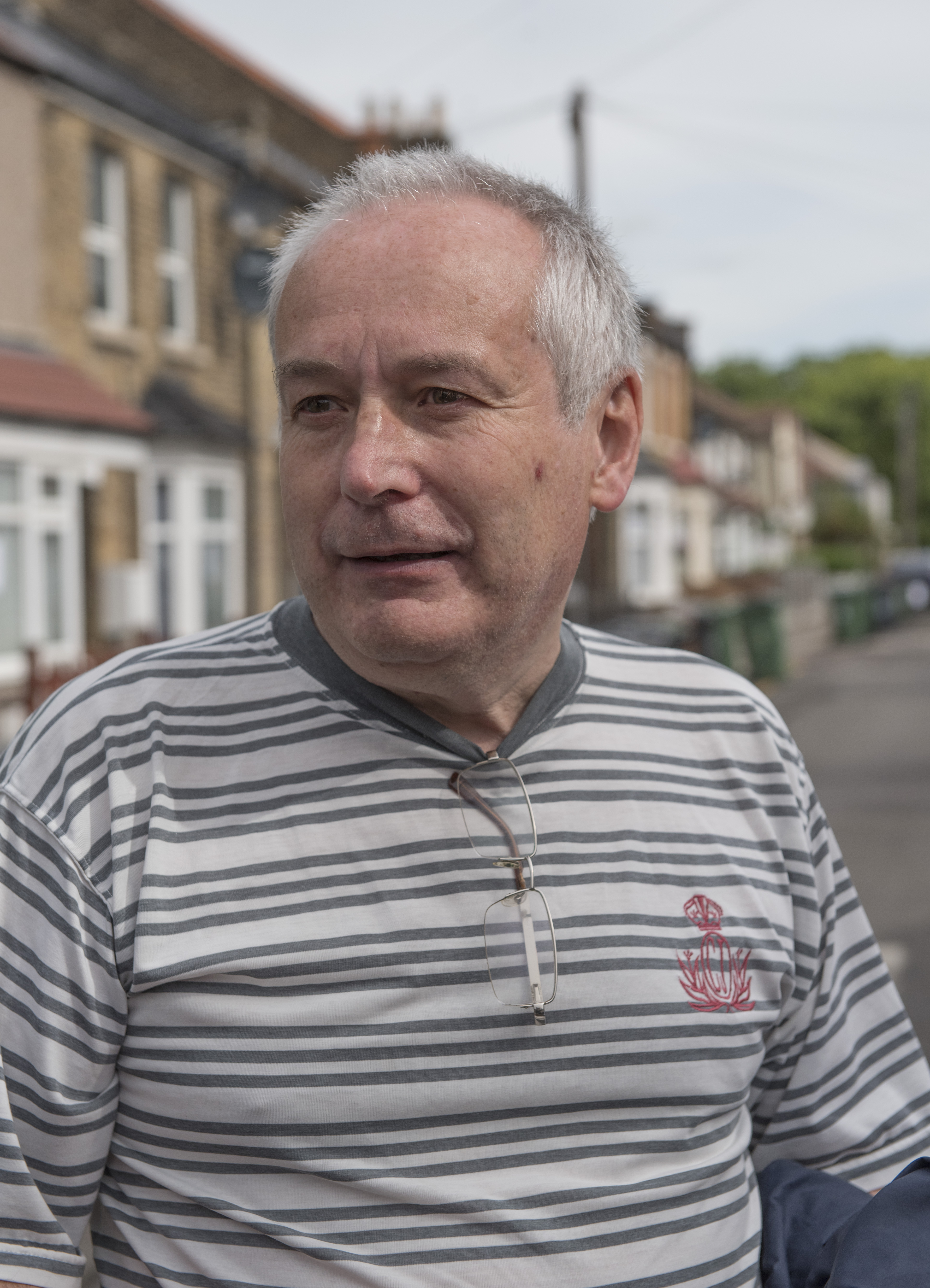 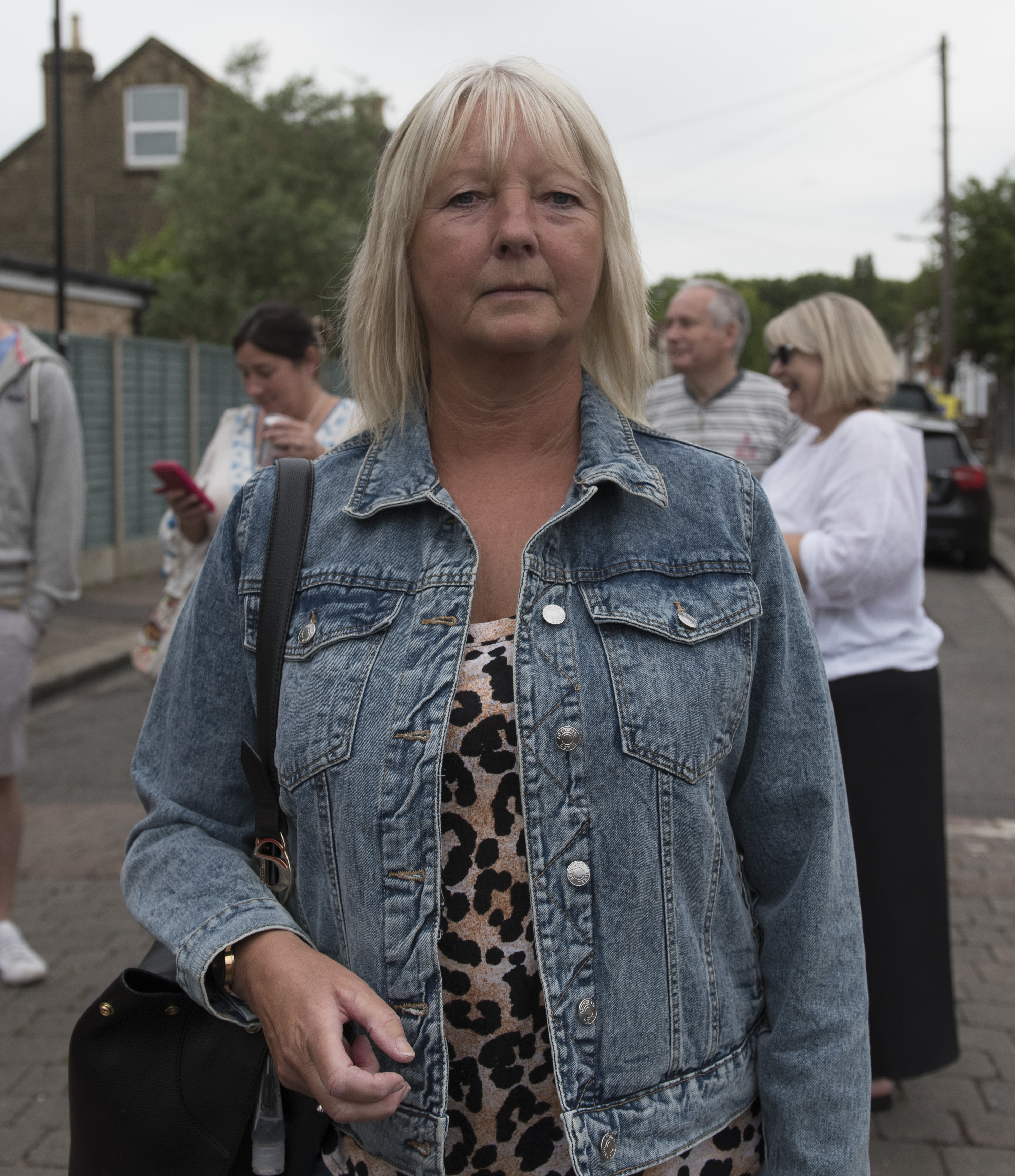 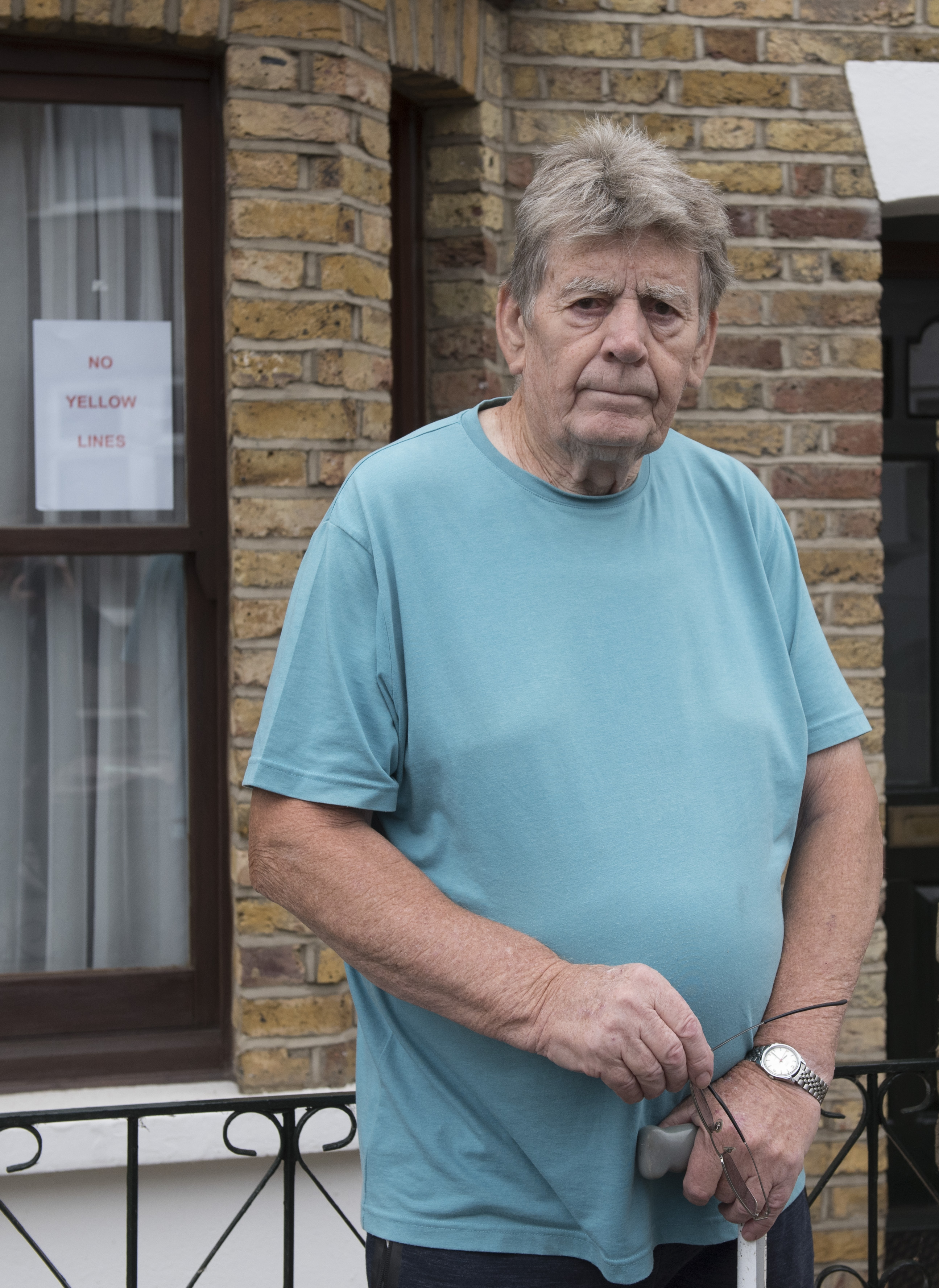 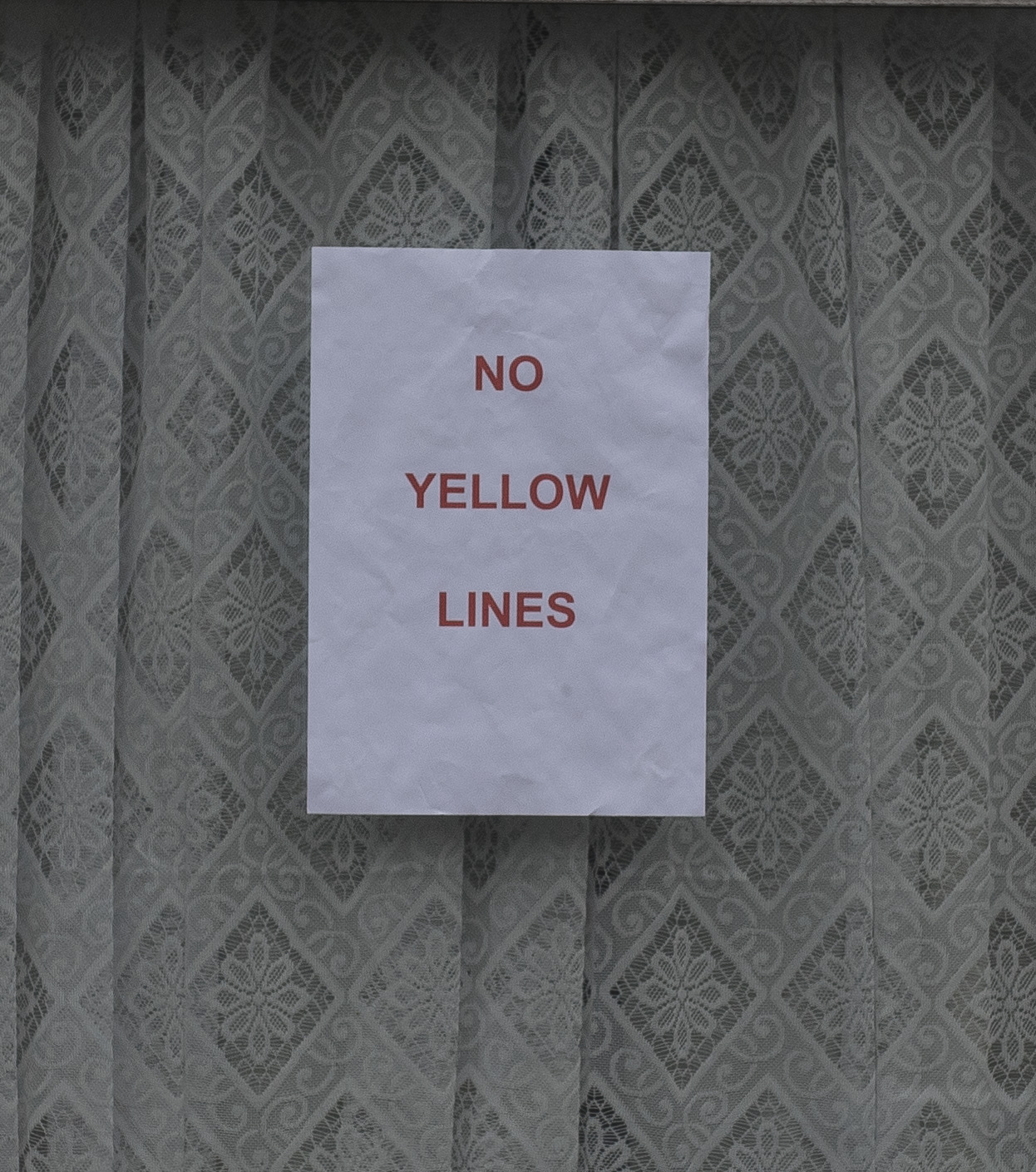 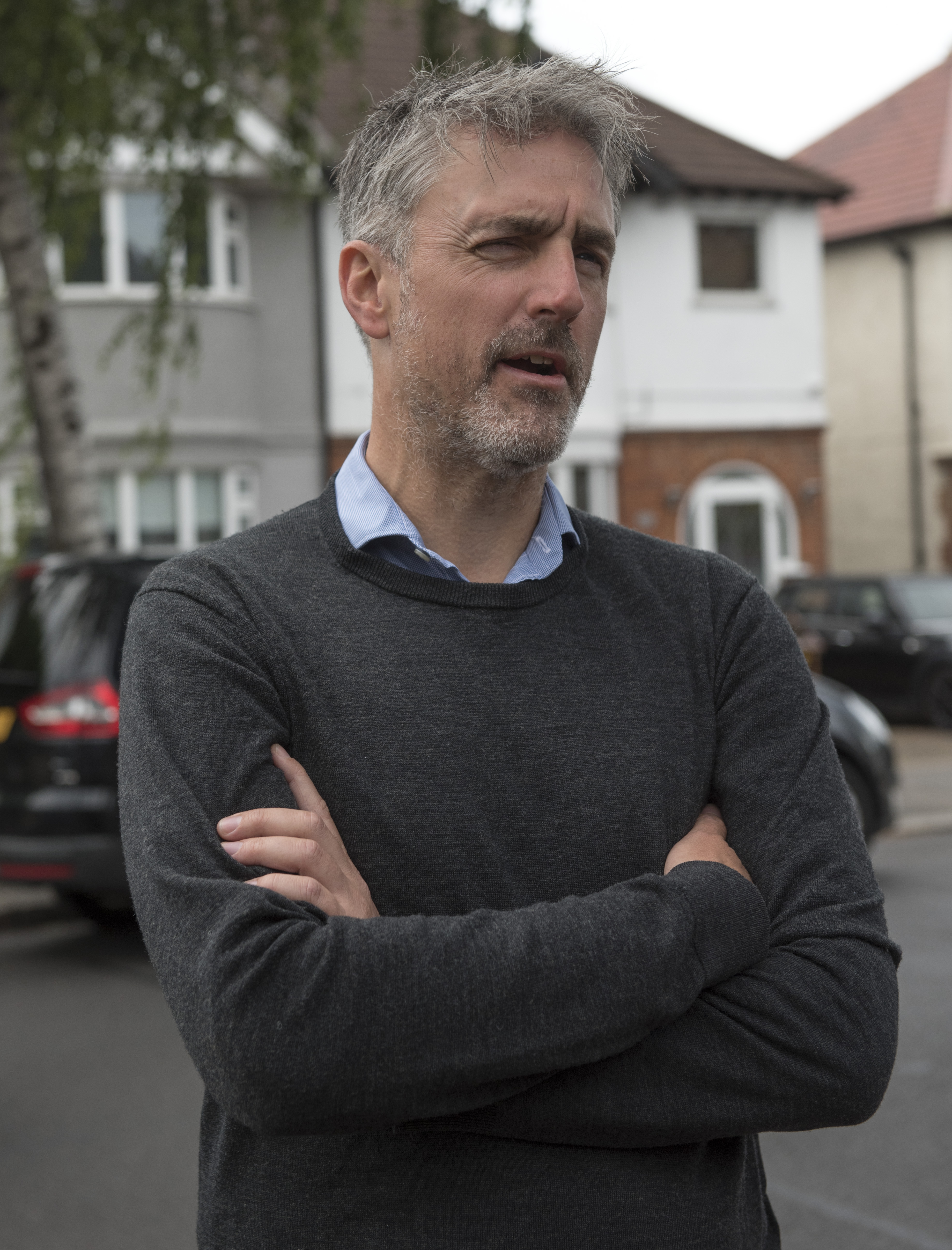 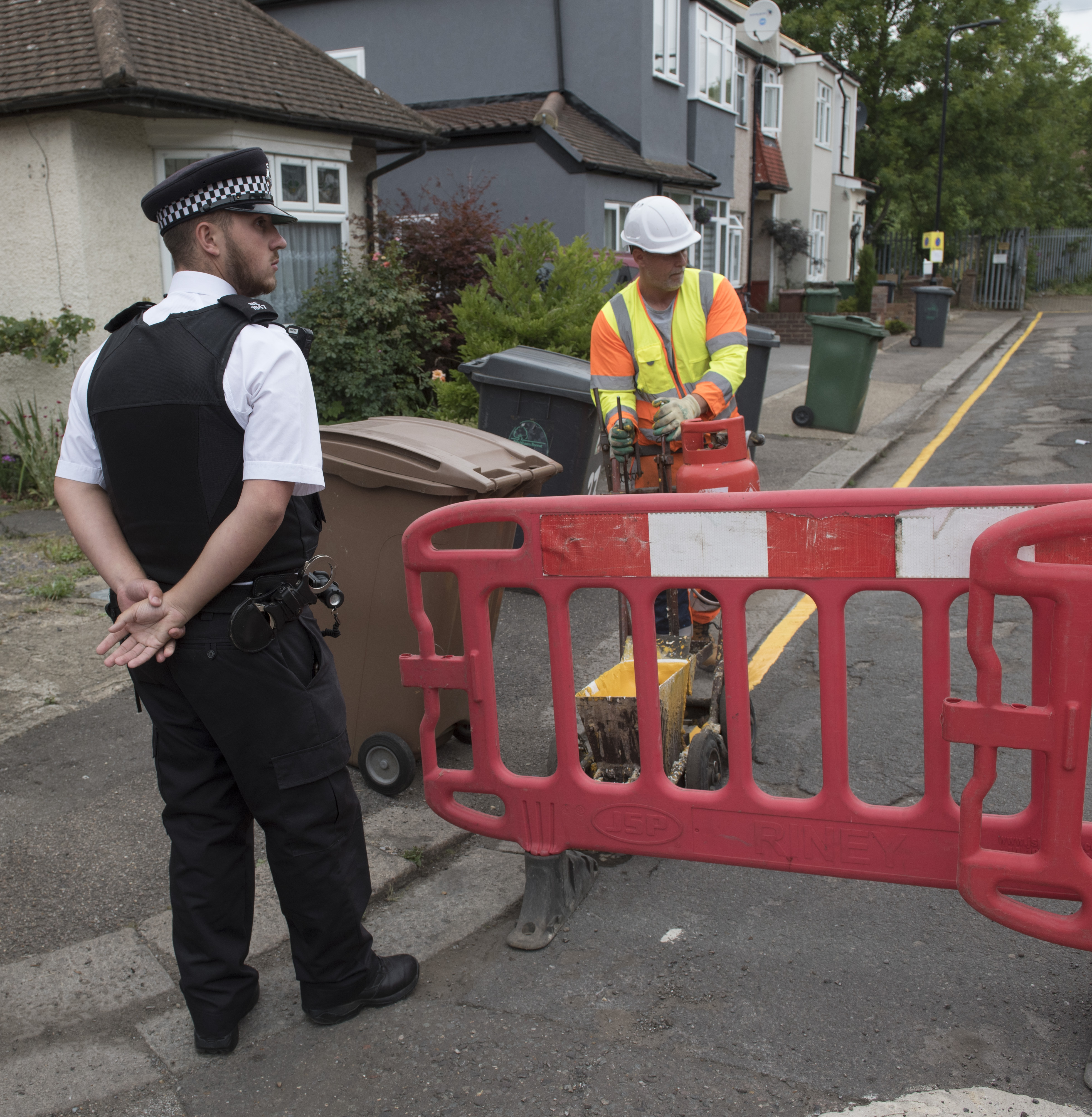