Apple said on Monday that it will not meet its revenue guidance for the March quarter due to the coronavirus outbreak affecting both production and demand in China.

The company said that despite the fact that its productions facilities in China have re-opened, they are ramping up slower than expected. 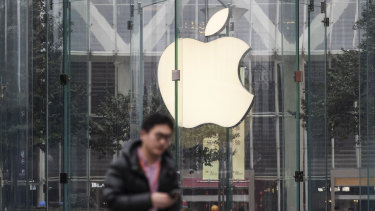 The company had forecast $US63 billion to $US67 billion ($94 billion to $100 billion) in revenue for the quarter ending in March, ahead of estimates of $US62.4 billion.

Apple said that supply for its iPhones will be "temporarily constrained" as manufacturing facilities in China are still not operating at full capacity. Sales of iPhones were up for the first time in a year in the December quarter.

It also said that store disruptions have affected its sales in China, with most stores either closed or operating at reduced hours.

The outbreak is expected to pile pressure on China's economy with companies struggling to restart production after an extended new year holiday as supply chains from the car industry to smartphones remain disrupted.

Analysts have estimated that the virus may slash demand for smartphones by half in the first quarter in China, the world's biggest market for smartphones.