A new study from Deloitte says the Australian podcasting market will grow faster than the rest of the globe, with annual revenue expected to reach almost $50 million by the end of the year.

The 2020 Technology, Media & Telecommunications Predictions study suggests more than 1.6 million Australians are now downloading podcast content, an increase of 70 per cent from 2015. 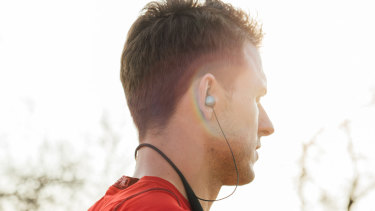 Revenue from the Australian podcast industry is growing faster than other markets.

And while global podcasting revenue is expected to grow by 30 per cent this year, Deloitte predicts Australian revenue will grow by 62 per cent, to $47 million. Deloitte says this is driven by increased supply and demand.

Weekly podcast listeners consume an average of four series and six episodes per week. Most of the podcasts consumed are news and current affairs focused (36 per cent), while comedy and true crime podcasts are also popular with Australians.

Adam Power, media lead at Deloitte, says podcasts now sit in their own category away from the "shadow of radio".

“Australia’s love for mobile devices and insatiable appetite for entertaining and educational content are the real driving factors for growth in this space," Mr Power said.

“As this platform enjoys steady growth, brands, publishers, creators, agencies and media buyers should all consider how they explore this group of active and engaged audiences.”

Distribution of Australian podcasts has expanded in the last couple of months. In late January, Southern Cross Austereo's podcasting arm, PodcastOne, signed a partnership with Spotify to integrate all of its podcasts onto the platform. The move was part of a broader strategy to increase reach and accessibility. Nova Entertainment and Australian Radio Network's podcasts are also on the service.

But Deloitte's report also predicted a major increase in Australia's use of streaming services. Usage has climbed by 8 per cent in the last year, due to the growing amount of streaming service providers and the gradual introduction of 5G technology from telecommunications providers.

Deloitte says this year will also include major growth in private 5G, a local area network that uses 5G technology to serve a defined area.

"By the end of 2020, we predict more than five enterprises in Australia will have begun
trials for private 5G deployments, collectively investing millions of dollars in labour, equipment and research," the report says.

"5G will provide the speed and reliability to replace the cable. Further, as companies look to upgrade, expand or replace existing IT systems, 5G will deliver a fully mobile solution. We predict private 5G networks will find a place in the Australian enterprise telecommunications landscape, though for now we see it coexisting with existing mobile technology."