A luxury Queensland casino and resort owned by billionaire businessman Chris Morris has been accused of running an unlawful high roller operation in an effort to capitalise on casino crackdowns in NSW and Victoria. 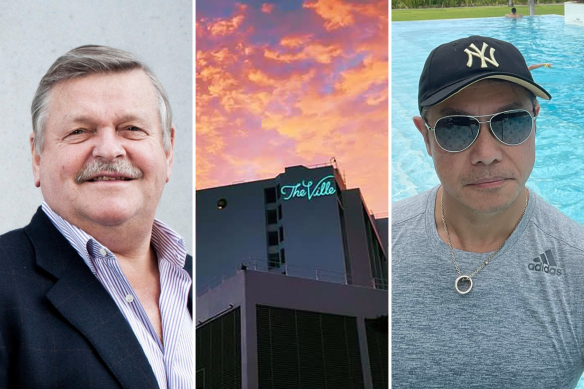 The agents, known as junkets, are paid by casinos to bring in groups of wealthy Asian gamblers.

The use of unlicensed agents is banned in Queensland because of fears they could lead to unlawful activity within the gaming sector. But the Townsville casino, The Ville, gave one Melbourne-based agent tens of thousands of dollars in cash and other secret benefits as he brought groups of Asian gamblers from Melbourne and Sydney to Queensland as recently as April.

The revelations, detailed by sources with knowledge of the scheme as part of an Age, Sydney Morning Herald and Sixty Minutes investigation, are a clear example of how casino commissions of inquiry in Victoria and NSW have pushed improper casino behaviour to Australian jurisdictions with weaker oversight.

The investigation has also uncovered how convicted and accused drug dealers were able to gamble at The Ville.

The revelations raise major questions not only for The Ville and its owner, rich lister Chris Morris, but for the Palaszczuk state government, which this year commissioned an inquiry by former judge Robert Gotterson into revelations exposed by The Age, Sydney Morning Herald and Sixty Minutes about the criminal infiltration of The Star’s Sydney and Queensland operations.

Those revelations also prompted the NSW Bell inquiry and have led to the resignation of Star’s chief executive and chairman.

The Queensland inquiry this week examined allegations first raised last year about criminal identities, including an alleged Melbourne mafia boss, gambling at The Star’s Queensland casinos despite being banned in NSW and Victoria.

The Queensland inquiry is limited to The Star and has no power to look at The Ville or other Queensland venues. 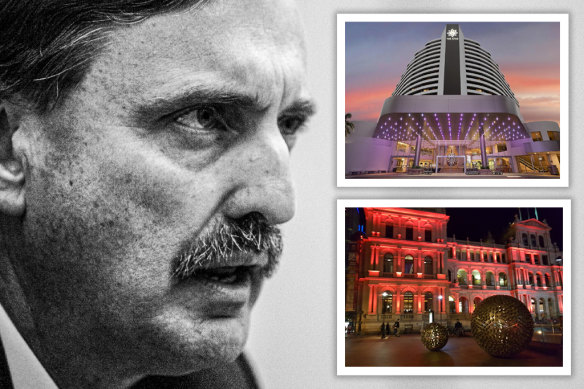 The Ville scheme involves Melbourne restaurateur Lawrence Fu effectively operating at the Townsville casino as a defacto higher roller agent or junket without the necessary approval from Queensland’s Attorney-General Shannon Fentiman or the gaming regulator.

Under Queensland’s Casino Control Act, junkets that deliver groups of Asian gamblers to casinos must be vetted and approved by the government to prevent criminal infiltration of the gaming industry.

Fu was not only operating without attorney-general approval or any vetting as a junket operator, but sources with direct knowledge of his scheme have revealed The Ville also devised multiple ways to provide incentives for his work.

They said that on at least two occasions, The Ville paid Fu thousands of dollars in cash. The casino, which was bought by Morris in 2014, started giving Fu thousands of dollars of gambling credits, which he immediately converted to cash via the Townsville casino’s gaming machines. There is no suggestion Morris knew of the scheme. 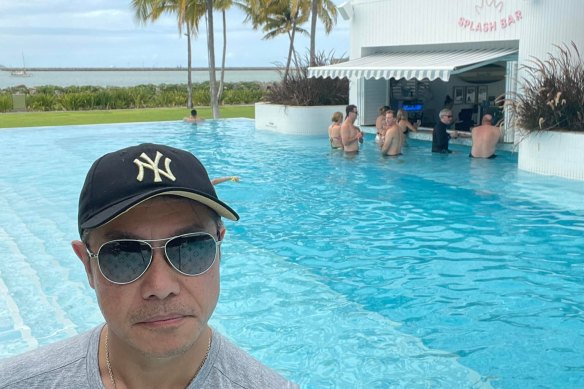 Lawrence Fu at The Ville.Credit:Facebook

The Ville also paid for gamblers to dine at Fu’s Melbourne restaurant, Okra.

The Fu operation at The Ville was launched only months after Australia’s casino industry was put on notice by commissions of inquiry into Star and Crown that highlighted how the improper use of junkets could imperil a casino’s licence. 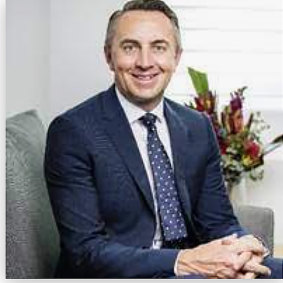 Fu confirmed that he was not approved to operate as a junket and said he was not operating as one. He said The Ville had paid him cash and given him other benefits, including paying for groups of gamblers to dine at his restaurant.

He confirmed he had brought up groups of his “friends” to gamble at The Ville but denied the benefits he was paid for by casino were in return for bringing Asian gambling tour groups. He was enriched by the casino as part of a “promotion” and “they pay everyone, not just me”.

While there is no suggestion The Ville’s owner knew of the junket scheme, sources with direct knowledge of the arrangement, but who could not speak publicly, said it was known by the casino’s chief executive Michael Jones.

Jones announced last year he would run for the LNP in the May federal election, but later withdrew his nomination.

Jones did not respond to emailed questions. Morris could not be contacted.

Morris made his fortune by founding ASX top 50 company Computershare and now owns a string of iconic venues across Australia, including the Portsea Hotel in Victoria. He has poured tens of millions of dollars into redeveloping The Ville. His company, the Morris Group, is building a new 132-room hotel at the site, has installed a new high roller room, the Orpheus, and has plans to build a super yacht marina. 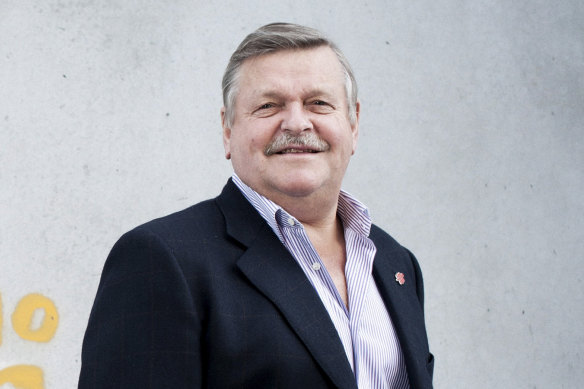 Financial crime expert and former detective Matt Fehon, who is now a senior partner at McGrath Nichol, said the continuing use of improper junket agents by casinos was bewildering.

“The blatant acts following such widespread and highly publicised inquiries would really, really concern me. Ultimately, the motive and corporate governance of these entities really needs to be challenged and questioned.”

Casino reform advocate Tim Costello said the revelations about The Ville highlighted how the patchwork of casino inquiries across Australia had driven improper behaviour to jurisdictions such as Queensland, where he accused the regulator of being useless and said the government was captured by the gambling lobby.

“You press down on Crown [and Star] and tighten up. It just flows to wherever the weakest point is, which happens now to be Queensland, that’s where we are seeing,” he said.

Costello called on the Queensland government to urgently expand the Gotterson inquiry to include The Ville and other Queensland casinos.

Convicted drug traffickers, including Townsville men Jay Minniecon and Jason Jones, have also been able to gamble freely at The Ville, according to multiple casino sources, gambling and court records.

Jones was recently barred from the casino after an altercation with security, but had been gambling for months while facing serious drugs charges, while Minniecon had recently been gambling at The Ville after his release from a five-year jail stint for drug trafficking.

Casinos are required by law to avoid criminal infiltration to prevent money laundering and other crimes.

In response to questions about what it was doing about the unlawful junket operation at The Ville, Queensland’s Office of Liquor and Gaming Regulation said it was “unable to provide specific information as the matters are subject to ongoing investigation”.

The regulator said proposed legislative changes would give it and the attorney-general more power to penalise and monitor casino misbehaviour.