Baltimore candidate Kim Klacik puts Dems on notice over Black support: ‘Ignored us for too long’ 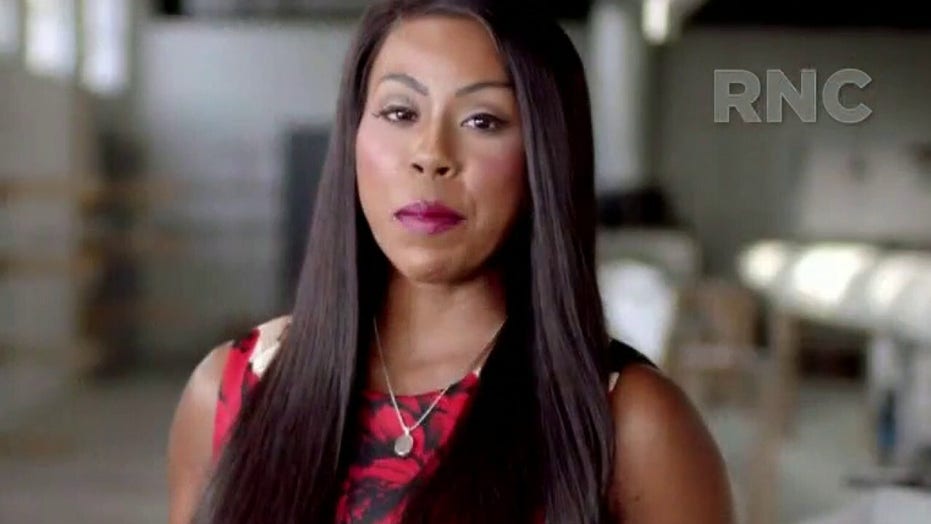 Kim Klacik: The days of Black voters blindly supporting Democrats are coming to an end

Kim Klacik, a GOP congressional candidate who suggested that Democrats don't care about Black voters in a viral campaign ad, took aim at Joe Biden in a speech during the first night of the Republican National Convention, accusing the Democratic nominee of believing that Black Americans "can't think for ourselves."

"Joe Biden believes we can’t think for ourselves — that the color of someone’s skin dictates their political views," she said in her remarks. "We’re not buying the lies anymore — you and your party have ignored us for too long."

Klacik, who is Black, is the Republican nominee running to represent Maryland's 7th Congressional district, a Democratic stronghold that was represented for years by the late Rep. Elijah Cummings.

Black voters as a whole helped Biden clinch the Democratic nomination after a decisive victory during the South Carolina primary. But that success hinges on his support among older Black voters.

TRUMP VOWS TO WORK WITH KIM KLACIK TO 'BRING BALTIMORE BACK'

Klacik rose to national prominence last week when President Trump shared one of her campaign ads, which shows her marching by abandoned rowhouses in a red dress and matching stilettos, lambasting Democratic politicians for abandoning Black Americans.

"Black people don't have to vote Democrat," she says at the end of the 2.5-minute video. Baltimore's population is about 60% Black, according to the Census Bureau.

The ad, titled "Black Lives Don't Matter to Democrats," has been viewed more than 11.4 million times.

Klacik hit that same theme again on Monday during her address, accusing Democrats of running Baltimore — and other major cities across the country – "into the ground," despite high taxes.

"And yet, the Democrats still assume that Black people will vote for them, no matter how much they let us down and take us for granted," she continued. "Nope. We’re sick of it and not going to take it anymore. The days of blindly supporting the Democrats are coming to an end."