RICHMOND, Calif. ― Sen. Bernie Sanders (I-Vt.) returned to California on Monday with a clear message for the state’s millions of unaffiliated voters: Make sure you get a Democratic ballot.

Speaking to a crowd of 10,396 people, according to a count from his campaign, Sanders gave his usual stump speech focusing on the key pillars of his presidential bid: “Medicare for All,” raising the minimum wage, building a sustainable economy. But toward the end of his remarks, Sanders made a personal appeal to the San Francisco Bay Area audience ahead of the state’s March 3 primary.

“This is the most consequential election in the modern history of our country,” Sanders said. “I think you all know, you are the largest state in this country. You have the most delegates to the Democratic National Convention. The candidate who wins here in California stands a pretty good chance to win the nomination.” 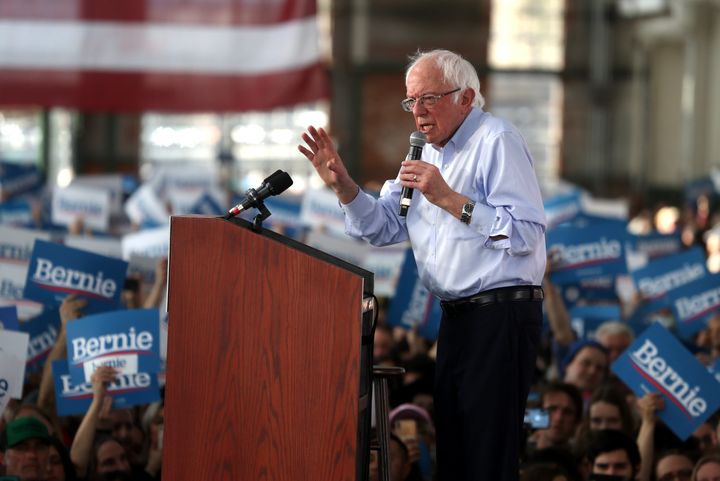 As of October 2019, more than 5.4 million of the state’s 20 million registered voters had selected no party preference. That’s more than the 4.8 million Californians who have registered as Republicans.

The large number of unaffiliated voters here poses a unique challenge for Sanders, who himself is an independent and has long appealed to voters unsatisfied with the Democratic establishment. Sanders’ base also skews young and nonwhite — groups that are well-represented among California’s independent voters.

The Sanders campaign has made a massive effort this cycle to reach these voters. His team opened a hotline where voters can call with questions, and has educated its canvassers and phone bankers on how to speak to voters in four different languages about getting the right ballot. Sanders himself has spoken about the ballot issue during campaign events in California, as he did during Monday’s rally.

The campaign has also promoted early voting among its supporters. At Monday’s rally, volunteers were on hand to collect mail-in ballots.

“We see this as an unprecedented opportunity to expand the Democratic electorate,” said Sanders’ California communications director Anna Bahr. 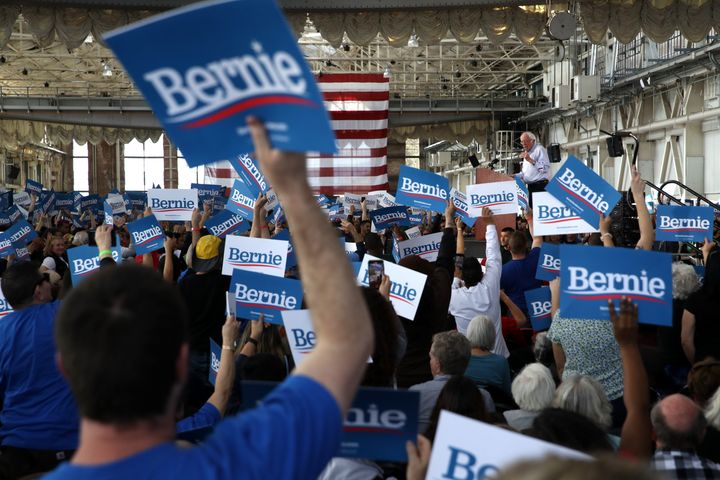 With California voters heading to the polls three months earlier than they did in 2016, the Golden State and its 494 delegates could have a significant impact in the nominating contest this year.

In 2016, California was one of the last states to vote in the Democratic presidential primary. By the time voters cast their ballots on June 7 of that year, Hillary Clinton was already projected to have clinched enough delegates to secure the nomination, rendering California’s votes essentially ceremonial. Clinton won the primary by six points, but some Sanders supporters speculated that those projections suppressed voter turnout.

Anger over the California primary simmered throughout the summer, reaching a boiling point at the 2016 Democratic National Convention in Philadelphia. As party leaders urged Sanders supporters to rally around Clinton, many California delegates voiced their dismay over how the nomination process had progressed. Even Sanders’ own supporters booed him at a delegate breakfast where he called for party unity in the face of a potential Trump presidency.

At Monday’s rally, Sanders supporters seemed optimistic that the earlier primary date will help Californians have a voice in the nominating process.

“It always felt like it was somewhat less relevant before, so it’s nice to see California vote on Super Tuesday,” said Sean Carson, a Sanders supporter from Marin County. “I think it’s kind of appropriate — we start off with Iowa, New Hampshire, and they have importance, but they’re very small places. California is kind of a cultural melting pot, it’s a very diverse state.”

“I think it could definitely help other voters and other states move in a certain direction,” said Lupe Pulido, a Sanders supporter from Richmond. “I do feel that California has a big wave.”

Most recent polls show Sanders in the lead here this time around. A clear-cut victory for the senator in California would signal broad support from one of the nation’s most diverse voting populations.

One potential wild card is former New York City Mayor Mike Bloomberg, who entered the Democratic race late and has since spent hundreds of millions of dollars on campaign ads — including $124 million on Super Tuesday states like California. Bloomberg, a former Republican, has gained ground in recent California polls and picked up endorsements from prominent California Democrats such as San Francisco Mayor London Breed and former Los Angeles Mayor Antonio Villaraigosa.

“California this time around will be a case study on whether a billionaire can buy the election or whether a grassroots campaign that has really centered on talking to voters, knocking on doors that have never been knocked on before, and meeting people where they are in the language that they speak, can win,” said Bahr. “I think we will win.”

During Monday’s rally, Bloomberg was the only Democratic opponent Sanders mentioned by name.

“Mr. Bloomberg, like anybody else, has a right to run for president. He does not have a right to buy the presidency,” Sanders said.