Defense Priorities senior fellow Lt. Col. Danny Davis tells ‘Cavuto: Coast to Coast’ it will be tough for the West to maintain unity in Ukraine once winter starts and energy prices rise.

The Biden administration is pursuing an aggressive plan to starve Russia of oil revenue, and Republicans and Democrats in Congress are looking to support that plan with a new sanctions bill that could be approved in the coming weeks.

On Sept. 9, the Treasury Department announced it is working with other G7 nations to impose a price cap on Russian oil. Under the plan, Russian crude oil that is transported over water beginning on Dec. 5 would not benefit from insurance, finance, brokering and other services provided by G7 countries unless that oil is sold below a yet-to-be-determined price cap.

The price cap is aimed at preventing Russia from taking in "windfall" profits that it can use to fund its war against Ukraine. On Tuesday, Sen. Pat Toomey, R-Pa., said a bipartisan effort is underway in the Senate to ensure countries like China and India cannot circumvent the cap by providing their own financial services to facilitate the transport of Russian crude oil and thus help Russia generate more profits. 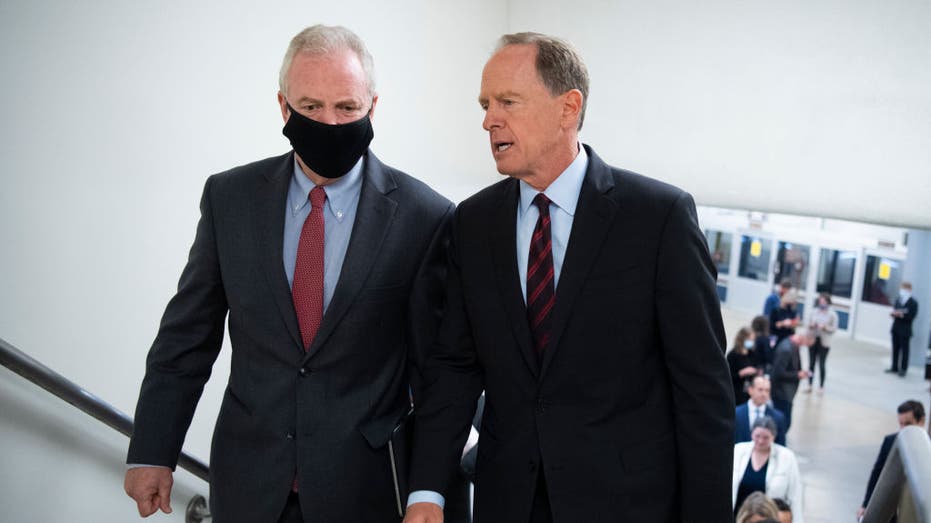 Sens. Pat Toomey, R-Pa., right, and Chris Van Hollen, D-Md., are seen in the U.S. Capitol during a series of votes on the continuing resolution to fund the government on Thursday, Sept. 30, 2021. (Photo By Tom Williams/CQ-Roll Call, Inc via Getty Ima

In a Tuesday hearing at the Senate Banking Committee, Toomey said he is working with Sen. Chris Van Hollen, D-Md., on a bill that would impose new sanctions on any non-G7 financial entity that helps Russia sell oil at higher prices.

"Sen. Van Hollen and I plan to introduce legislation that will complement the administration’s price cap scheme and impose mandatory sanctions on any foreign financial institution worldwide involved in any transaction in Russian oil above the price cap," Toomey said. "I intend to work with Sen. Van Hollen to get this bill enacted as soon as possible so that Russia can no longer profit from the oil sales funding its war in Ukraine."

In the hearing, a senior Treasury Department official said pressure from the G7 would help other countries pressure Russia to sell its oil at a lower price and thus make it harder for Russia to fund its ongoing war in and around Ukraine. Assistant Secretary of Treasury for Terrorist Financing and Financial Crimes Elizabeth Rosenberg said just the announcement of the cap on Sept. 9 is having an effect. 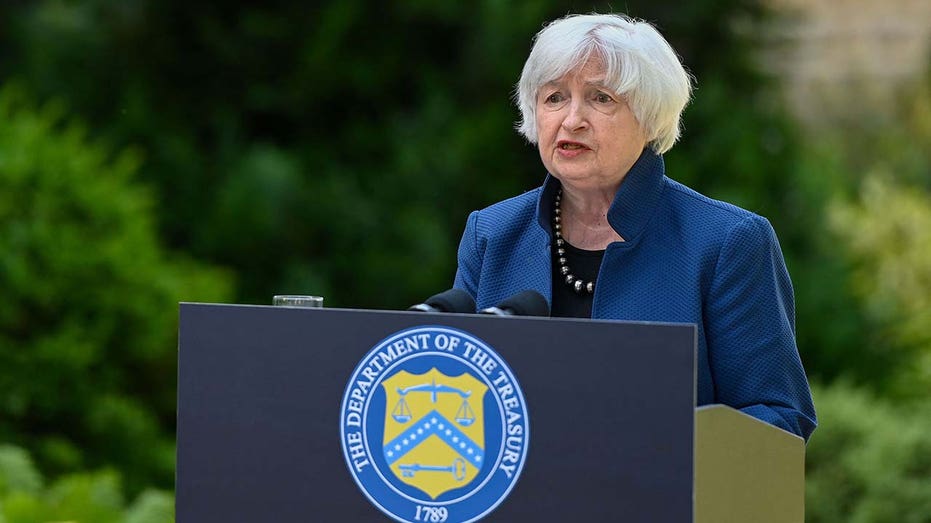 U.S. Treasury Secretary Janet Yellen speaks to journalists on the sidelines of a meeting of finance ministers and central bankers from the G7 on May 18, 2022, in Koenigswinter near Bonn, Germany.  (Photo by INA FASSBENDER/AFP via Getty Images / Getty Images)

"We are already seeing this take place with Russia negotiating steep discounts for the oil it sells to buyers in Asia," she said. "These discounts are already depriving Russia of revenues it would otherwise use to finance its reckless war."

She added that 80% of maritime insurance providers are concentrated within Europe, which will make it hard for Russia to find other alternatives.

However, both Toomey and Van Hollen said at the hearing that if countries like China or India try to circumvent the G7 ban, it would be best to have new sanctions legislation to enforce the cap.

"This is why I think it’s important that we address this question," Toomey said. "I acknowledge that the big majority of the market for the service providers comes from companies within the G7. But they don’t have monopolies, and the Chinese and the Indians… are quite capable of expanding the role of their indigenous service providers."

"You can easily imagine Vladimir Putin saying that he’s not going to comply with this price cap, and that will set off a negotiation around the world who may be willing to purchase oil for a little bit above the price cap," Van Hollen said. "The idea behind this legislation is to provide uniform backstop, worldwide."

G7 nations have yet to announce a proposed price cap for Russian oil, although reports say it could fall between $40 and $60 a barrel. Toomey suggested the G7 keep the cap as "low as possible."

Rosenberg said U.S. and global sanctions have so far taken a devastating toll on the Russian economy that is making it harder for Russia to prosecute its war against Ukraine.

"Russia had been forced to impose draconian capital controls and is burning through its rainy-day fund, dramatically eroding its economic base and buffers in unsustainable ways," she said in her written testimony. She added that the International Monetary Fund expects Russia’s economy to contract for the next two years and is suffering from an inflation rate above 20%.

"The bottom line is that Russia’s economic picture is bleak and deteriorating," she said.