If the question is being asked, the answer is almost assuredly “no.”

That is a reference to an embattled officeholder facing inquiries about standing for reelection. Of course, the public company line must be “yes.” Otherwise, the candidate in question becomes the lamest of lame ducks instantaneously. The business of governing grinds to a halt as underlings turn into rivals jockeying for position in the succession line.

Ten months in, such is the sorry state of affairs of the Biden presidency. Even the U.S. House of Representatives passing the administration’s signature legislative priority could not snap the spell of a dreadful November swoon.

The month began with Democratic setbacks in the off year elections, and concludes with renewed concern about inflation and higher costs of well, everything, from gasoline (62% higher) to home heating (54% higher) to Thanksgiving meals (14% higher).

After a weekend of swirling speculation about the feasibility of a Joe Biden-led Democratic ticket in 2024, White House press secretary Jen Psaki did her best to tamp down the palace intrigue, calling it “his intention” to run for reelection. The statement mirrors Biden’s own from March 2021 (merely two months after his inauguration, which says something) when he stated, “My plan is to run for reelection.” 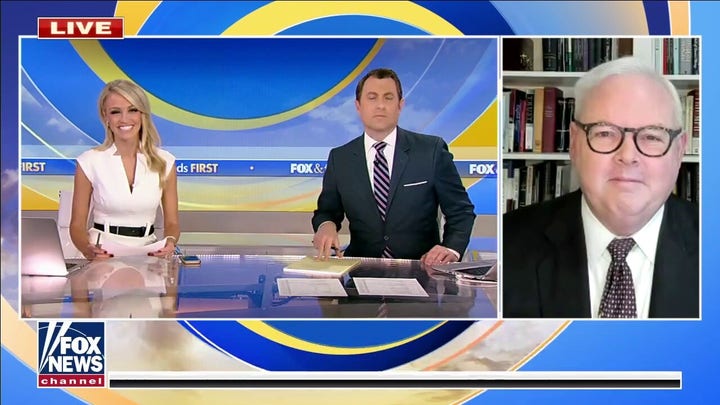 Hardly Sherman-esque declarations. Both leave plenty of wiggle room. And for good reason. Even if Biden’s most ardent supporters were not expecting the second coming of JFK, few probably envisioned things going off the rails so badly, so fast.

While every presidency endures its ups and downs, Biden always faced the intractable and unstoppable opponent of Father Time. He just turned 79 years old.  To put it charitably, he has lost a few miles an hour off his fastball. For a guy who spent the better part of his adult life delivering long-winded and verbose speeches on the floor of the U.S. Senate, his public speaking events these days are brief, unsteady and far from inspiring.

Reversing his administration’s current tailspin starts with the man at the top. In this environment, it would be a tall task for a talented politician in their prime. Whether Biden is up for the task remains an open question, to put it mildly.

If Biden has underwhelmed as president, his second-in-command has managed to fall even shorter of expectations.

Should he seek and win a second term in office, Biden would be 86 years old by its conclusion. By contrast, the second-oldest commander in chief in our history, Ronald Reagan, was dismissed by his critics as being too long in the tooth when he first ran for president in 1980 at the age of 69.

If Biden has underwhelmed as president, his second-in-command has managed to fall even shorter of expectations. The latest polls show the American people viewing Vice President Kamala Harris less favorably than Biden, which is no small feat. Outside of family and paid advisers, even Democrats have a hard time envisioning Harris getting closer to the presidency than the 85 minutes she spent in charge when Biden was undergoing a medical procedure. 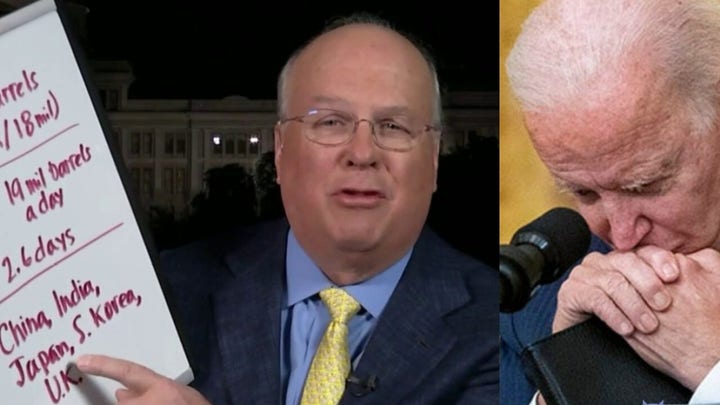 Beyond that, the bench gets awfully thin awfully fast. The runner-up of the last two contests, Sen. Bernie Sanders, I-Vt., is 80. His ideological soul mate, Rep. Alexandria Ocasio-Cortez, D-N.Y., has the opposite problem. She is only 32, although she technically would meet the constitutionally-mandated age requirement by Inauguration Day 2024. Like Harris with the border, Transportation Secretary Pete Buttigieg will spend the rest of his political life explaining how “supply chain” became kitchen table vernacular on his watch.

Perhaps Hillary Clinton or John Kerry is available for one more political rodeo? The GOP can only hope.

For all the endless media speculation and chatter around the Thanksgiving table about what is next for the Republican Party, the questions about the future of the Democratic Party are now – an unimaginable scenario just a few short months ago when they assumed full control of Washington.