Biden’s signature came after months of tension over Uyghur persecution, which the State Department has labeled a genocide. It represented the latest attempt by the administration to punish China for human rights abuses.

“The United States will continue to use every tool at our disposal to ensure supply chains are free from the use of forced labor — including from Xinjiang and other parts of China,” Biden tweeted on Thursday.

The bill, pushed by Sens. Marco Rubio, R-Fla., and Jeff Merkley, D-Ore., passed the Senate with unanimous consent. It contains a series of provisions designed to strengthen the enforcement of section 307 of the Tariff Act of 1930. That law holds that goods produced from forced labor “shall not be entitled to entry at any of the ports of the United States.” 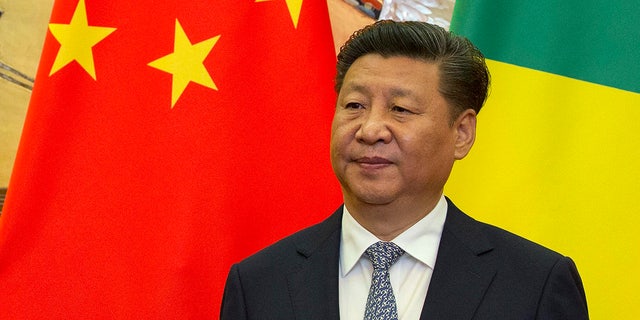 In signing the bill, Biden has committed the federal government to develop a strategy for preventing imports from forced labor. It also directs Customs and Border Protection (CBP) to assume a prohibition “with respect to any goods, wares, articles, and merchandise mined, produced, or manufactured wholly or in part in the Xinjiang Uyghur Autonomous Region of the People’s Republic of China.”

China threatened to retaliate after the U.S. Treasury announced sanctions Dec. 10 on two officials accused of involvement in repression of Uyghurs and other mostly Muslim minorities in Xinjiang. Beijing is accused of mass detentions, forced abortions and other abuses. 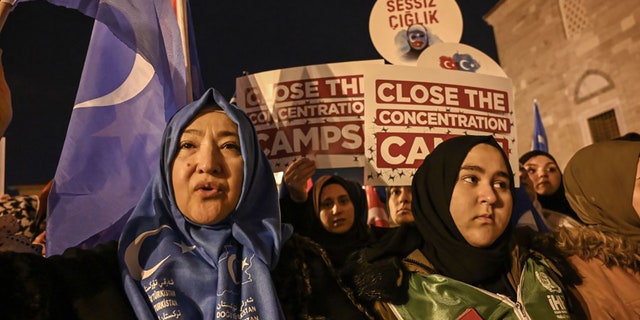 Supporters of China’s Muslim Uyghur minority wave the flag of East Turkestan and hold placards during a demonstration in Istanbul, Turkey, on Dec. 20, 2019. (Ozan Kose/AFP via Getty Images)

“The United States should withdraw the so-called sanctions and stop interfering in Xinjiang’s affairs and China’s internal affairs,” Foreign Ministry spokesperson Zhao Lijian said. “China will make further responses in accordance with the development of the situation.”

Although China has denied wrongdoing, it has continued to face scrutiny at the international level. For example, the U.S. and other Western nations have committed to a diplomatic boycott of the Beijing Olympics.