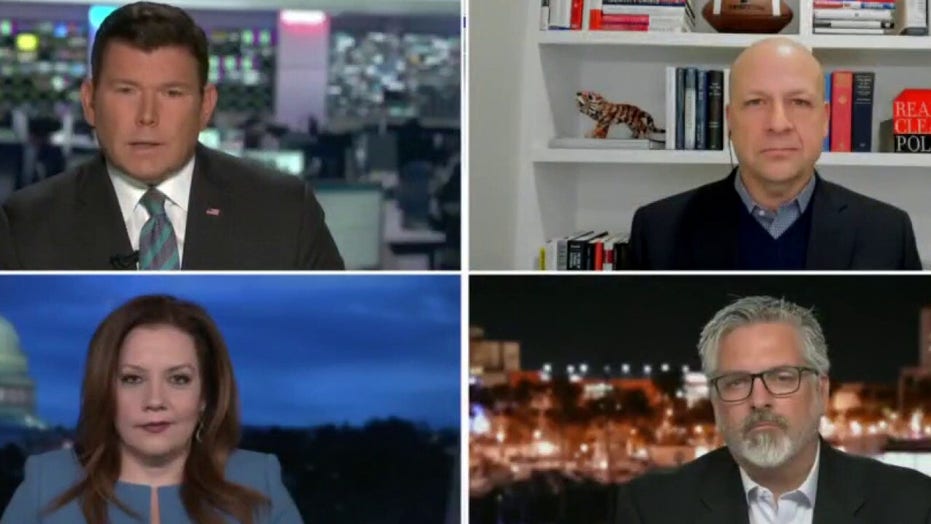 Georgia Republicans push for $2,000 payments ahead of runoff elections

President-elect Joe Biden will campaign in Georgia the day before the Jan. 5 Senate runoff races there, the same day President Trump is scheduled to hold a rally for Sens. David Perdue and Kelly Loeffler.

Vice President-elect Kamala Harris will also visit the Peach State on Jan. 3 as she and Biden stump for the incumbents' Democratic opponents, Jon Ossoff and Raphael Warnock.

Details aren't yet clear on when the Biden rally will happen, but it could present a remarkable split-screen of the current president and the president-elect campaigning simultaneously in the same state during a time that's usually pretty quiet in the political world.

"It really feels like we're at the center of the political universe and will be until Jan. 5," Atlanta Press Club Debate Committee Chair Maria Saporta told Fox News earlier this month ahead of the debate between Loeffler and Warnock. 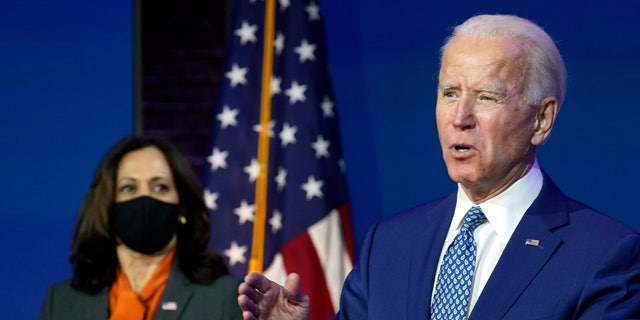 President-elect Joe Biden speaks Monday, Nov. 9, 2020, at The Queen Theater in Wilmington, Del., as Vice President-elect Kamala Harris listens. Both will stump for the Georgia Democratic Senate candidates in the final week of the campaign. (AP Photo/Carolyn Kaster)

Harris' event will be in Savannah. Biden will travel to Atlanta on Jan. 4.

The visits from the president-elect and vice president-elect underscore the stakes of the Georgia Senate races — control of the upper chamber and how much say Republicans will have in the Biden administration's agenda.

If Democrats win both Georgia races, they will bring the body to an effective 50-50 tie, allowing Harris to break ties on votes that fall along party lines.

Biden and Harris have each made online fundraising pitches for the Democratic candidates but have only visited the Peach State once each during the runoff campaigns. The president-elect in his rally earlier this month predicted that Georgians would "shock the nation" with record turnout for the runoffs.

"I think Georgia is going to shock your nation with a number of people who vote on January the fifth," Biden said. "We got a lot of work to do. And I plan to get to work right away doing it. I need two senators in the state who want to get something done. Not two senators who are going to get in the way."

Trump, meanwhile, has lauded the GOP senators Loeffler and Perdue ahead of what will be his second visit to Georgia to stump for them next week.

"On behalf of two GREAT Senators, @sendavidperdue & @KLoeffler, I will be going to Georgia on Monday night, January 4th., to have a big and wonderful RALLY," Trump said in a tweet earlier this week. "So important for our Country that they win!"

Vice President Pence has visited Georgia several times during the runoff race but no event for him in the final week has been announced yet. Members of the Trump family, including Donald Trump Jr., have also visited Georgia previously, as have many GOP senators.

Loeffler campaign Communications Director Stephen Lawson teased a number of yet-to-be-announced high-profile speakers for the final week of the campaign in a conversation with Fox News earlier this week about the final sprint to the culmination of what's been a very long election cycle.

"This is it. It all comes down to this," Lawson said.