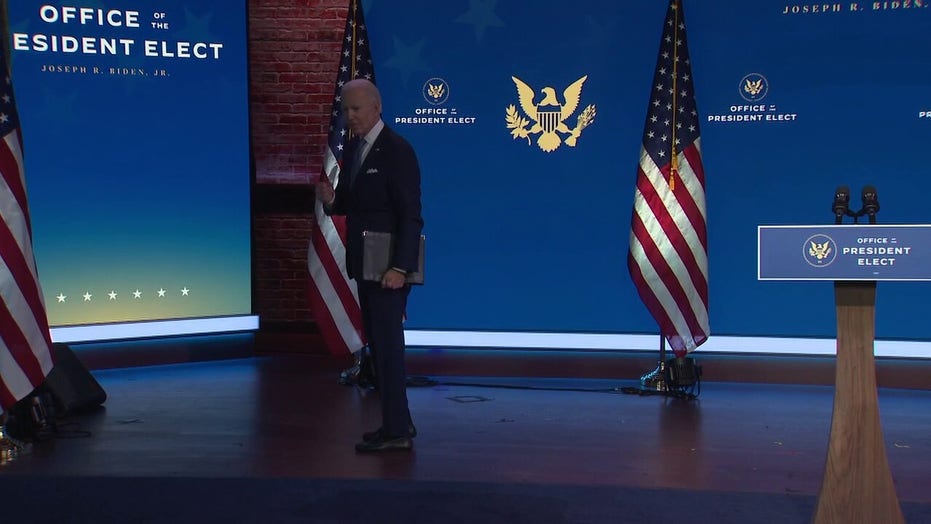 "The Biden transition team appears to have disabled the public chat function on its transition zoom calls, a place where I and others had been routinely complaining to them to take more questions," incoming Politico White House editor Sam Stein tweeted Wednesday.

Reporters on the call had to use a "raise hand" function to register they wanted to ask a question.

Stein and other reporters expressed frustration on the chat on Dec. 18 after one Zoom call where the transition team took only five questions.

"Hey guys, there [are] tons of folks looking to ask questions and since this is being done once a week, could we PLEASE go longer or at least hold more frequent briefings," Stein wrote on the chat.

"Any chance you can take a few more questions? There are a lot of folks here with questions," Zeke Miller from The Associated Press added.

"Is there a point in saying we want to ask questions if you only call on the same small group every week?" said White House reporter Andrew Feinberg.

Biden's transition team did not respond to a request for comment.

"He also believes, though, that it's the media's job to hold him accountable," he said. "He's there to do the people's work and he welcomes that relationship. He welcomes their role, the media's role in our democracy and I think it will be, frankly, the polar opposite of what we've seen over the last four years… I think you'll see a huge change in the culture in the way this White House treats the media."

Related posts:
Hot News
House barrels toward new Trump impeachment, will vote on resolution calling for use of 25th Amendment Tuesday
EU Eyes Dollar’s Global Dominance in a Bid to Bolster the Euro
Oaktree, BlackRock Are Among YPF Creditors Organizing
Washington Tense as DHS Chief Quits, FBI Warns of Armed Protests
Brilliant SIM-only contract gets you UNLIMITED data for just £13 a month
Asian Markets Mostly Lower
Trey Gowdy roasts 'reckless buffoon' Swalwell for likening Trump to Usama bin Laden
Recent Posts
This website uses cookies to improve your user experience and to provide you with advertisements that are relevant to your interests. By continuing to browse the site you are agreeing to our use of cookies.Ok