Biden wants the military's footprint to be 'correctly sized,' and it may mean deciding which bases really matter

The Biden administration in February launched a review of the US military’s global presence to ensure it “is correctly sized and supports strategy.”

That review, set to finish by mid-year, comes as the administration balances ongoing military obligations with its focus on China as “the pacing challenge.”

The result may be a reduction of the sprawling network of US bases overseas, which activists, lawmakers, and even the US’s top military officer say is warranted.

The Pentagon operates about 800 such bases, from outposts with a few dozen troops to massive hubs housing thousands of personnel and their families.

That presence is largely “derivative of where World War II ended,” Army Gen. Mark Milley, chairman of the Joint Chiefs of Staff, said at a US Naval Institute event in December.

“Some of those bases are in fact the frontline trace of where we were at the end of the war … and all the things that developed during the Cold War,” Milley added.

The US had about 2,000 bases at the end of World War II, according to Daniel Immerwahr, a historian who has written extensively about US overseas territory.

Rather than hold onto swaths of land, as ascendant empires had in the past, the US adopted “a different model” and retained “dots, not large populated annexed lands,” Immerwahr told Insider in late 2020.

The US has closed hundreds of those “dots” in the decades since, but hundreds remain all over the world.

“If you mash together all the bases that the US military officially counts, you’re talking about a land area that’s roughly the size of Houston,” Immerwahr added. “Now some of those base sites are very well dug in … like the United States is basically living there permanently.”

‘US bases are costly’ 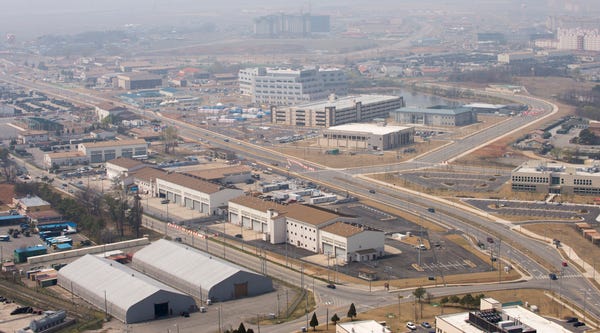 Opposition to US bases overseas is longstanding. During the Cold War, Europeans protested the disruptions they caused and the nuclear weapons they hosted. In addition to anger over local issues, bases face protests over other US policies and have involved the US in other disputes, such as the sovereignty of the Chagos Islands, home to Diego Garcia.

The coronavirus pandemic renewed many local frustrations, particularly in Guam, where thousands of sailors were housed after an outbreak aboard the aircraft carrier USS Theodore Roosevelt in spring 2020.

As a US territory in a strategic location, Guam already hosts thousands of US troops, but its residents have limited political representation.

The Pentagon “has a poor history of transparency on Guam, and they take full advantage of our colonial status by bombing our waters, poisoning our land, and bulldozing our ancient settlements,” Maria Hernandez, a member of CHamoru advocacy group I Hagan Famalåo’an Guåhan, told Insider in April 2020.

Local communities have long said “there is violence at these bases … whether it’s violence against coral reefs, against farmlands, against forests, [or] against women’s bodies,” Christine Ahn, executive director of Women Cross DMZ, said at a recent Quincy Institute event. 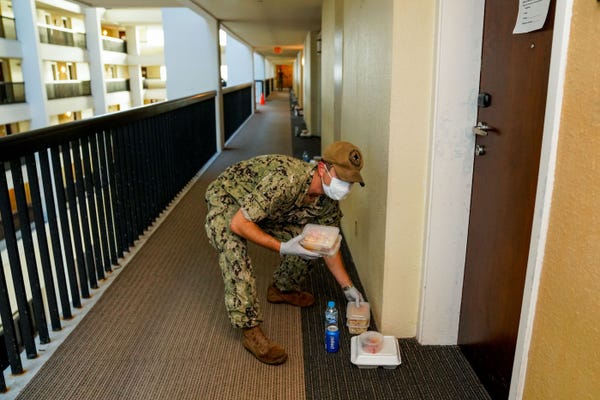 For US officials facing an era of competition with powerful rivals, namely China, the burdens are starting to outweigh the benefits.

“I am not a fan of large permanent military bases … overseas in other people’s countries. I think that is something that needs a hard, hard look,” Milley said in December, citing the costs of permanently stationing troops abroad and risks to families who live with them.

US bases in the Middle East have gotten particular scrutiny as combat operations there have wound down.

“I think the Middle East is probably one of the best places that we can look to make reductions,” Rep. Adam Smith, chairman of the House Armed Services Committee, said at a Brookings Institution event this month.

“The place where our troops are most vulnerable right now … is in the Middle East,” added Smith.

Sen. Chris Murphy, a member of the Senate Foreign Relations Committee, has argued those bases — particularly in the Gulf States — aren’t worth the risks they create. 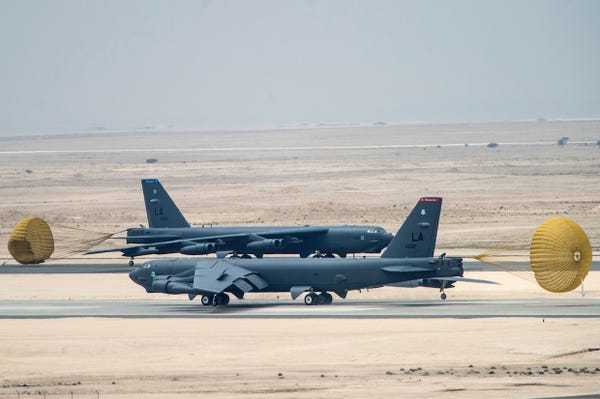 “US bases are costly, drawing focus away from increasingly important theaters such as Africa and Asia; they create pressure on the United States to ignore serious human-rights abuses lest criticism puts the troop presence at risk; and they stand out as military targets and propaganda fodder for Iran, al Qaeda, and the Islamic State,” Murphy wrote in Foreign Affairs.

Biden “should seriously consider” reducing US basing in the region, starting with the Navy’s Fifth Fleet headquarters in Bahrain, Murphy wrote.

More than 40 activists, scholars, and former military officers echoed that sentiment this month in a letter to the Biden administration.

The Pentagon review is “a chance to analyze carefully and strategically where bases are no longer needed or actually contribute to insecurity and thus shutter them, bring American troops home, and simultaneously rebuild US alliances and diplomatic presence worldwide,” the drafters of the letter said.

‘Bang for the buck’ 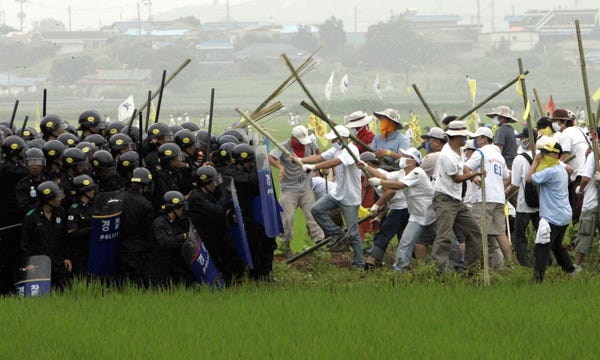 While US officials acknowledge the drawbacks of the current US presence overseas, they say something like it is still needed.

The Biden administration has already halted Trump administration plans to reduce US forces in Europe, where critics say countries can do more to defend themselves, and recently reached a cost-sharing agreement for US troops in South Korea, where many see a large US military presence as an impediment to peace. 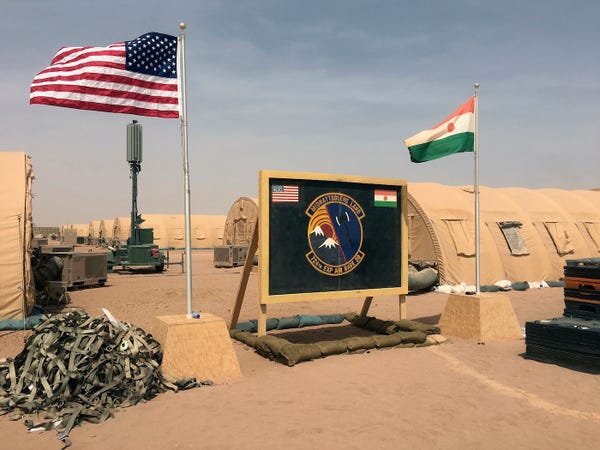 “I wouldn’t want to see us, like, say, ‘We’ve got to get out of Africa,'” Smith added. “Because I think relatively small numbers of our troops in different places can really help us accomplish our goals of containing some of the transnational terrorist threats, building partner capacity, and also, by the way, making sure that China doesn’t sneak in there and start building problematic alliances.”

The suggestion that the US can achieve the same goals with a smaller presence is unlikely to convince critics of the security policies that those bases reflect.

“If they decide we don’t need as many bases as we currently have, [that] we can just reduce them, that I worry about, because that’s essentially a way of saying we can make our current strategy cheaper and more efficient,” John Glaser, director of foreign-policy studies at the Cato Institute, said at the Quincy Institute event.

“At the end of the day, overseas bases are merely a physical manifestation of the strategy that we pursue,” Glaser said.