Cascade Investment, the firm that manages the fortune of Bill Gates, is buying half of a Saudi billionaire’s stake in Four Seasons for $US2.2 billion ($3 billion) — making Gates the majority owner of the luxury hotel chain.

The deal was announced on Wednesday morning by Cascade and Kingdom Holding, the investment firm of the Saudi billionaire, Prince Alwaleed bin Talal, in Riyadh, Saudi Arabia. Gates’ stake in Four Seasons will increase to about 71 per cent, from a little less than 50 per cent. 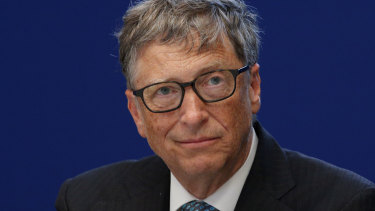 The transaction comes on the heels of Gates’ divorce last month from Melinda French Gates, the Microsoft founder’s wife of nearly three decades.

Few details of their division of cash and assets as part of the divorce are known. But Cascade continues to manage much of the Gates fortune, as well as the endowment of the Gates Foundation, the charity the former couple co-founded in 2000.

Gates, 65, and Alwaleed, 66, have known each other for decades. In 2017, the Microsoft co-founder described the prince as an “important partner” in their charitable work, and he was one of a few Western executives to voice support for Alwaleed after he was detained and accused of corruption by Crown Prince Mohammed Bin Salman.

Cascade first teamed up with Kingdom to buy a position in the Four Seasons in 2006, when each acquired a 47.5 per cent stake for a total price of $US3.8 billion. The remaining 5 per cent is held by Isadore Sharp, founder and chairman of Four Seasons.

The Four Seasons chain manages 121 hotels and resorts, and 46 residential properties, and has more than 50 projects under development. Its landmark Kingdom Tower in Riyadh is among the two dozen hotels it owns across the Middle East and Africa.

The company has also expanded efforts to attach its brand to luxury homes, as real estate developers realised that affluent buyers would pay more to live in a condominium or residential community associated with the hotel brand.

Kingdom Holding, which will retain 23.75 per cent of the hotel chain, plans to use proceeds from the transaction for investments and to repay debt. The deal is expected to be completed in January.

The hospitality sector has been hard hit by the pandemic. Despite an increase in leisure travel after vaccinations became widely available this year, a survey in mid-August commissioned by the American Hotel & Lodging Association indicated that amid a resurgence in cases in the United States, 42 per cent of the 2200 respondents were cancelling travel plans, with no intention to reschedule.