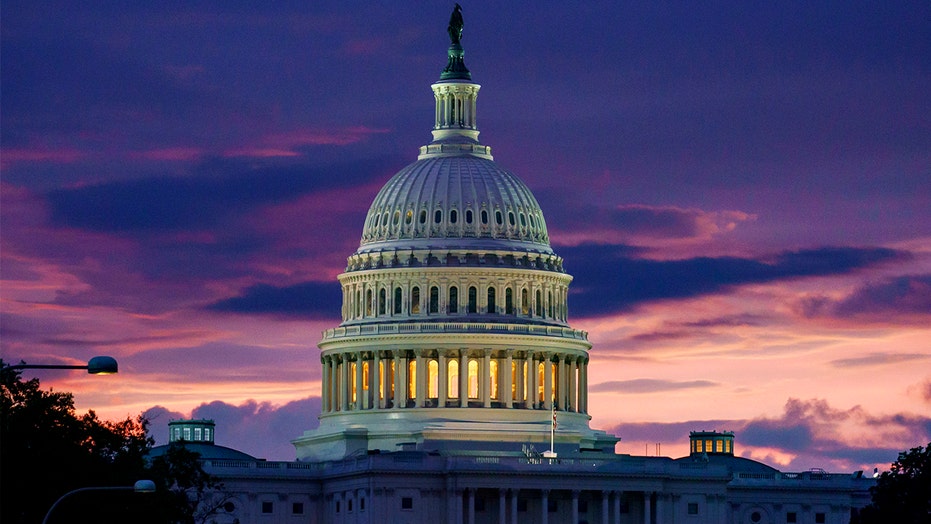 The United States Capitol Police Board holds a press conference

Leaders from the U.S. Capitol Police expressed little concern about planned demonstrations Thursday in the nation’s capital while touting security improvements made to the Capitol complex since the Jan. 6 riots last year.

“We’re aware of several events that are planned for Thursday, most of them aren’t of much concern to us,” said U.S. Capitol Police Chief J. Thomas Manger during a Tuesday new conference about the upgraded security of the Capitol complex. “There’s no intelligence that indicates that there would be any problems.” 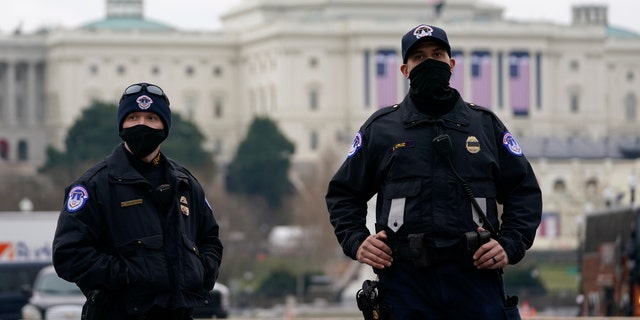 Capitol Police guard the U.S. Capitol in Washington, Friday, Jan. 15, 2021, ahead of the inauguration of President-Biden. (AP Photo/Susan Walsh)

Manger’s comments come as Washington, D.C., braces for the one-year anniversary of the Capitol riot on Thursday, with authorities readying for demonstrations but confident in their ability to prevent a repeat of last year.

But the U.S. Capitol Police chief did point to one event that authorities are keeping their eye on Thursday, a planned demonstration by Look Ahead America, a conservative group demanding justice for those still jailed after last year’s riot.

“There’s one event that is occurring, I think down at the D.C. jail that we’re paying attention to, but again, really nothing that is of great concern to us at this point,” Manger said.

Leaders from the U.S. Capitol Police board spent most of the news conference touting improvements to security on the Capitol grounds that have been made since last year, including new techniques for analyzing intelligence and blueprints for handling large-scale events.

They also touted improvements to security that are still in the works, including newly designed security windows set to be installed in the spring and an upgraded camera system that will help officers spot threats.

But not everyone is convinced that enough has been done, with one group of GOP lawmakers saying that Democrats have stymied efforts to improve security at the Capitol.

“The events of January 6, 2021, exposed serious security vulnerabilities at the Capitol Complex,” House Administration Committee ranking member Rep. Rodney Davis, R-Ill., said in a letter to House Speaker Nancy Pelosi, D-Calif., Monday. “Unfortunately, over the past twelve months, House Democrats have been more interested in exploiting the events of January 6th for political purposes than in conducting basic oversight of the security vulnerabilities exposed that day.”

The GOP lawmaker said that numerous requests for records from the House sergeant-in-arms, most notably his communications with Pelosi on the days leading up to the riots, have so far been withheld from Republicans.

Davis argued that without a thorough and bipartisan investigation into what went wrong last year, efforts to improve security at the Capitol will not be enough. He pointed to a number of the recommendations made to improve security at the building that have not been implemented nearly a year later, including physical security infrastructure at the building.

But U.S. Capitol Police leaders argued Tuesday that they have addressed nearly all of the recommendations made over the last year, with some already being implemented while others are still in development.

Manger said that “34 or 35” of the over 100 recommendations have already been implemented, while another 60 are “in progress.”

“We’ve addressed over 90 of the 103 recommendations,” Manger said.

Asked if he believed the Capitol was more secure today than it was on the day of the riot last year, Manger expressed confidence in the improvements already made.

“I believe it is, yes,” Manger responded.