Check out the pitch deck that cybersecurity startup Sternum used to raise $6.5 million to tackle security in the $465 billion market for internet of things devices

The Israeli startup, which was founded in 2018, provides cybersecurity and monitoring solutions for internet of things (IoT) devices such as pacemakers and sensors.

Sternum claims its approach differs from most existing cybersecurity companies targeting the $465 billion IoT market, which passively search for vulnerabilities to fix, by protecting against attacks in real time, says CEO Natali Tshuva.

"Our approach is different in the fact that it's focused on the exploitation, the actual attack, and not the vulnerability that the attacker tries to exploit, so it's much more sustainable," she says. "When it is out there operating then you want to prevent different attacks. In order to do that you have to create something that is capable of seamlessly integrating with the existing software of the device."

Sternum's active approach allows it to account for third-party systems in the code and means manufacturers don't have to worry about new vulnerabilities every time they update the device, adds Tshuva.

The startup saw an uptick in interest in the IoT market during the pandemic, launching four new pilot projects, according to Tshuva.

"[COVID-19] affected our business for the better," she says. "What we saw is actually more demand, more realization that the IoT revolution is becoming mature with 5G, with more and more devices deployed, and with the understanding that we are going to be based a lot on this connectivity that IoT devices enable us [with]."

By 2027, the number of IoT devices is expected to expand from 8 million to 41 million. The overall market is estimated to grow to over $2.4 trillion annually over the same period.

Sternum plans to use the funding to double its 10-person team and strengthen its go-to-market strategy. Having initially set out to raise $10 million in funding, Tshuva says that the firm decided to scale back the Series A in light of COVID-19. She adds that the startup will look to raise again in the next 12 to 18 months.

Here's an exclusive look at the pitch deck it used to bring new investors on board: 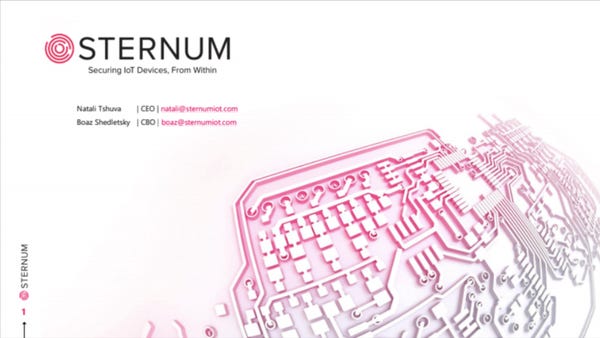 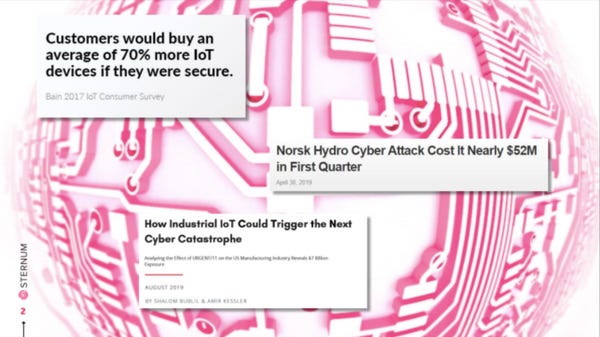 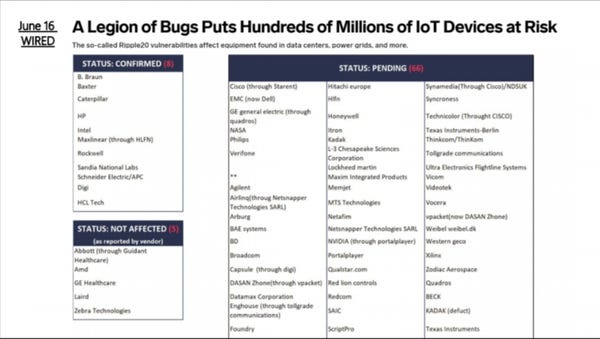 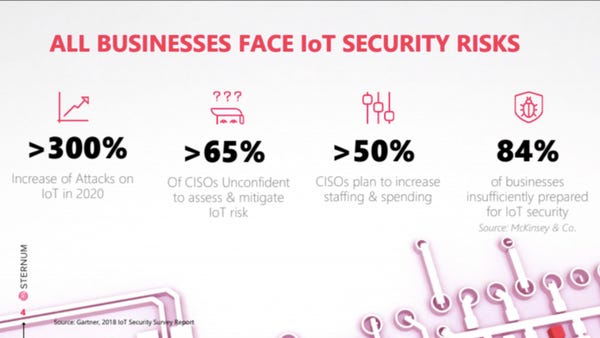 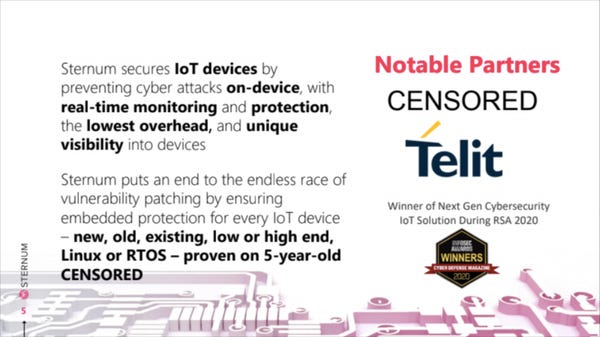 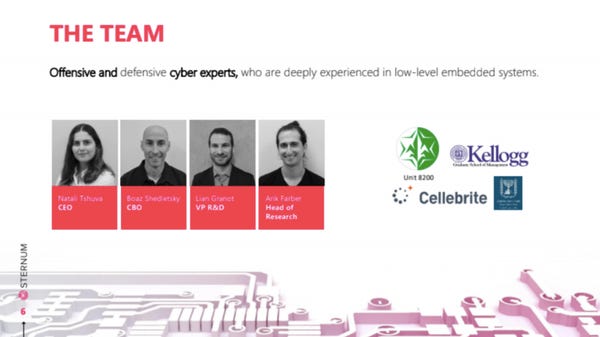 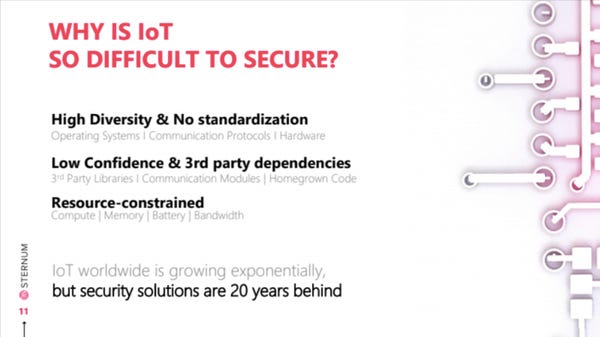 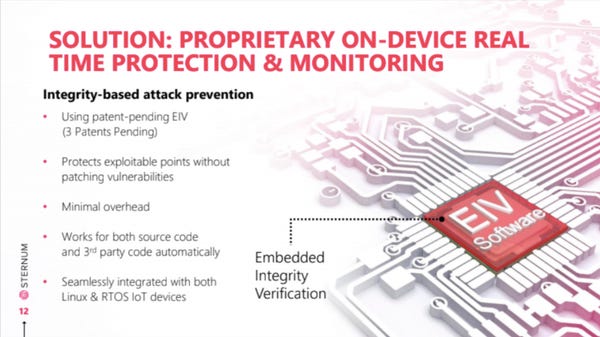 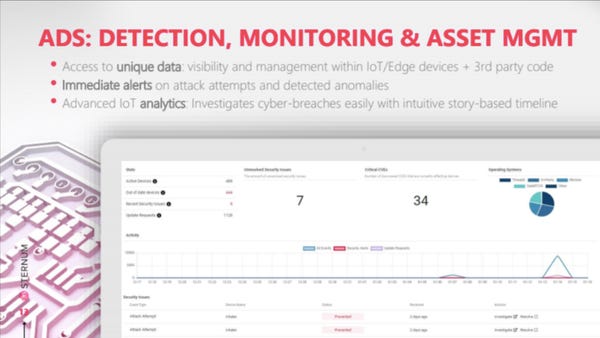 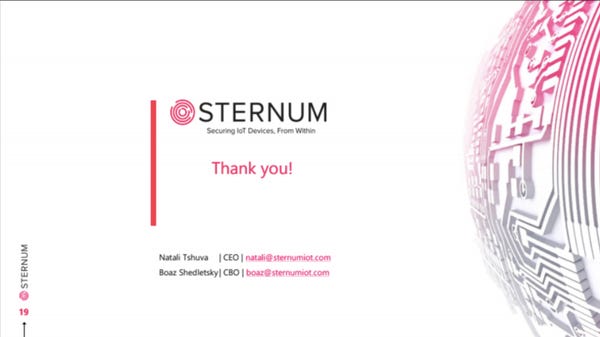