Fox News contributor Joe Concha reacted Tuesday to the White House abruptly cutting the feed of President Biden‘s briefing on wildfires with federal and state officials in Boise, Idaho. The video ended as Biden began to ask a question to officials at the event.

JOE CONCHA: If this was a one-off with the president it would be a nothing to see here situation because technical problems do happen. But now this has happened at least three times in the last couple of months…

The White House feed is robust, its redundancy is tested regularly. This appears intentional and it looks weak in the process. And you remember the White House Press Secretary Jen Psaki, she told CNN recently that she instructs her boss literally not to take questions. And it’s amazing that the guy who received more votes than any presidential candidate in U.S. history is so shielded in these situations. 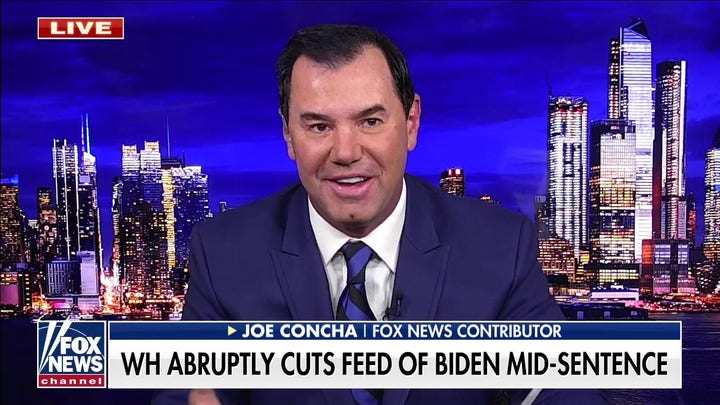