It’s hard to shake a feeling of deja vu when observing what is playing out in Australia’s casino industry. Just think of the reports that rumbled through the banking sector a few years back. 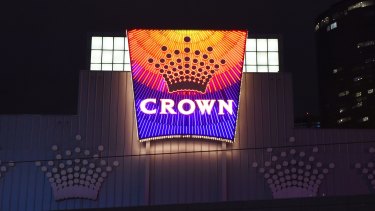 Much is at stake for Crown Resorts as the NSW inquiry gets underway. Credit:Bloomberg

The spotlight turned on the banking industry in the same way: a series of media exposes involving unsavoury practices ultimately created overwhelming pressure on the government to set up a royal commission.

Cast back to before the banking royal commission started, when the investment community took a near universal view that the probe would yield nothing other than a few red faces.

History records how wrong they were about that.

Similar comments were made before the NSW Independent Liquor and Gaming authority's Bergin inquiry started.

To date, the royal commission has cost the major banks and superannuation participants about $10 billion, in mostly compensation and compliance, and this doesn’t include the bleeding of market share to smaller competitors.

But it didn’t result in any major legislative changes. 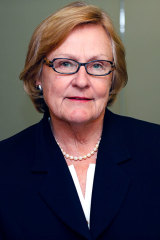 The royal commission’s verdict was that financial services companies were governed by plenty of adequate laws but they were either broken by those in the industry or not enforced by captive regulators, with The Australian Securities and Investments Commission being the prime culprit and the Australian Prudential Regulation Authority essentially missing in action.

It's a fair bet that this inquiry will lead to some significant changes in the regulatory landscape for Australian casinos.

Only two days into the substantive hearings and the tenor of questions and the evidence from expert witnesses is pointing clearly to the fact that the regulatory framework in NSW (and Victoria) that deals with so called junket operators is woefully soft.

From the three witnesses that have appeared so far, none of which have a particular expertise in Australian casinos but each of which is experienced in other jurisdictions, we get a picture of a regulatory regime in Australia that in recent years has become over-accommodating to casinos. This is a marked divergence from other countries which have tightened regulation and have tighter licensing laws around junkets.

In Vegas, for example, junkets are more like travel agents – they arrange airfares and accommodation but importantly do not lend money to players.

Even Macau has made some effort to license junket operators and crack down on the market, although its success is arguable.

Until a few years ago, junkets had to be licensed in NSW but regulations were eased after Crown was given a licence to open its Sydney casino.

Expert witness Professor Nelson Rose suggested casinos should not be treated by regulators in the same way as any other industry nor should the regulator’s goal be to make the casino profitable.

"I don’t think (self-regulation) works for a morally suspect industry," he ventured.

There have been numerous references to the murky world of these junket operators, links to organised crime and money laundering and even "extrajudicial deaths" linked to bad debts.

The regimes in Victoria and NSW do not require the licensing of junkets and instead lean on casino licence holders to oversee junket operators.

The notion of regulatory capture was raised in passing by Commissioner Patricia Bergen on Tuesday, undoubtedly it will be raised again, particularly in relation to Crown and the Victorian regulator.

What stricter regulations means for casino profits remains to be seen. In Singapore, where junkets must be licensed, the two large casinos make healthy profits.

Junkets need to be licenced in Queensland, which doesn’t seem to have presented a problem for The Star’s operations.