In media news today, Peter Doocy says Biden called his cellphone to ‘clear the air,’ Whoopi Goldberg goes off on Bill Maher for his pandemic comments, and Sarah Palin tests positive for COVID delaying her defamation case against the New York Times.

The liberal media will not let former New York Times opinion editor Bari Weiss live down her confession that she’s over the coronavirus pandemic, including Daily Beast columnist Wajahat Ali, who argued on MSNBC’s “The ReidOut” that this kind of “selfish” thinking reflects the roots of America.

“It reflects America’s cruelty, right?” he said Monday. “We’re a generous country. But, at the same time, we have also had cruelty, White supremacy, misogyny. America says go ahead and die, but just don`t die on my lawn.”

Ali argued that Americans preach about respecting the “greatest generation,” but when it comes to the pandemic, “F grandma and grandpa.” And while some support pro-life policy and stand up for the children, parents are “perfectly fine” with their kids getting COVID.

The ex-New York Times contributor slammed those expressing exhaustion with the pandemic for being selfish Americans who are unable to “sacrifice the bare minimum,” like abiding by mandates. 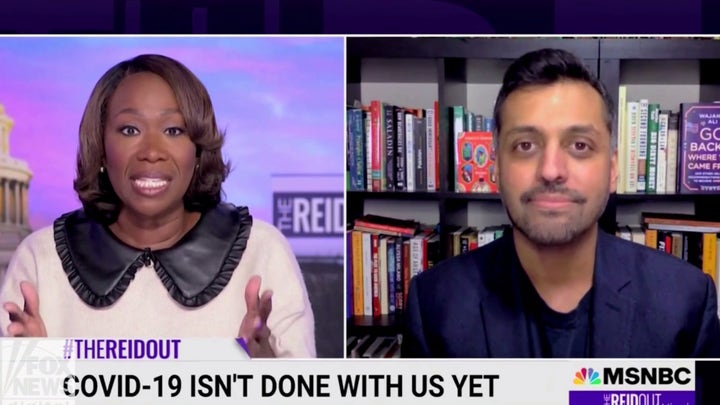 “So, we’re dealing with selfish people with their inconvenience and materialism, who just can`t sacrifice the bare minimum,” he said. “You don`t get to storm the beaches of Normandy. Wear a mask once in a while. But it shows a selfishness that is at the root of this country.”

Host Joy Reid expressed how she’s “amazed” by the amount of people who are unbothered by the COVID death count since she’s “still stressed out” about the number of people who died in tragedies like 9/11 and the sinking of the Titanic.

“I cannot sleep just thinking about that many people dying at once,” she said.

The host and her guest reflected on Weiss’ comments and responded that even though the journalist is “so bored” with the pandemic, Reid said, COVID itself is not over.

“The Bari is so low for some people who whine and complain about cancel culture from the most prestigious platforms, these smug cynics who use their contrarianism as a shield for their selfishness,” Ali said. “I don`t care that you`re annoyed about your dinner dates or about your brunches or that you go on Bill Maher and you`re just over COVID.”

“The rest of us human beings who care about one another, we`re over COVID, but we`re doing the right thing.”

In addition to his MSNBC appearance, Ali penned a Medium op-ed on Monday under the headline: “You’re over Covid? Congratulations. Covid doesn’t give a s—.” The writer claimed he wished he didn’t have to write the article in 2022 since he “assumed we would have learned by now.”

“Nope,” he wrote. “We live in a self-destructive America with one of the lowest vaccination rates of the G7 countries thanks to disinformation, the weaponization of masks and vaccines by the right-wing, and the utter selfishness of the privileged and obscene.”

Ali explained that the notion Weiss and other figures who complain about COVID are acting “childish” is even an offensive statement since his own children have not whined at all but instead respect the necessary sacrifices.

“No, these adults aren’t being childish. They are simply acting like a-holes,” he said. “Even the 2-year-old wore a mask without complaint. They are not unique.” 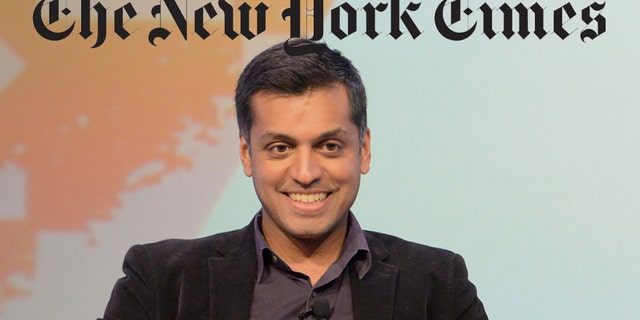 “So, to those who are complaining about being ‘done’ with Covid, I say, respectfully, neither I nor Covid really gives a s—,” he concluded. “Instead, you can try being part of the collective solution by acting like a responsible adult and doing the bare minimum so all of us can move on and enjoy the rest of our lives with peace and security. Or, you can continue being ridiculous.”