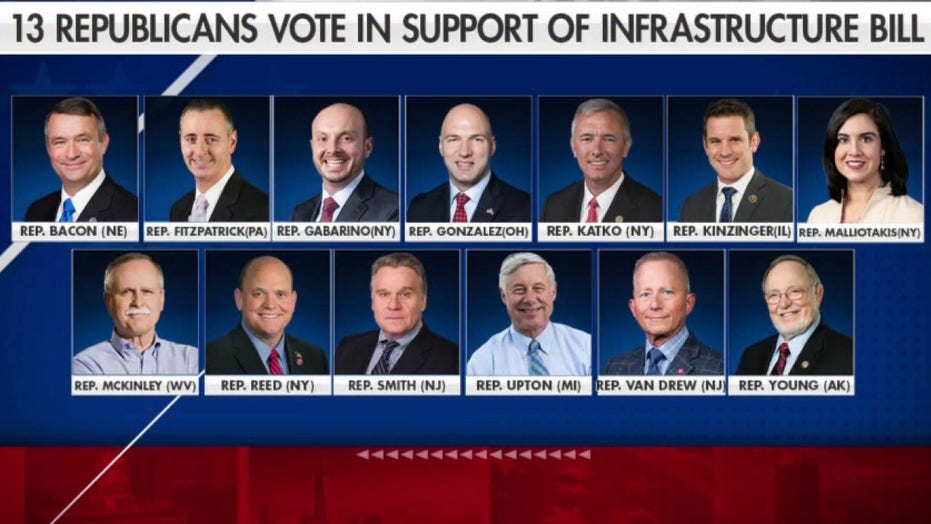 Infrastructure bill was passed with the help of these Republicans

After months of frustrating attempts to pass the bipartisan infrastructure bill, Speaker Nancy Pelosi, D-Calif., finally got it across the finish line with the support of 13 Republican House members. The bill, which received 19 GOP votes in the Senate, was decoupled from the broader social spending package known as Build Back Better.

Many conservatives are outraged at the defectors who crossed the aisle, but maybe they shouldn’t be.

There were basically three possible outcomes for the bills. The first was that neither passes. This was always a long shot, as evidenced by only six of the 40 members of the Progressive conference voting no. The vast majority compromised. Is it possible a total meltdown could have derailed both? Maybe, but it would have taken perfect and unlikely circumstances.

A second scenario was that both bills pass as is. That is still a possibility, but even if more moderate House Democrats fold after the Build Back Better is scored by the Congressional Budget Office in the coming weeks, that still doesn’t solve the problem of objections from Sens. Joe Manchin, D-W.Va., and Kyrsten Sinema, D-Ariz. Progressives are no closer to getting their support; in fact, it may have just gotten much more difficult.

The final possible outcome, and one that seems most likely, is that Build Back Better sees significant cuts now that the progressives are no longer holding the infrastructure bill hostage. This is the outcome the 13 GOP defectors are counting on. And if that is indeed what happens, it should be viewed as a win for the Republicans in Congress.

This is not a hill to die on by igniting a civil war in the GOP.

It’s also worth noting that six of the 13 Republicans who voted yes were from New York or New Jersey, both states that see huge boons in the bill, including $10 billion for the Metropolitan Transit Authority. People may scoff at Rep. Nicole Malliotakis “selling out” for HOV lanes on the Staten Island Expressway, but you know who doesn’t scoff at it? Her voters on the island who drive on that parking lot.

It is understandable why so many in the conservative pundit class are angry. For many, fighting Democrats at all cost is its own reward. And that is an approach that has had some success. But this is not a hill to die on by igniting a civil war in the GOP. The real beneficiaries of primarying these swing district Republicans, as many have suggested, would be the Democrat candidates running for those seats. 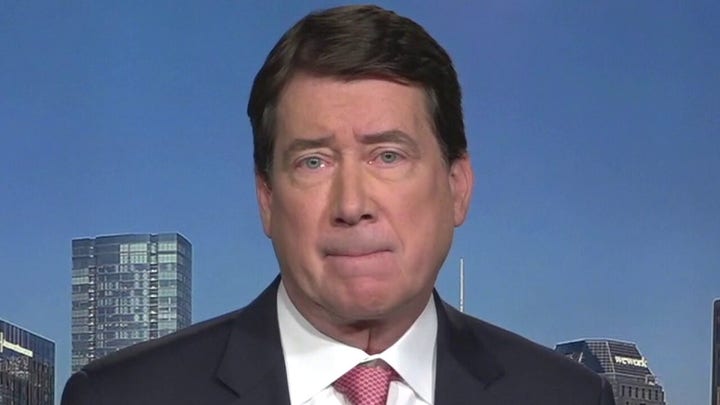 Arguably more absurd are attacks on House Minority Leader Kevin McCarthy, R-Calif., for not holding his caucus in line. He is dealing with margins just as small as Pelosi is, including retiring members such as the ever recalcitrant Adam Kinzinger, R-Ill.

The bottom line is that there were a significant number of yes votes for BIF in the House from day one. Pelosi held off on that vote in the hopes of securing a compromise with progressives. Why? Because she didn’t want to have to rely on GOP votes, but that is exactly what happened. 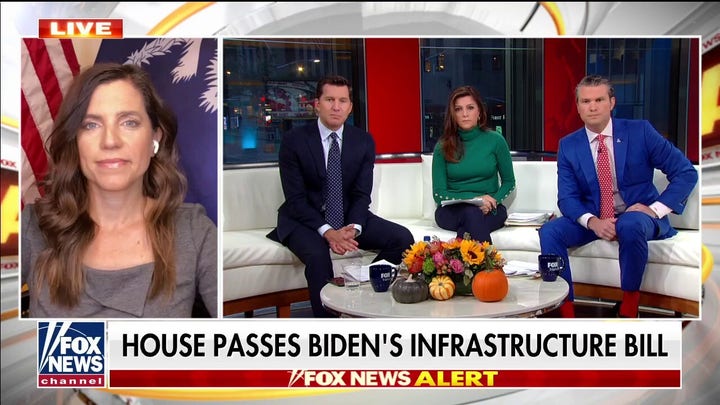 There is a time in politics for anger and outrage. This ain’t it. The time to stop the infrastructure bill was in January when Republicans lost control in the Senate by losing two winnable seats in Georgia. That result all but assured that Democrats would get some tax-and-spend legislation through. There’s a lot for conservatives to dislike in the infrastructure bill, electric charging stations, for example, but it’s a conventional and somewhat bipartisan package.

Now the fight moves to Build Back Better, a far more dangerous package in that it introduces entitlements likely to last forever if they are passed. With infrastructure out of the way, sane Democrats and Republicans are in a better position to fight against those provisions.

Elections have consequences, and this is very likely the best position the GOP could find itself in going into the fight over massive social spending.