Rep. Lucy McBath, D-Ga., called earlier this month for officials at every level of government to step up efforts to address systemic inequality, arguing at a virtual event that racism was “in every fiber” of the United States.

McBath made the remarks on June 18 while participating in a virtual town hall hosted by law firm Duane Morris in honor of Juneteenth, the newly established federal holiday commemorating the end of slavery in the United States. During the event, a moderator asked the Georgia lawmaker to detail her opinion on the state of race relations in the country and the corporate community’s role in fostering change.

In response, McBath argued that recent events, such as nationwide protests against police brutality following the death of George Floyd and the passage of GOP-backed election bills in Georgia and other states, were proof that systemic racism still exists.

“What has been happening these last few years, I have to be honest, I think that a lot of the upheaval and the uprising that we’ve been experiencing since 2016, I think a lot of it is a great backlash to having President Barack Obama for eight years,” McBath said. “I think that there are demographics of people in the country that are afraid. They are afraid of the browning of America. They are afraid that the power and authority that they have is slipping through their hands.” 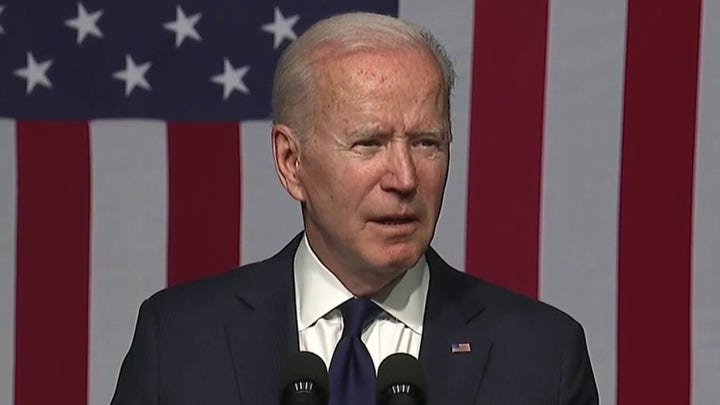 “I think what we’ve seen since 2016 has been an awakening for America. People who thought, ‘oh, racism doesn’t really exist.’ Racism, the country was founded on racism. Racism is in every fiber of our country,” she added.

Democrats and Republicans have offered differing viewpoints in recent months on the state of race relations. Democrats have called for sweeping legislative overhauls for federal police standards following Floyd’s death, as well as the passage of an election overhaul known as the “For The People Act” in response to GOP-backed election bills in several states.

Democrats have alleged the bills amount to voter suppression, while Republicans say the measures are necessary to ensure election integrity following a contentious 2020 cycle.

“We’re in a reckoning right now. I think the United States of America has come to a reckoning that we’ve got a lot of work to do yet,” McBath said. “We’ve not arrived yet with what people want to brush under the rug and say, ‘oh, we’ve arrived, we’re a post-racial society.’ We are not, and until we are able to not only acknowledge our history of racism, bigotry and discrimination — I think everyone now is recognizing that — but we’ve got to go beyond recognizing it.”

The difference in party messaging was on display in April, when President Biden argued during his first speech to Congress that policy initiatives such as his two-pronged infrastructure spending package provided a “real chance to root out systemic racism that plagues American life.”

Sen. Tim Scott, R-S.C., delivered the official Republican rebuttal, declaring that “America is not a racist country” and accusing Democrats of using race “as a political weapon to settle every issue the way one side wants.”

McBath is a prominent Democratic lawmaker in Georgia, where Biden won a surprise victory over former President Donald Trump in the 2020 presidential election. She won reelection in Georgia’s 6th congressional district last November, retaining a seat once held by former House Speaker Newt Gingrich when the state was still a GOP stronghold.