Dinosaurs were killed off by a COMET that 'pinballed' off Jupiter 66million years ago, scietnists claim

SCIENTISTS are one step closer to solving the mystery of where the asteroid or comet that destroyed the dinosaurs came from.

The Chicxulub impactor, as it is known, left behind a crater off the coast of Mexico that spans 93 miles (150km) and goes 12 miles (19km) deep. 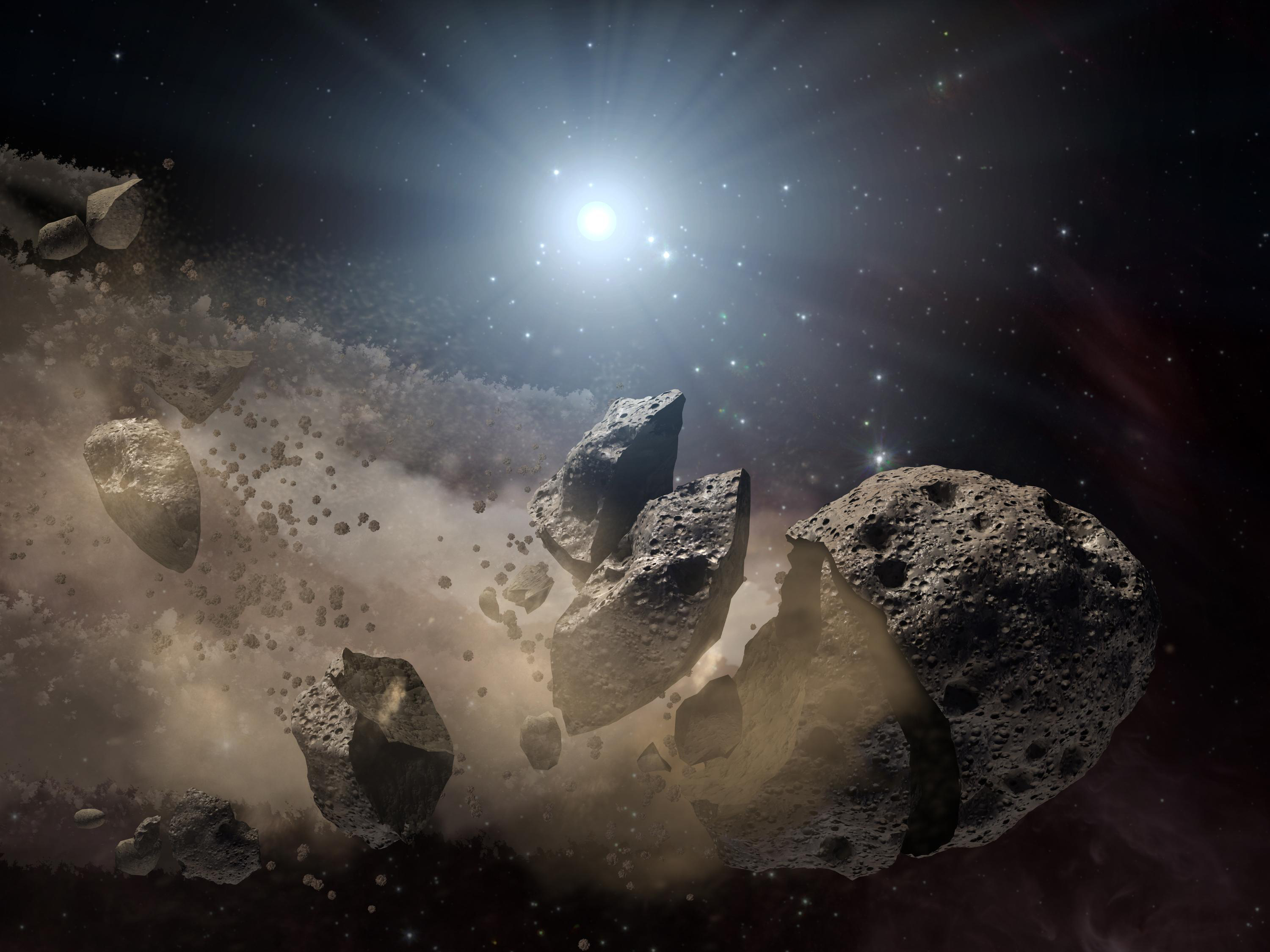 It was tens of miles wide and wiped out the dinosaurs, along with the end of almost three-quarters of the plant and animal species then living on Earth, when it crashed into Earth about 66million years ago.

Now Harvard University scientists say a significant fraction of long-period comets originating from the Oort cloud, an icy sphere of debris at the edge of the solar system, can be bumped off course by Jupiter's gravitational field during orbit.

A portion of the comet could then come close to the sun and break up into smaller pieces, increasing the probability that one of these fragments hits Earth on the way back. 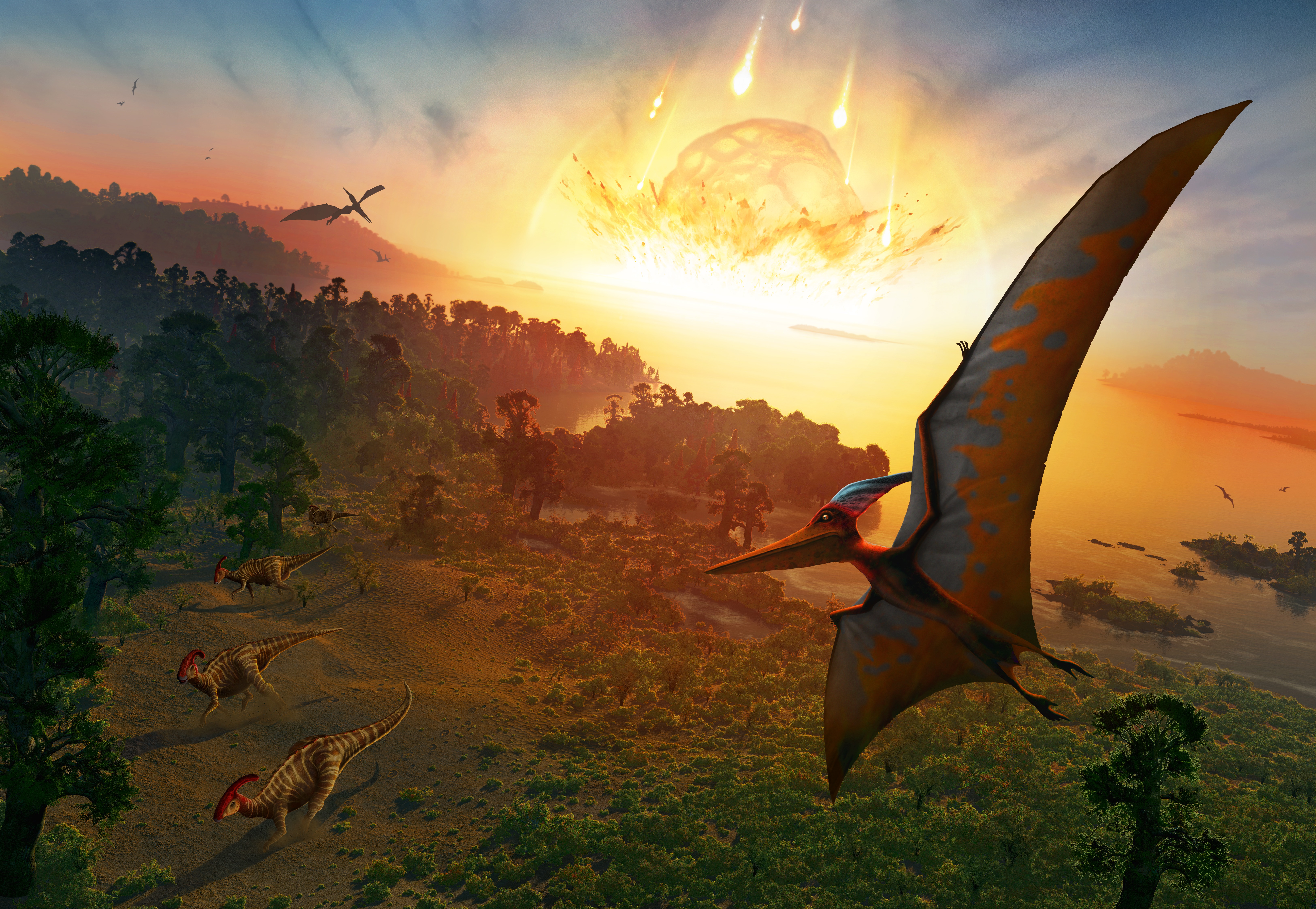 "Jupiter, the most massive planet, kicks incoming long-period comets into orbits that bring them very close to the sun."

As they pass close to the sun, the comets – nicknamed sungrazers – can experience powerful tidal forces that break apart pieces of the rock and ultimately, produce cometary shrapnel.

Mr Siraj added: "In a sungrazing event, the portion of the comet closer to the sun feels a stronger gravitational pull than the part that is further, resulting in a tidal force across the object.

"You can get what's called a tidal disruption event, in which a large comet breaks up into many smaller pieces.

"And crucially, on the journey back to the Oort cloud, there's an enhanced probability that one of these fragments hit the Earth."

In a study published today in Nature's Scientific Reports, researchers say their new rate of impact is consistent with the age of Chicxulub, providing a satisfactory explanation for its origin and other impactors like it.

What’s the difference between an asteroid, meteor and comet?

Astronomer Avi Loeb said: "Our paper provides a basis for explaining the occurrence of this event.

"We are suggesting that, in fact, if you break up an object as it comes close to the sun, it could give rise to the appropriate event rate and also the kind of impact that killed the dinosaurs."

Evidence found at the Chicxulub crater suggests the rock was composed of carbonaceous chondrite.

But the pair's hypothesis might also explain this unusual composition.

The researchers say their theory can be tested by further studying other similar craters, and even ones on the surface of the moon to determine the composition of the impactors.

In other news, scientists recently found the first evidence of T-Rex style carnivorous dinosaurs in Australia.

A new species of dinosaur known as the “Reaper of Death” was identified last year.

And, a dinosaur with a star-like skull which lived 75million years ago has been named after David Bowie.

What's your favourite dinosaur? Let us know in the comments!