According to EHang, the expansion of dense cities and urbanization has subsequently resulted in an increase of fire risks on top of the challenges that already exist with fighting fire in an urban environment.

To address these ever growing safety concern, EHang created the 216F, which it believes will become an "essential equipment" for fire stations across the world with its ability to tackle fires in high-rise buildings.

This isn't EHang's first foray into the AAV technology industry. The Guangzhou, China-based company — which was founded in 2014 — specializes in creating autonomous and accessible electric air mobility vehicles that are designed to move both people and cargo.

This includes its flagship two-seater EHang 216, a vertical take-off and landing (VTOL) AAV with potential applications in fields like tourism and medical transport, according to its maker. The EHang 216 has already made its US trial flight debut at the North Carolina Transportation Summit this past January, and it now serves as the platform for the firefighting EHang 216F.

While the price of the 216F hasn't been announced yet, the original EHang 216 AAV currently costs around $287,625, according to EHang's white paper.

Because many high-rises are located in dense cities, response times from emergency firefighting services may be delayed. 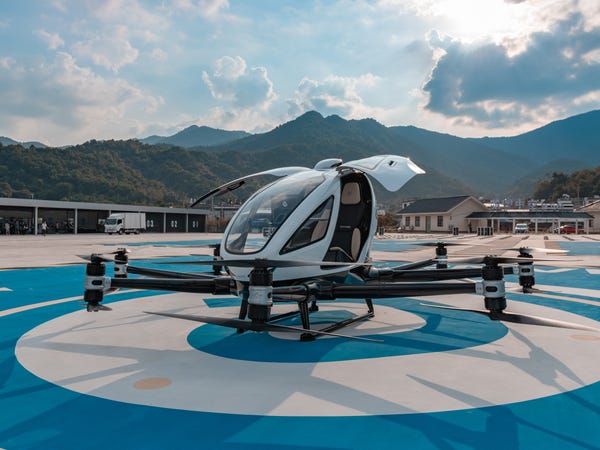 But according to EHang, because the 216F can function as a fleet and be remotely controlled and autopiloted, the AAVs will be able to arrive at the fire before first responders. 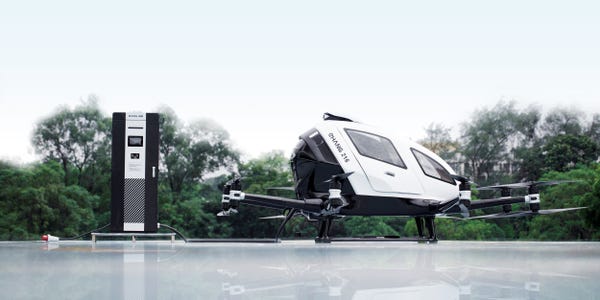 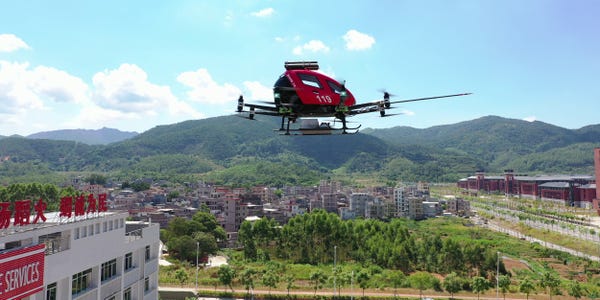 … and carry up to six fire extinguishing bombs and 39.6 gallons of firefighting foam. 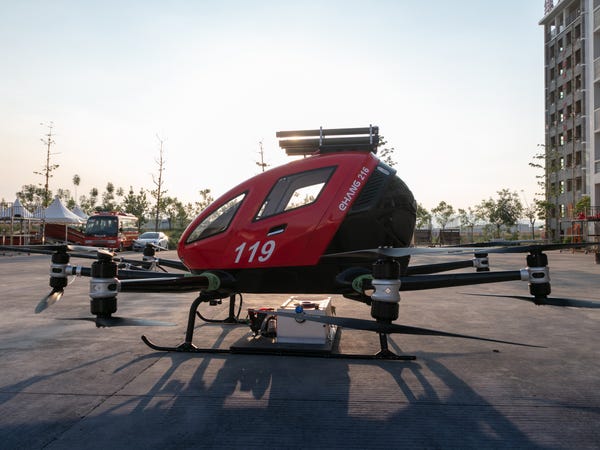 According to eHang, these features solve the issue of fighting fires in high-rises with traditional nozzles that are less than 164 feet long. 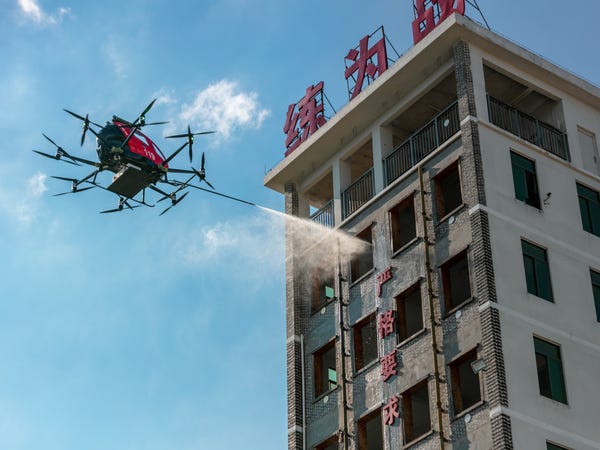 The 216F uses a camera to locate the fire and "laser aiming" technology to break the window with a projectile. 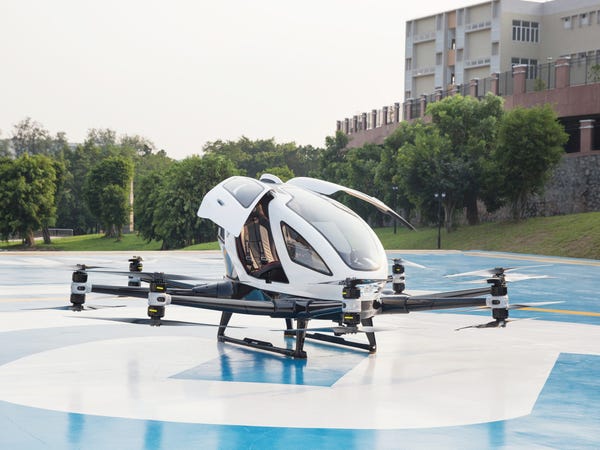 Then, the aforementioned fire extinguishing bombs and foam — the latter loaded in a full-range spray — can be used to put out the flames. 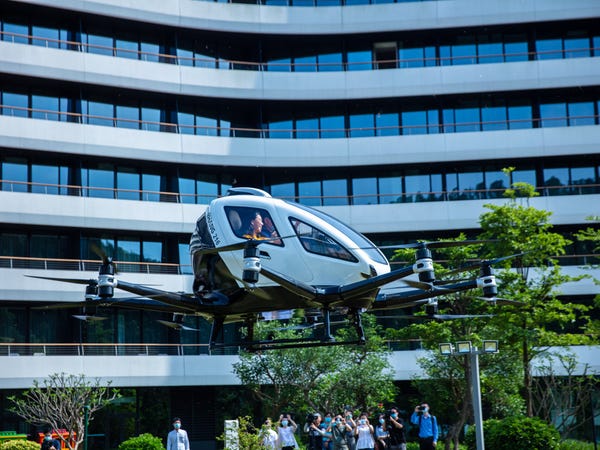 Its maker predict that the 216F will be used at "urban" fire stations to tackle flames within a 3.1 mile radius. 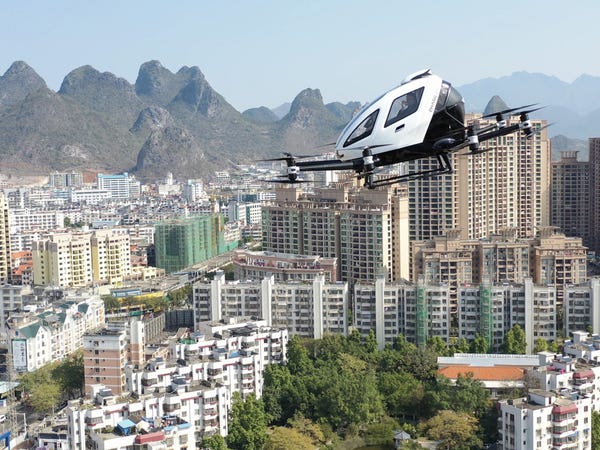 A day before the unveiling of the firefighting aerial vehicle, EHang announced its plans to create a new production facility in Yunfu, China to meet increasing demands. 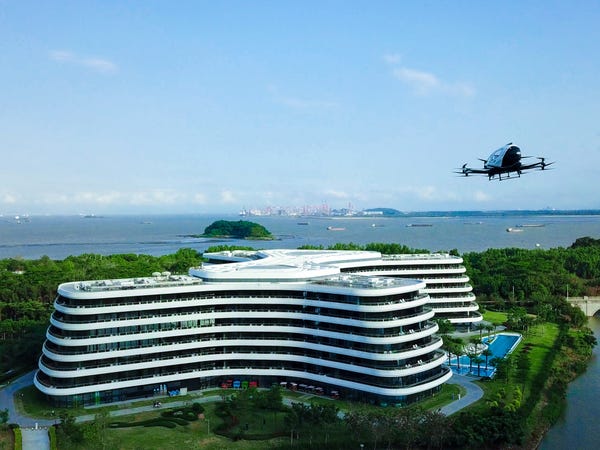