It was the shareholder meeting of 2021 that was worthy of top billing – Australia’s biggest carbon emitter, AGL, came face to face (well screen to screen) with its environmentally concerned investors.

Numerous Australian companies have recently faced the environmental backlash from investors. But AGL has been squeezed by the pincer of big emissions and plunging profit – enough to upset any shareholder.

The entertainment even included the self-nomination of a young student Ashjayeen Sharif to the board – a proposal roundly rejected by other directors and, unsurprisingly, wildly unsuccessful. 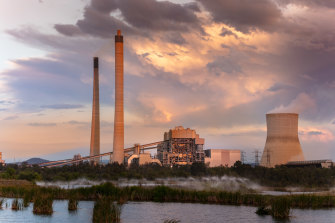 AGL comes under pressure from shareholders.

It looked like a cut-down version of Greta Thunberg’s United Nations speech on the need for climate action with a corporate twist.

To be sure, shareholders chalked up a victory of sorts – scoring the largest vote in Australia’s history in favour of forcing a board to report emissions targets and report how pay packets will be aligned with achieving them.

Ultimately this proved to be a pyrrhic victory because adopting the shareholder resolution required a change to the company’s constitution – and the vote to achieve this failed.

But after a couple of hours of verbal beating, AGL chairman Peter Botten managed to have all resolutions voted in line with the board recommendations.

That said, the company avoided a second strike on its remuneration package but only after it acquiesced to big shareholders and proxy forms to overhaul pay performance measures and transparency.

Botten and his board don’t need a shareholder meeting to take the temperature of its shareholders’ feelings about AGL’s environmental credentials.

They understand that AGL has been caught on the wrong side of history. Ten years ago, it loaded up its balance sheet with coal-fired generators it now can’t afford to close down but which impose a massive reputational cost on the company.

(And AGL and other energy companies are getting no help from the government, which has a hopeless inability to commit to larger cuts in carbon emissions.)

The enormous fragmentation in the supply of energy has come about with the fall in the cost of renewables – a situation that has seen consumers and businesses switch to an energy self-service model.

In the case of households, this has been primarily achieved through the installation of roof solar panels, while large energy using companies have taken to building their own energy infrastructure.

A tsunami of supply collided with a COVID-induced shrinkage in demand – and the price of wholesale electricity fell accordingly – and with it AGL’s earnings. 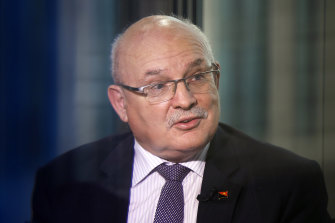 AGL chairman Peter Botten managed to have all resolutions voted in line with the board recommendations.Credit:Bloomberg

This move began slowly but in recent years has accelerated very quickly. AGL, which to be fair has also invested heavily in renewable energy, was overtaken by the environmental stampede. And it has a share price and earnings to prove it.

Less than two years ago, AGL completed a $650 million buyback of its own stock at $19 compared with the current price of $5.68. This alone demonstrates the board’s failure to read the tea leaves.

While there was never any great threat to AGL’s ability to push through the resolutions at Wednesday’s annual shareholder meeting, the reality is this was merely a warm-up event.

The real action will take place next year when shareholders get to vote on splitting AGL into two separate companies.

These two companies can be roughly characterised as a retail supplier of energy and a wholesale generator of energy – officially named AGL Australia and Accel Energy – but more colloquially known as Cleanco and Dirtyco.

The challenge of navigating through this separation, avoiding saddling either sibling with too much debt and finding investors willing to retain a stake in a corporate environmental leper need to be addressed.

All this needs to take place against the backdrop of a further fall in AGL’s earnings.

Wednesday’s annual meeting will seem like a walk in the park in comparison.