Investors and fund managers are optimistic reporting season will continue to show consumer bright spots this week as some of the ASX's biggest companies including Wesfarmers, Crown and BHP reveal their numbers and potential impact from the coronavirus.

The positive sentiment comes as the S&P/ASX 200 nudges near record highs and speciality retailers such as JB Hi-Fi reported stronger than expected numbers last week, despite broader concerns about the retail market. 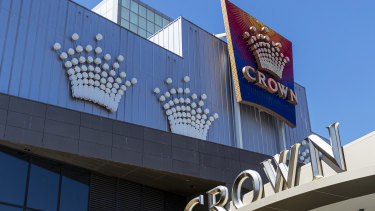 Crown Resorts will unveil half-year numbers on Wednesday in a week focused on retail, energy and consumer spending. Credit:Getty Images

"It looks like Australians are still spending … and all of a sudden expectations have turned on a dime," said Lincoln Indicators executive director Elio D'Amato.

Pengana Capital emerging companies portfolio manager Ed Prendergast said retail had not been "universally positive by any stretch" but some brands such as Kathmandu-owned Rip Curl last week revealed better than expected results.

"It's patchy — there's no clear sign [coming] out of retail," he said.

Perth-based conglomerate Wesfarmers and its recently spun-out supermarket chain Coles will provide their half-year figures this week with Coles recently telling investors its Christmas campaign had exceeded expectations and delivered comparable sales growth of as much as 2 per cent for the first half.

The local sharemarket has rallied throughout the reporting season despite significant concerns about the impact of coronavirus on Australian companies.

Mr D'Amato said the local market was not responding to concerns of global risk with the level of caution many analysts had expected.

"The market’s not listening to what the economics are telling us… that market is really ignoring it," he said.

Investors will be watching whether James Packer's Crown Resorts' half-year update makes any mention of coronavirus. The virus has played a role in recent developments for the casino giant, with Hong Kong's Melco Resorts citing it as a reason for its decision not to go ahead with a planned further investment in Crown worth $880 million. The coronavirus crisis has hit Asian tourist numbers and led to a shutdown of all of Melco's casinos in Macau.

Crown has previously indicated to this publication it would be cautious about commentary on coronavirus during its half-year results, as the numbers only covered up to December 2019.

Fund managers said the virus so far had not translated into the destruction of share prices at the rate some expected.

Chief investment officer of Australian Eagle Asset Management, Sean Sequeira, said he would look favourably on businesses that could adequately explain the short-term impact of the virus on their business.

One company that has flagged an impact is Cochlear, which warned of a profit hit of up to $30 million for the full year due to implant surgeries being paused in China because the virus. Cochlear reports half-year numbers on Tuesday.

"It shows that the management team has a good understanding of the business — that rates very highly," Mr Sequeira said.

Against a backdrop of strong reports, he said the Australian Eagle team would be looking beyond interim numbers to assess whether company managers were "managing the expectations of the market" and showing their longer-term game plans were on track. 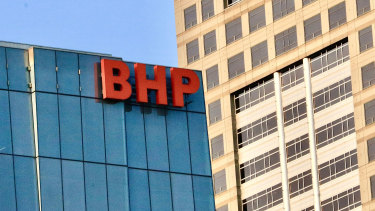 "We’re not particularly concerned by how individual half reporting is coming out, it's how that turns into the longer-term forecasts."

Longer-term forecasts will also be front of mind in the resources sector this week, with the world's biggest miner BHP and Fortescue Metals Group set to report earnings.

Citi analysts predicted iron ore and gold miners would return "positive surprises" this week given elevated prices for both materials. Gold prices are nudging $2360 an ounce, up by more than 25 per cent compared with a year ago and iron ore prices have spiked as high as $US123.19 a tonne this year but have softened over the past month to $US84.86.