Google and Facebook love to talk about the cutting-edge stuff that they’re working on. Metaverse! Driverless cars! Cloud! Artificial intelligence! Facebook is even rebranding itself as Meta to reflect its virtual-reality future.

The reality, though, is that these tech companies are rich and powerful because they are the biggest sellers of advertising in the world. They do essentially the same thing that William Randolph Hearst did a century ago: They draw our attention to try to sell us yoga pants. (OK, Hearst’s newspapers probably didn’t have ads for leggings.) 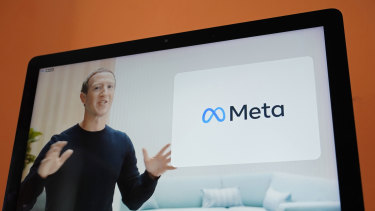 There’s a vigorous public debate about the benefits and serious trade-offs of the digital worlds that Google and Facebook created. It’s less jazzy to think about digital advertising that these tech titans have popularised. But like everything else about these companies, it’s complicated and important.

Alphabet, the corporate entity that includes Google, made about 80 per cent of its revenue this year from the ads that we see when searching the web, watching YouTube videos, checking out Google Maps and more. Facebook generated 98 per cent of its revenue from ads. (Facebook didn’t really talk about this when it revealed the company’s vision of us living, shopping and working in its virtual reality world.)

It’s not breaking news that Google and Facebook are souped-up versions of old-school advertising mediums like newspapers or radio. I am stressing the point for two reasons. First, zeroing in on their essence helps demystify those tech superpowers. Google and Facebook seem less mythical and imposing when you know that their empires are built on selling us more socks.

Second, I want us to think more about the warts-and-all effects of the Google and Facebook advertising powerhouses. The methods of advertising that the companies helped popularise — highly automated; based on information about who we are, what we do online and where we go; and at a scale unlike anything before — has changed the world around us in both good and harmful ways, without most of us really noticing.

Sure, some of the benefits are easy to see. Google and Facebook offer (arguably) helpful products and services at no cost to us because advertising pays the bills. Ads also make stuff that we use outside Google and Facebook cheaper. Or possibly more expensive, which I’ll get to in a minute.

Zeroing in on their essence helps demystify those tech superpowers. Google and Facebook seem less mythical and imposing when you know that their empires are built on selling us more socks.

If you type “Miami vacations” into Google, that’s a blaring signal that you might be interested in booking a hotel room. If a hotel can pay an average of $US1 per new customer for its website to show up prominently in those Google search results — versus spending $US2 for each customer if it buys a television commercial — those hotel rooms might be cheaper for us.

That example is radically oversimplified, but you get the point. Even if you say that you hate ads or never use Facebook, the ads on these sites have beneficial ripple effects.

But there are also major drawbacks. To sell ads, Google and Facebook normalised the data arms race to collect as much information about us as possible, and now the bank, grocery store and weather apps are grubbing every detail they can to sell their own ads. Digital advertising also has a persistent problem with fraud and overpromises that essentially impose a tax on everything that we buy.

The last thing I’ll mention is the perpetual motion machine of bigness. Google and Facebook are the biggest advertising sellers in the world largely because they are the largest gatherings of humans in the world. More people translate into more spots to sell ads.

That has created ripple effects for entertainment companies, newspapers and internet properties to try to merge or do anything they can to get bigger. I wonder if we would have a healthier economy and internet life if TikTok and nearly every other company weren’t trying to amass the biggest audience of humans possible — partly to compete with Google and Facebook and sell more ads.