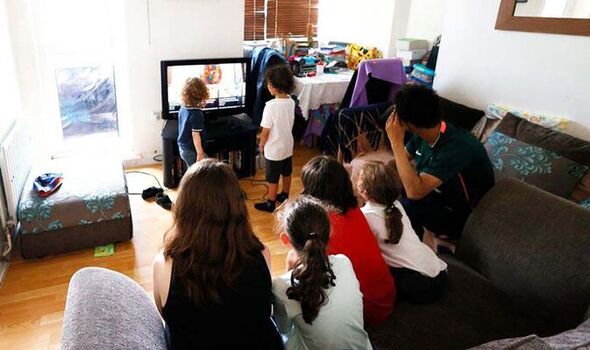 Ms Laima, who doesn’t want to use her first name, feels “trapped” with her partner and their six children in the housing association property in Hackney, east London. Three children share one room while Ms Laima, her spouse and their three youngest kids – aged between two and six – sleep in the other bedroom. In the latter, the six-year-old squeezes into the same cot he used as a baby.

Ms Laima, 37, says the flat also has a mould issue and that Metropolitan Thames Valley housing association is “ignoring” her concerns.

“We’re overcrowded – we shouldn’t be living like this,” the mum of six told My London.

“I think [Metropolitan] are just ignoring me. I’m just stuck in this position, until I have to make complaint after complaint. I don’t want compensation, I want them to fix the works in the flat. We shouldn’t be living the way that we are – why does it have to take months and months for things to get fixed?”

The mother moved into the property 17 years ago when she had just one child.

But now, although she has five more kids, the mother remains in the tiny flat.

Ms Laima has been looking to find a new home with more space through the Hackney Choice lettings scheme which, according to the Hackney Council website, allows “applicants on the housing waiting/transfer list to have greater control over where they live. You can apply for advertised properties, rather than wait to be allocated a home.”

“For the past three weeks with Hackney Council, no properties have come up on their system, so I’ve not been able to bid,” the mother said.

“It’s a nightmare. I feel like my voice isn’t getting heard anywhere, like I’m hitting my head against a brick wall, whether it’s through Hackney Council or Metropolitan.”

And now the family believes the living conditions are having a detrimental impact on the health of the children.

Ms Laima and two of her children suffer from asthma, which she says is made worse by the persistent mould and damp issues in their home.

She continued: “I’m so stressed and drained.

“You speak to all these professionals, but it just feels like no one is listening. There are a lot of people in my situation, but I can only speak for my own family and how we’re living, and I honestly think we shouldn’t be living like this. If there is light at the end of the tunnel, I’m just waiting to see that light.

“My 18-year-old, she’s rarely at home. She doesn’t study at home, so some weekends she stays at her friend’s because of lack of space. This is nearly every weekend. She’s always out, she just knows that the situation is what it is and we’re just stuck here until we get moved. It’s a frustrating situation. I don’t know where to turn anymore.”

Hackney Council, which is a Labour stronghold, says its waiting list for housing is significantly long.

A spokesperson for the authority said: “We would of course prefer to provide a suitable, permanent home to every family that needs it, and we are acutely aware of the difficulties faced by Ms Laima and the 8,500 other families on our housing waiting list.

“Last year only 409 homes became available of which only seven were 4 bedroom or larger which is what Ms Laima is seeking. The estimated waiting time for a 4 bedroom home is 13 years.

“There are a range of other options available to residents including the mutual exchange scheme, enabling people to apply to exchange properties with other Council tenants in Hackney – or another Council, housing association, or other housing provider, in London and across the country. All of the options available can be found on our website. If Ms Laima contacts our Housing Advice service we can arrange an appointment to go through these options in more detail with her.”

A spokesperson from Metropolitan Thames Valley said: “Quite rightly, Ms Laima expects her family to be able to live in comfortable conditions. We strongly sympathise with the issues they are facing and have been working to rectify them. However, we apologise that this has not yet been achieved. We have been in discussion with Ms Laima for several weeks to arrange damp and mould treatment. However, on her request we are first replacing the windows, which are scheduled to be fitted by the start of July.

“We have also been liaising with contractors since last month to carry out the necessary work to fix the front door lock. This is scheduled to be completed within the coming days and we will arrange a suitable time with Ms Laima for this to happen.”