The new changes are new to most motorists, with a third saying they were unaware that the rules were being revamped. 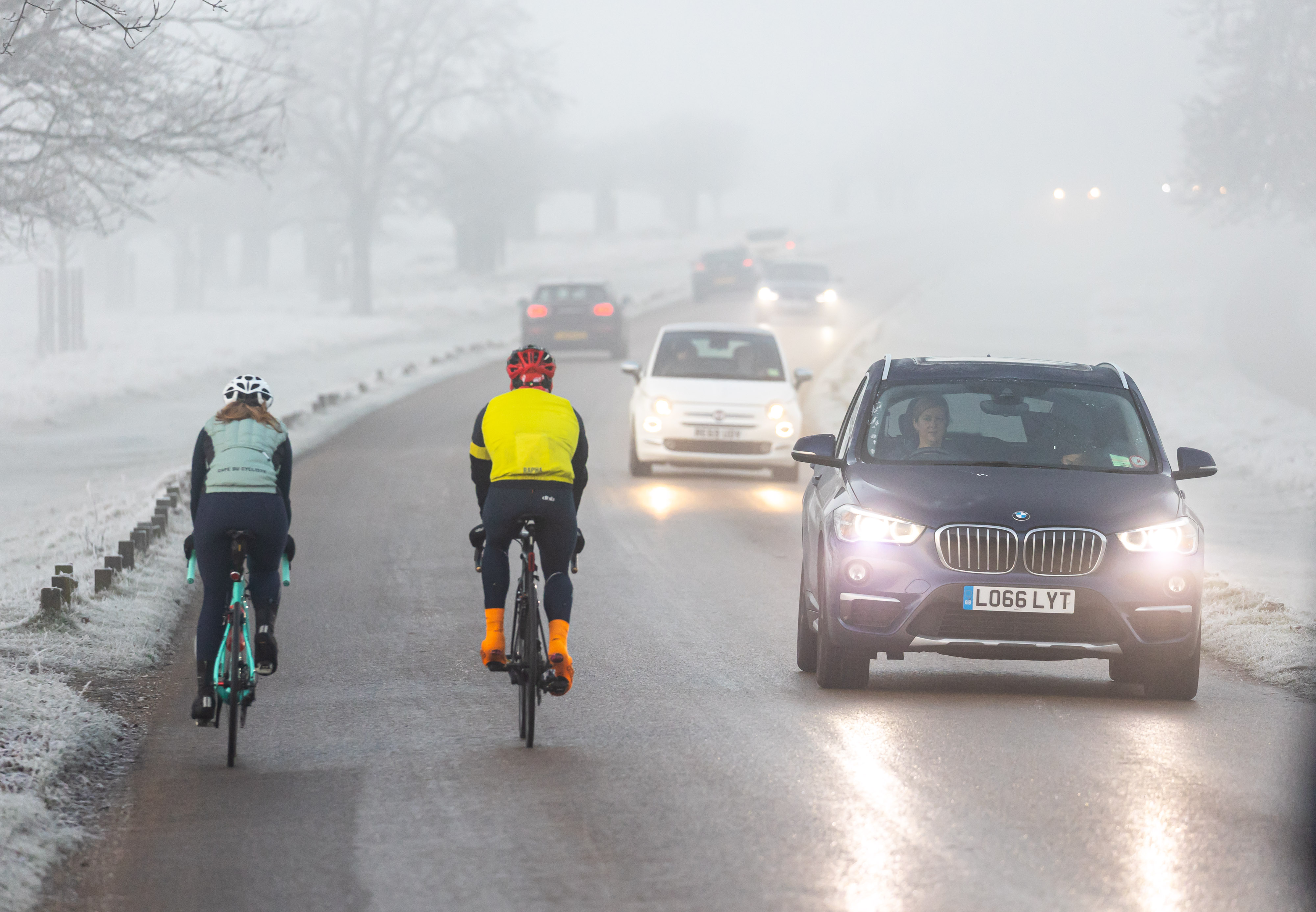 But experts have warned that the policy changes could cause more road rage incidents and spike resentment towards cyclists.

The Highway Code contains advice and rules for people on Britain's roads and a total of 49 existing rules are to be updated with new amendments as well.

It is set to be updated on January 29 pending final parliamentary approval to introduce a risk-based hierarchy of road users.

Under the new rules cyclists will be urged to travel in the middle of a line, ride two abreast and have priority over turning cars when they are travelling on either side of the vehicle.

Cyclists are also no longer obliged to use cycle tracks even when they are there, and drivers should give five feet of space when they are overtaking a biker.

The changes are set to be introduced next Saturday, but charities and motoring groups have warned that not enough has been done to make people aware of them.

SCUM BACK TO MINE

Neil Greig, the director of policy and research at IAM RoadSmart, a road safety charity, told the Times: “A lot of drivers are going to think that somebody cycling in the middle of the lane in front of them is doing it to deliberately slow them down.

“That leads to conflict and road rage and inappropriate overtaking. Everybody needs to know all of these changes at the same time for it to work.”

The Alliance of British Drivers slammed the changes as potentially dangerous.

A spokesman said: “The proposed hierarchy of road users is likely to create or exacerbate resentment and ill feeling between different classes of road user, and may lead to irresponsible attitudes by cyclists and pedestrians."

One in three drivers are unaware of the major changes, with four per cent of people admitting they had “no intention” of looking over the details.

The AA accused the Government of being "far too silent" on the changes, but the Department for Transport (DfT) insisted it will ensure "all road users are aware".

AA head of roads policy Jack Cousens said: "With a week to go, too many drivers are unaware of the new rules of the road.

"While the Government formally announced these changes last summer, they have been far too silent in promoting them.

"Shockingly, one in 25 drivers say they have no intention of looking at the new rules.

"These changes affect everyone, so we encourage people to read the updated code now so we can make our roads safer."

Provisional DfT figures show 4,290 pedestrians and 4,700 cyclists were killed or seriously injured in crashes on Britain's roads in the year to the end of June 2021.

Duncan Dollimore, head of campaigns at charity Cycling UK, said the changes to the Highway Code will happen "overnight" so the lack of official publicity is "frustrating".

This "helps no-one", he warned. "Neither the walkers and cyclists the rules are meant to protect, nor the drivers who are somehow meant to telepathically know about them."

A DfT spokesman said: "The proposed upcoming changes to the Highway Code will improve safety for cyclists, pedestrians and horse riders and were announced to national press.

"The department has established a working group of key organisations to ensure that messages about the changes are as widespread as possible and our well-established Think! campaign will continue to ensure all road users are aware both when these changes come into effect and beyond."