TALLAHASSEE, Fla. (AP) — Girls under the age of 18 will have to get a parent’s permission before having an abortion under a bill passed by the Florida Legislature on Thursday that Gov. Ron DeSantis is expected to sign.

The House voted 75-43 largely along party lines for the legislation that expands a current law that requires a girl’s parents are notified before she can have an abortion. DeSantis asked lawmakers to send him the bill during his State of the State speech that kicked off the legislative session last month.

“What we are talking about is a child, and here were are talking about a child who is carrying a child,” said Republican Rep. Erin Grall, who sponsored the bill. “By including parents in this decision we empower the family. It is the critical backbone of our civilized society.”

The debate over the measure lasted nearly four hours. 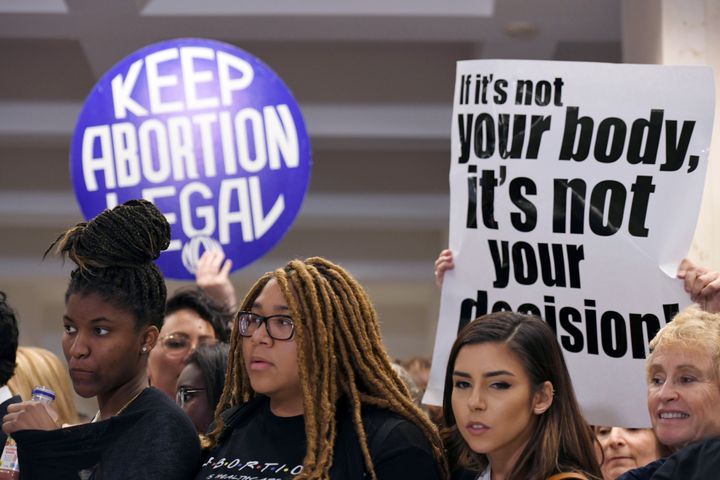 The bill has a provision that will allow a girl to ask a judge for a waiver from the law in cases of abuse, incest or when involving a parent could cause more harm than allowing the procedure. But opponents argued that asking minors to negotiate the legal system when they are already scared and ashamed could drive them to illegal abortions.

“We are codifying into law that someone else can force a girl to have a child she does not want to have,” Democratic Rep. Susan Valdes said. “I worry that many girls will, when deprived access to a safe termination of pregnancy, take the risks of finding an unsafe, dangerous and untested method of terminating their pregnancies.”

She said that might include searching the internet for “mystery concoctions” in an attempt to end the pregnancy.

Democrats also said some girls might risk being thrown out of their homes or beaten if they tell their parents they’re pregnant. But Grall said that just because there are some bad parents, it doesn’t mean the rights of others to be part of the decision should be taken away.

“We hear the stories about the bad parent, the human trafficking, the intolerant parent, the abusive parent, the parent who will kill their child. I refuse to accept that we should diminish the rights of all parents in the raising of their children because of the acts of a few,” Grall said.

Republicans argued that children need a parent’s permission to go on a school field trip and can’t go to an R-rated movie without a parent or guardian, so it makes no sense to make a life-altering decision on their own.

Florida will join 26 other states in requiring that at least one parent give written permission authorizing a doctor to terminate the pregnancy of a minor. Doctors who perform abortions without the parental consent of a girl under 18 would face up to five years in prison for a third-degree felony.

In 1979, the Florida Legislature enacted a similar parental consent law, but it was struck down a decade later by the Florida Supreme Court, which ruled that a woman’s right to privacy extended to pregnant minors. Bill supporters say the constitutional issue has been addressed in the current bill by including the judicial waiver and with a provision that would allow abortions in cases of medical emergencies without parental notification.

Once DeSantis signs the bill, it will become law July 1. It is certain to be challenged in court, but the current makeup off the state Supreme Court is overwhelmingly conservative.