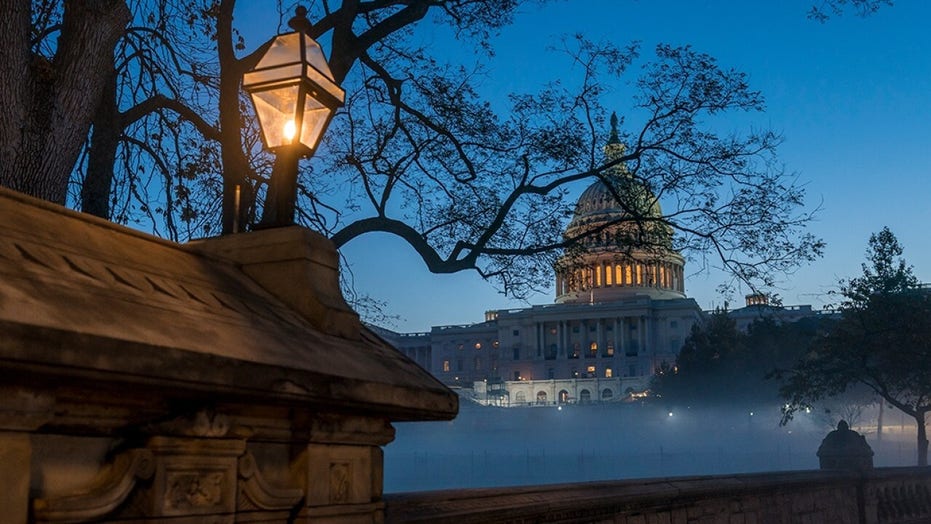 Reaction and analysis on ‘The Five.’

Sen. Rick Scott of Florida is taking to the airwaves in neighboring Georgia.

The runoffs for the Republican-held seats will take place Jan. 5, and they will determine whether the GOP holds on to its majority in the chamber, or if the Democrats will control both houses of Congress and the White House.

The ad features comments by Schumer made this in early November, when the minority leader said, “Now, we take Georgia. Then, we change America."

Scott, speaking to the camera in his ad, says, “That’s Democrat leader Chuck Schumer. You heard him. They plan to take Georgia so they can change America.”

Scott takes over at the beginning of the new year as chairman of the National Republican Senatorial Committee, the Senate GOP campaign arm. But the new ad comes from his ‘Let’s Get to Work’ political action committee. Scott political advisers confirmed that the senator will spend roughly $200,000 to run the ad statewide for eight days mostly on Fox News and some airings on CNN.

Scott, who’s considered a potential White House hopeful in the 2024 GOP presidential nomination race, is scheduled to campaign in Georgia later this week for Sens. David Perdue and Kelly Loeffler, the two Republican candidates in the runoff elections.

The GOP retained their seats in Alaska and North Carolina this week, so the party currently controls the Senate 50-48. That means the Democrats must win both of Georgia’s runoff elections to make it a 50-50 Senate, in which Vice President-elect Kamala Harris would be the tie-breaking vote, giving her party a razor-thin majority in the chamber.

Loeffler, who is an appointed senator, captured nearly 26% of the vote in a whopping 20-candidate race in the special election to serve out the final two years of former Sen. Johnny Isakson’s term. Democrat Raphael Warnock winning nearly 33% of the vote. Loeffler and Warnock now face off in the other runoff contest.

Pushing back against the new ad, Democratic Senatorial Campaign Committee spokesman Stewart Boss told Fox News that "this DC-driven nonsense from Republicans is what happens when you have nothing good to say about your own candidates."

Boss charged that "Senator Loeffler has embraced QAnon believers, Senator Perdue has run his campaign on racist tropes, and they both used their early knowledge of coronavirus to profit off the pandemic while downplaying the public health threat to Georgians."

This isn’t the first time in this election that Scott, who is a multi-millionaire, has reached into his pockets to pay for ads on behalf of other Republicans.

Last month Scott’s political action committee made a six-figure ad purchase in his home state, which like Georgia is a key general election battleground, to run commercials supporting President Trump and taking aim at then-Democratic presidential nominee Joe Biden. The president ended up winning Florida by slightly more than 3 points. But Fox News, other networks and The Associated Press, have projected that Biden will get enough electoral votes to be elected president.

And Scott raised eyebrows in January, when he ran ads attacking Biden in Iowa just ahead of the state’s presidential caucuses.