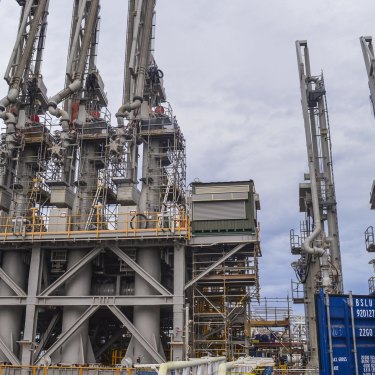 Chevron’s Barrow Island emergency services team was once considered one of the best private firefighting forces in the country.

Collectively, the tight-knit group of former military and professional firefighters from around the country had hundreds of years of experience under their belts to match the serious dangers Chevron's $54 billion Gorgon facility on the island, 60 kilometres off Western Australia's Pilbara coast, could pose if something went wrong as it processed millions of tonnes of pressurised and highly flammable gas each year. 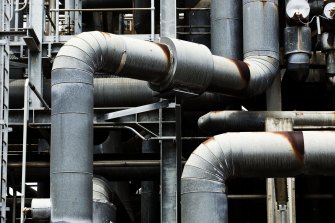 Millions of tonnes of highly flammable gas travels through the Gorgon plant every year.Credit:Dominic Lorrimer

But over the past year a new contract between Chevron and its Barrow Island private emergency services contractor Parabellum International removed the requirement for professional firefighting experience for new emergency services officers, known as ESOs.

Now at least half of those skilled staff have either resigned or were made redundant and been replaced with cheaper staff with no real-world firefighting experience as both companies pursue cuts to wage bills and other costs in the face of falling energy prices.

Speaking on the condition of anonymity over fears of being blacklisted in their small industry, five former Parabellum employees, who have detailed knowledge of the plant’s emergency services operations, have blown the whistle on what they believe is a “disaster” waiting to happen.

The former employees said the situation had become so bad that new staff were being hired with no firefighting or hazardous materials experience and, despite job ads for Parabellum requiring new hires to have a truck licence and certificate III in firefighting, they didn't even have those.

“I am genuinely concerned about the safety of all personnel over there at the moment, it is getting to a point where it is actually dangerous,” one former senior employee said.

“There are guys on the island who don't even have [heavy rigid] truck licences and all the trucks on the island are heavy vehicles and you need an HR licence to drive them. 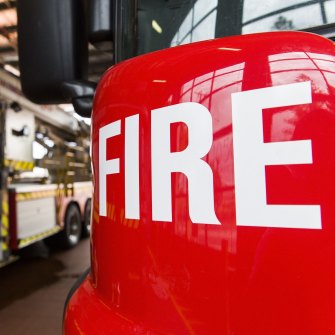 The new contract removed the requirement for ESOs to have firefighting experience.Credit:Paul Jeffers

“Presently, if there was an incident there it would be a disaster.”

Another employee said Parabellum previously only hired ESOs with between five and seven years' firefighting experience.

“These guys are doing a two-week course and they’re expected to stand up when something goes kaboom, it is just wrong,” he said.

An employee who was made redundant earlier this year said the plant would be in jeopardy.

“It’s in jeopardy now,” he said. “If there is an accident there now, they've got unskilled people. They are not equipped to operate the equipment that is designed to protect people.”

Parabellum International is a WA-based emergency services provider aimed at the resources sector, but its Gorgon contract is its biggest by far. Its previous five-year contract was worth nearly $15 million annually and required professional firefighting experience, but the new contract was negotiated for less money in the face of plummeting LNG prices and removed that requirement to broaden the pool of people eligible for the role.

In May, Parabellum itself revealed Gorgon was at risk of shutting down as it struggled to meet emergency staff requirements, which it blamed on COVID-19 and difficulties associated with bringing in its largely eastern states-based workforce.

The former employees rubbished that suggestion. They blamed staffing woes on cost savings that culminated in a proposal in September to alter the enterprise agreement to cut pays by 9 per cent and scrap paid flights to WA for eastern states workers.

“Presently, if there was an incident there it would be a disaster.”

The ESOs voted down that proposal and launched a general protections claim in the Fair Work Commission after being angered by a suggestion from Parabellum management that severance payments would not be available to staff who wanted to leave if they didn’t vote yes.

The claim was eventually abandoned after the commission advised there was no dispute, but by October the number of ESOs on the island had dropped from 26 to 22.

Parabellum has since been hit with a wave of stress leave claims and employees said up to 10 more skilled ESOs had left since October, only to be replaced by less experienced workers.

One former senior employee said Gorgon was always designed to have qualified firefighters to respond to incidents and Chevron faced a “double whammy”, with the quality issues emerging in Gorgon’s highly pressurised propane kettles.

“You've already got public concerns about Gorgon to be able to operate safely and design issues and now you have the fire service, who are supposed to respond when the shit does hit the fan, and you don’t have enough of them,” he said. 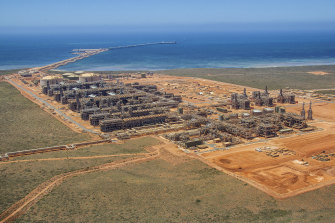 “What we’re seeing now is that Parabellum is unable to attain those levels of coverage, they don't have enough people and the big one is they are now putting people's lives at risk.”

Another former senior employee said recruiting skilled firefighters from within WA was always difficult because the state’s Department of Fire and Emergency Services workers were some of the best-paid in the country.

“What has fundamentally changed in three years to need less qualifications?” he said.

“If a train goes down and you have 60 people on the island working in and around the gas plant instead of 160 people, there are still 60 people that are exposed so the risk is still there.”

Both Parabellum and Chevron confirmed the requirement for firefighting experience had been scrapped to allow people with emergency response experience outside of professional firefighting organisations to be hired.

Both companies rejected the former employees' claim that safety was at risk on the island because of skill and staffing levels. A Chevron spokeswoman repeated a statement from November that Parabellum had at all times met and continued to meet all resourcing requirements.

A Parabellum International spokesman said the company was meeting its requirements.

“All Parabellum emergency services personnel hold the requisite qualifications for their position and are thoroughly skills-tested to ensure their capabilities meet the unique and complex environments in which we operate,” he said.

“We continue to comply with all relevant regulatory requirements and implement best-practice emergency response and management procedures.”

The safety regulator of Gorgon, the WA Department of Mines, Industry Regulation and Safety, was also unfazed by the employees' concerns and said no official complaints had been received about the state of the emergency services team.

That plant will be in jeopardy. It’s in jeopardy now. If there is an accident there now, they've got unskilled people.

DMIRS dangerous goods and petroleum safety director Steve Emery said Chevron must have clearly defined systems in place to ensure it complies with its safety plan that has been approved by the department.

“The department routinely inspects and audits Chevron to confirm its compliance with the safety plan and to ensure it continues to meet its overall regulatory obligations,” he said.

The former employees said they were not bitter about their departures from the island, with most already employed elsewhere.

They said they were concerned about their treatment while on the island and the erosion of skills that was putting pressure on the ESOs that remained on Barrow and degrading emergency response capabilities.

“You don’t want to have people who have to think about what they are doing," one former senior employee said.

“When it goes flash to bang it is just all muscle memory, roll out, hit it as hard as we could with everything we could with an absolute avalanche of knowledge and technical expertise and then roll up at the end of it, job well done.”

Related posts:
Hot News
Senators mull censuring Trump as an alternative to impeachment trial
Joe Lieberman, Natan Sharansky: The Holocaust story does not end at Auschwitz – here's one you should know
College tuition is priced more like airplane seats than anything else, according to a new book on the cost of education
Reddit Day Trader Army Fattens Fortunes of the Super-Rich
‘Real Housewives’ star Teresa Giudice cuts price of NJ mansion to $2.25M
Home Entertainment Revenue Jumps 21% To Record $30B, Universal Reaps $500M-Plus From PVOD Per DEG 2020 Report
Nasdaq CEO Friedman says the exchange will halt trading in a stock if they link unusual activity to social media chatter
Recent Posts
This website uses cookies to improve your user experience and to provide you with advertisements that are relevant to your interests. By continuing to browse the site you are agreeing to our use of cookies.Ok