Fox News correspondent-at-large Geraldo Rivera and Fox News contributor Leo Terrell both slammed leaders in San Francisco for going soft on crime after a viral video emerged of a man shoplifting from a Walgreens as a guard stood by without intervening.

During an appearance on “America’s Newsroom,” Rivera asserted that San Francisco is “reaping what it sowed.” Many others are blaming city leadership for a surge in retail thefts that have forced businesses to close their doors in recent years.

Geraldo added that a society’s ability to enforce rules, including social agreements to stop at red lights, not trespass or kill our neighbors, and even pay for things at Walgreens, hold civilization together.

Terrell seemed to take Rivera’s line of thinking a step further by suggesting that Democrat leaders in major cities are “allowing” criminals to commit crimes with the “blessing” of state prosecutors.

“It is a total destruction of the civilized community within these Democratic cities,” Terrell said. 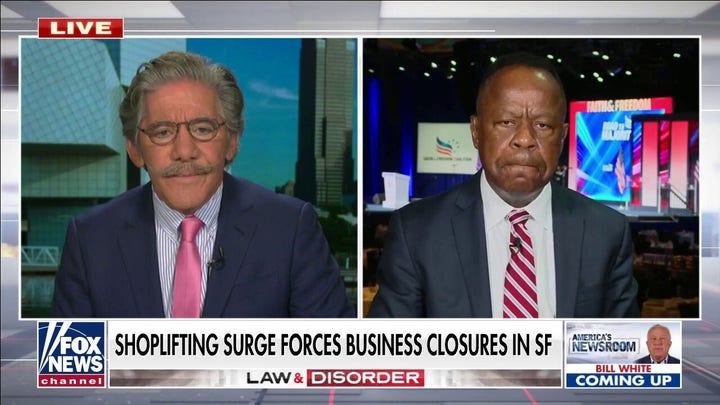 The San Francisco Chronicle reported that Walgreens closed 17 stores in the city in the last five years.

At a San Francisco Board of Supervisors meeting last month, retailers lamented that organized retail crime has been on the rise in the city.

Walgreens said it spends 35 times more on security guards at stores in the city than in other U.S. locations, and theft at these locations is four times higher than in other stores.

A spokesperson for the DA’s office called videos and stories depicting crimes like what happened at Walgreens, “infuriating.”