Eleven Republican lawmakers sent a letter to Yahoo urging the company not to cooperate with a House investigation into the Jan. 6 insurrection, except they addressed it to a CEO who left more than four years ago.

The lawmakers, including Reps. Mo Brooks (of Alabama), Madison Cawthorn (N.C), Marjorie Taylor Greene (Ga.), Paul Gosar (Ariz.) and Lauren Boebert (Colo.), sent letters to 13 businesses telling them not to comply with requests from the House select committee investigating the events of Jan. 6.

The committee requested that certain phone and social media companies preserve the records of individuals not publicly identified as linked to the insurrection as well as those involved in the “Stop the Steal” rally. The House probe is attempting to determine who was actively involved in planning the violence aimed at overturning the presidential election. Some of the relevant subjects could involve Republican lawmakers, including some of those who sent the letters. 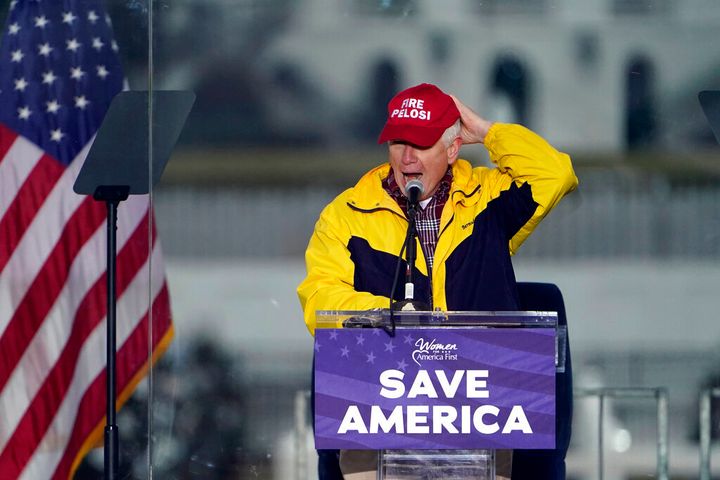 Brooks and Cawthorn, for example, revved up the crowd with speeches at the “Stop the Steal” rally that preceded the siege of the U.S. Capitol. Brooks even wore body armor at the rally.

In the letters, the GOP lawmakers reportedly threatened the companies, saying they would use “all legal remedies” to go after them if they comply with the committee’s requests.

The letter that was addressed to Yahoo CEO Marissa Mayer, which was obtained by Forbes, revealed some of the Republican Party’s strong-arm tactics being used against businesses to persuade them to obstruct justice, critics said. Except Mayer departed from Yahoo in 2017. Yahoo’s current CEO is Guru Gowrappan.

Last week, the watchdog group Citizens for Responsibility and Ethics in Washington (CREW) filed an ethics complaint against House Minority Leader Rep. Kevin McCarthy (R-Calif.) and Greene, who both claimed that the companies could be shut down if they complied with the committee’s requests.

“House rules require members to uphold the laws of the United States and to conduct themselves at all times in a manner that reflects creditably on the House. The threats of McCarthy and Greene do neither,” said the complaint, which was filed with the chief counsel of the Office of Congressional Ethics. “Threatening retaliation for complying with legally valid document demands and preservation requests appears to violate 18 U.S.C. § 1505, which prohibits obstructing congressional investigations, and does not reflect creditably on the House.′

CREW President Noah Bookbinder said in a statement that McCarthy and Greene were “transparently trying to thwart the select committee by illegally threatening companies with reprisals if they comply with the committee’s proper and lawful requests — quite possibly to protect themselves.”

“On January 6, we saw the gravest domestic attack on our democracy since the Civil War.  Blatant obstruction of the investigation could leave our nation even more vulnerable to a future attack,” Bookbinder said.

The outrage over phone records is ironic given the Trump administration’s secretive intrusion into private communications. Under Donald Trump, the Justice Department secretly seized phone records of reporters at The New York Times, CNN and The Washington Post.