Republican lawmakers are demanding answers after the State Department removed Nigeria from a watch list for countries that raised “particular concern” about religious freedom.

In a Monday letter to Secretary Antony Blinken, seven GOP senators requested the department place Nigeria back on the list, which includes countries like North Korea and Saudi Arabia.

The African nation has been rocked by attacks from groups like Boko Haram and punishes individuals who violate its blasphemy laws. Last year, the Trump administration placed Nigeria on that list but the Biden administration released an updated list In November that omitted Nigeria ahead of Blinken’s visit to the country. 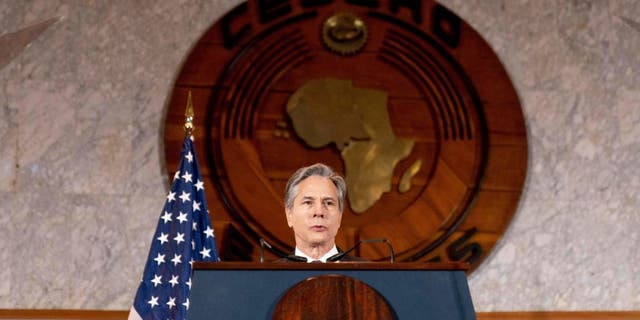 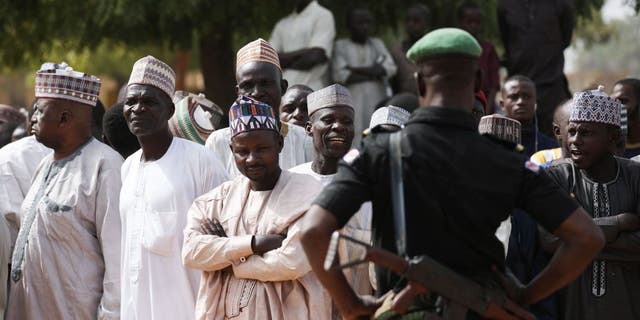 Parents of abducted schoolboys wait outside a camp to receive their children upon their release in Katsina, Nigeria, on Dec. 18, 2020. (KOLA SULAIMON/AFP via Getty Images)

“While much of the violence in Nigeria overlaps with ethnic conflicts, hostility between ethnic groups is not solely to blame. Religious intolerance and persecution is a primary factor, and it is important that the State Department acknowledge that. It is clear to us that religious freedom conditions in Nigeria have not seen consummate improvement to warrant this abrupt change in designation after such a brief period. Therefore, we urge the Department to immediately reconsider its decision and redesignate Nigeria as a Country of Particular Concern.”

Their letter also asked for the department’s specific reasoning for removing Nigeria, the criteria used for that decision, and whether the “substance and/or timing of the Department’s announcement [was] made with regard to any official state travel by you or any other official in the Biden Administration.” 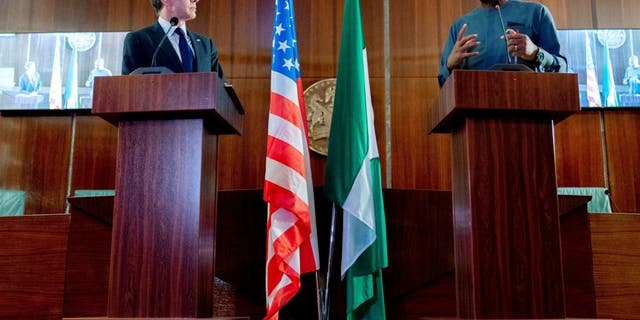 The State Department directed Fox News to the Office of International Religious Freedom, which did not immediately respond to a request for comment.

Boko Haram and ISIS-West Africa – both of which have perpetrated attacks in Nigeria – were included in the department’s list for “Entities of Particular Concern.”

According to the Arkansas Democrat Gazette, a State Department spokesperson said Blinken “determined that the state of religious freedom in Nigeria did not meet the legal threshold to justify Nigeria’s continued designation as a Country of Particular Concern” or placement on its Special Watch List.

The spokesman added that “[w]e have concerns about the religious freedom dynamics in Nigeria. The Department will continue to work with the government to address religious freedom issues to ensure that all human rights are protected, including the freedom of religion or belief.”

Removing Nigeria prompted a wave of backlash from groups like the Family Research Council, which organized a coalition letter that was sent last week. The letter cites a Catholic News Agency report from July, noting that an estimated 3,462 Christians had been killed in Nigeria in the first 200 days of 2021, which equates to 17 Christians murdered every day in Africa’s most populous country.

The United States Commission on International Religious Freedom (USCIRF), which is a federal entity that provides policy recommendations to U.S. politicians, similarly said it was “appalled” by the administration’s decision.

“USCIRF is especially displeased with the removal of Nigeria from its CPC designation, where it was rightfully placed last year, as well as the omission of India, Syria, and Vietnam,” said USCIRF Chair Nadine Maenza. “We urge the State Department to reconsider its designations based on facts presented in its own reporting.”

Maenza linked to the administration’s 2020 report on international religious freedom, which was released in May of this year.