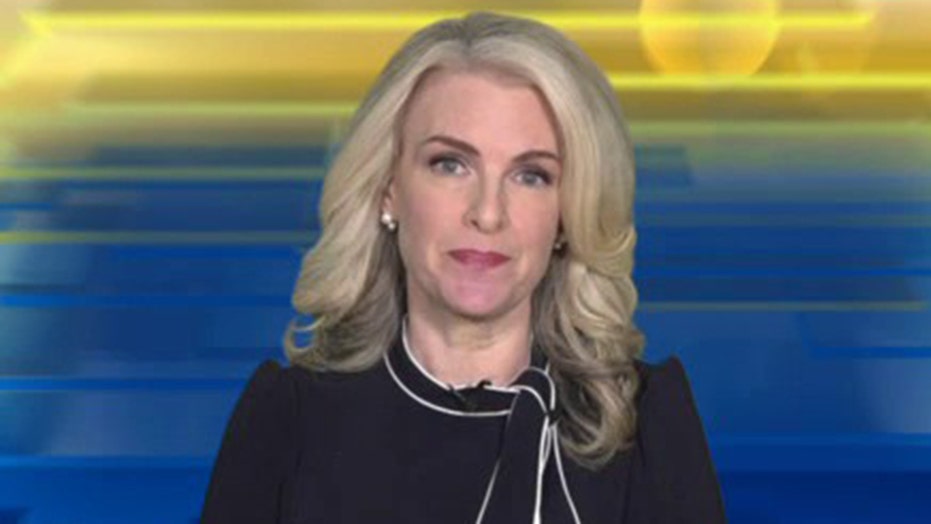 Janice Dean speaks out speaks out on New York’s nursing home deaths during the coronavirus pandemic.

Democratic New York Gov. Andrew Cuomo is under fire for announcing Tuesday that he will author a book, “American Crisis,” about his handling of coronavirus.

“I didn’t realize this whole thing was over and elected officials had time to write books and reflect on it now,” Washington Post book critic Carlos Lozada wrote.

TRUMP FIRES BACK AT CUOMO AFTER CORONAVIRUS CRITICISM IN DNC SPEECH

Cuomo is regularly blamed for thousands of deaths in New York’s nursing homes after his controversial policy in late March essentially ordered nursing homes to accept coronavirus patients from hospitals, a measure designed to free up hospital beds. Cuomo eventually reversed the order in May and has been widely criticized for the way the situation was handled.

As a result, social media was shocked when news broke on Tuesday morning that Cuomo would write a new book about his experience overseeing New York amid the pandemic. “American Crisis” will be released Oct. 13 and plenty of people took to Twitter with thoughts.

“WTF,” journalist Yashar Ali wrote. “He’s writing a book in the midst of an ongoing crisis???”

“This man has presided over the highest COVID death toll in America, and is actively covering up one of his deadliest failures. His massive gaslighting campaign now includes a book deal,” Fox News contributor Guy Benson wrote.

Many others criticized the decision, too:

While Cuomo has many critics, he is also beloved by many on the left who believe he provided a voice of reason during the early months of the pandemic. He delivered a blistering speech at the Democratic National Convention on Monday criticizing the White House's response to the coronavirus pandemic.

Hours after the book was announced, President Trump scolded Cuomo in response to the governor's speech.

"Now AP estimates that the real Cuomo number of people killed because of his total incompetence is 11,000, not the 6000 that was originally thought!" Trump tweeted.

The state has officially reported a care home death toll of more than 6,600. Fox News senior meteorologist Janice Dean, who recently lost her elderly in-laws to COVID-19, finally got to testify before New York state lawmakers on nursing home deaths on Monday after she was denied the opportunity the week before.

Dean told “Fox & Friends” on Tuesday that Cuomo is not providing the exact numbers of those who died from COVID-19 in adult care facilities because “New York state does not count the numbers that we lost in hospitals from nursing homes.”

Unlike other states with major outbreaks, New York only counts residents who died on nursing home property, not individuals who were transported to hospitals and died there, according to the Associated Press. The discrepancy could add thousands of individuals to the state's nursing home death toll.

The Cuomo administration has refused to release the number, leading to speculation the state is intentionally manipulating the figures.

For months, New York was the epicenter of the virus, which ultimately killed more than 32,000 individuals, the highest death toll in the nation.

Cuomo’s payment for “American Crisis” was not disclosed.