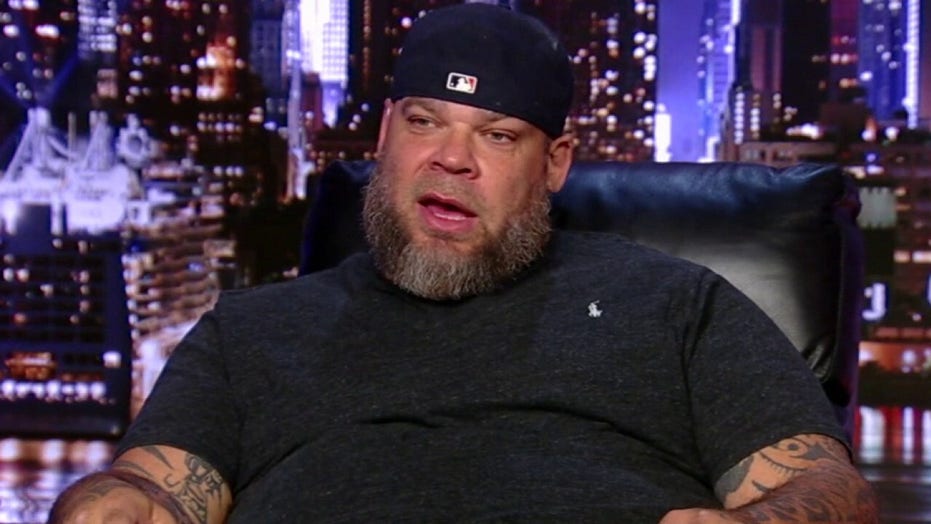 ‘Gutfeld!’ panel discusses how they would handle ongoing ‘mayhem’ in Portland, Oregon if they were in charge

Here’s the thing about rebellion: much like doing whippets, it’s only fun in small bursts. If you let it go unheeded or even sympathize with it, it only grows. Eventually, like my bikini line during lockdown, it turns on you.

It reminds me of the time I rescued a poor kitten outside my apartment, only to learn a few months later it was a raccoon. What was initially adorable had become evil. Same goes for relationships. Some women date the bad boy with the face tattoo because he’s fun and dangerous. But it’s not fun a year later when he’s sold all your furniture and is passed out in your living room, which is also where he keeps his bike — and his meth lab.

Which brings us to Antifa and Ted Wheeler, the mayor of Portland, Oregon. Last July, he stood with rioters after one hundred nights of mayhem (or, as CNN called it, peaceful protesting) as they tried to injure the police. He tried to play the hip stepdad who says he’ll buy you a beer if you promise to drink it at home.

There he was, attempting to save his thin White skin by standing side-by-side with total nuts, as if he was competing in the three-legged race at a Manson Family reunion. Yet they kept rioting. Remember, it was Wheeler who rejected help from the Trump White House and slammed those who wanted to restore law and order to a once-great city.

WHEELER, JULY 17: The words and actions from President Trump and the Department of Homeland Security have shown that this is an attack on our democracy … Keep your troops in your own buildings or have them leave our city.

OK, Braveheart. How brave is that, rejecting life-saving help from Trump just so you can maintain street cred with the scum? Yet the rioting didn’t stop. So what did the mayor do next? The exact same thing, this time a month later. 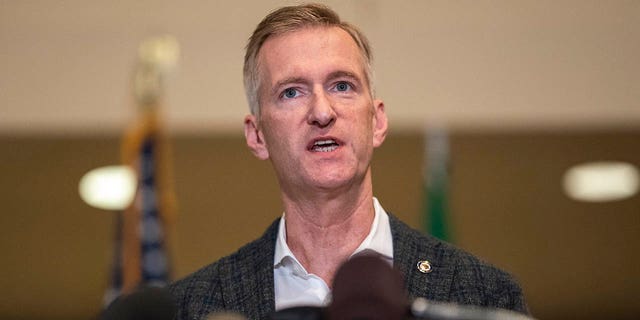 WHEELER, AUGUST 30: I am going to do the work that I need to do here in my local community, with my local officials, to take accountability for what’s happening on our streets, and I’d appreciate it if either the president would support us or he stay the hell out of the way.

Like Charlie Sheen’s teeth, that statement has not aged well. A year later, even a dumbass like Wheeler can realize he chose the wrong “allies”. Who knew you couldn’t trust a bunch of angry dweebs wrapped in bandanas and torching buildings while roaming the streets playing Pokemon GO. Wheeler’s new friends even showed him their respect by chasing him out of his very own apartment. Even then, Wheeler thought, “Hey, maybe if I pet the crocodile, it won’t eat me.”

Not so. The riots continued. I know, you’d think anarchists would listen to the pleadings of a weak mayor who seems more at home teaching massage therapy at a strip mall than running a city.

Finally, like a mob rat working with the FBI, Wheeler announced he needed help getting his old “allies” arrested and unmasked. He asked the public to get their names and license plates — in short, do the work that he refused to do.

WHEELER, APRIL 23: Our job is to unmask them, arrest them and prosecute them … These people often arrive at their so-called “direct actions” in cars and they’re all dressed in all black. If you see this, call the police. If you can provide a license plate, if you can do so safely, that information can help later.

OK, Rambo. So now we want citizens to risk their lives, as if he’d back them up when it hits the fan. We’ve already seen how he turned his back on the cops.

Not surprisingly, Antifa still went on, damaging schools and churches and, of course, their chances of ever having success in life. Now they’ve released a video in which not only do they doxx the mayor, they threaten to kill him.

ANTIFA VIDEO: Ted, we’re asking for the last time that you resign. If you ignore this message outright, the destruction to your precious way of life is going to escalate. Blood is already on your hands, Ted. The next time, it may just be your own.

The voice speaking the words you just read is modulated in way that would be scary if you didn’t know that the person behind it was a Doritos-stained blob who had to peel himself from his gaming chair for the first time in months. Or perhaps that actually is his real voice and he’s just breathing heavy from standing up too fast. He likely has a hygiene problem because he only showers once every moon phase.

Still, Antifa threatened a political leader with death. Admittedly, so did Madonna and Johnny Depp and it didn’t really matter, though it should. Of course, the target of these threats is a Democrat, so maybe it might matter for once. I suppose you would call this terrorism, but they aren’t Trump supporters or White supremacists. (Sorry, that’s redundant, according to the media.)

By the way, if you want to see White terrorists, take a look at the mug shots of Portland rioters. Even for a city that’s 75% White, they’re suspiciously pasty. Apparently, student loan debt causes green hair and acne. I’m starting to think the cure for Antifa is getting laid.

I get no joy out of Wheeler being threatened. I hope he learns something from this other than that it’s not appropriate to wear a cardigan to a riot. Maybe you should side with the citizens before you side with those who want to hurt them. That’s on page two of the “How to be a mayor” handbook.

You thought that by courting the barbarians, they would stop at the gate. They didn’t. They correctly surmised you had smaller balls than a bodybuilder on steroids and ran you into the ground like a rental car. That’s what happens when you pretend that you could be a mayor of a city but look like you’re suited to be a manager at Circuit City.

So we’re here for you, Ted. You need help. America’s got you. Even if you don’t get us.

This article is adapted from Greg Gutfeld’s opening monologue on the April 30, 2021 edition of “Gutfeld!”