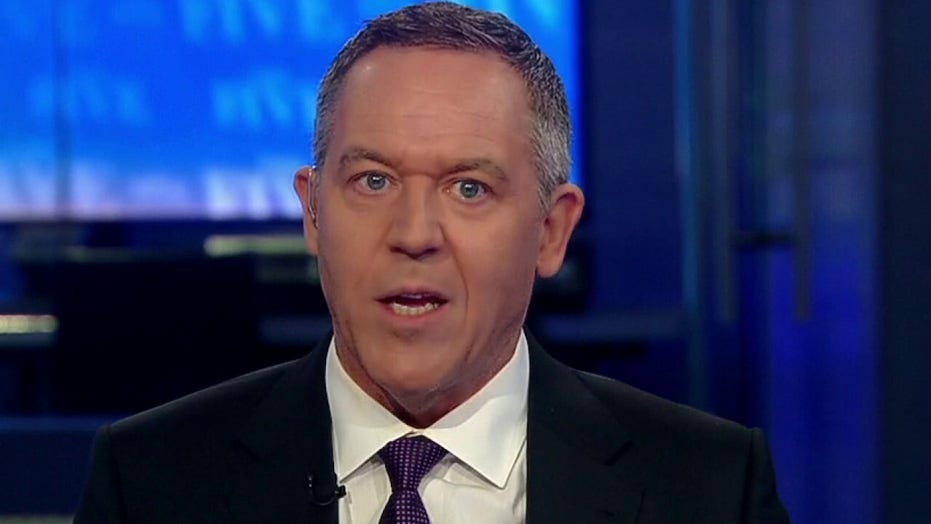 “The Five” host Greg Gutfeld blasted President Joe Biden as a “pathological, shameless liar” after the commander-in-chief injected race into a Philadelphia speech about election laws as Texas state Democratic lawmakers flew to Washington, D.C. to prevent that state’s legislature from having a quorum to approve new reforms.

“It’s unrelenting. It’s unrelenting. And we are going to challenge it vigorously,” he said. “Are you on the side of truth or lies?… Stand up, for God’s sake, and help prevent this concerted effort to undermine our election.’

Biden went on to claim Republican-led election security reforms in states such as Texas, Georgia and Pennsylvania are akin to “facing the most significant test of our democracy since the Civil War.”

On “The Five,” Gutfeld said he was upset by Biden’s race-infused rhetoric.

“He is a pathological, shameless liar,” he said. “He ran on being a unifier, and all he does is bank on racial discontent. He is comparing this bill to the KKK [and] Jim Crow. All he does is foment racial conflict,” Gutfeld said, additionally referencing the Texas election integrity bill that spurred the Democrats to leave the state. “

In his speech, Biden said 17 states have enacted 28 new laws to “make it harder for Americans to vote.”

Gutfeld said Biden believes he is making a “moral case” for voting rights as if such rights don’t exist.

“Every American has the right to vote, except the left’s favored voting blocs, which are felons, illegal immigrants, and the dead,” he said. 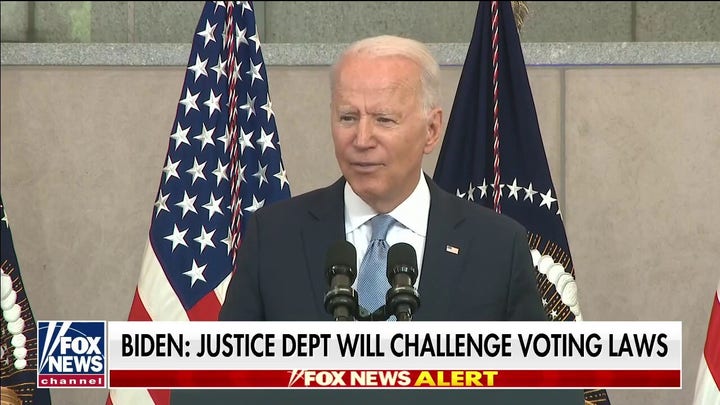 “[The] only one true possibility of a zombie uprising [is] because the corpses found out they voted for Joe Biden — The only Republicans they know of are evil.”

The “Gutfeld!” host added that Biden joins a long line of Democratic figures who have made it customary to label their political opponents either racist or extremist:

He said President Reagan had been compared to Adolf Hitler while George W. Bush and the late Sen. John McCain, R-Ariz., were dubbed “warmongers.”

Biden himself, the host noted, previously also claimed during a 2012 event near Martinsville, Va. that GOP nominee Mitt Romney would put the attendees of color “back in chains” with his fiscal policy platform.

“Then we are supposed to get the biggest, greatest existential risk in history out of Donald Trump, and now that’s a lie because he’s gone,” Gutfeld continued. “And now this is a bigger existential risk than Donald Trump. ‘This is the worst thing since the Civil War.’ I’m beginning to think they are exaggerating.”

Democrats in the Texas Legislature bolted Monday for Washington and said they were ready to remain there for weeks in a second revolt against a GOP overhaul of election laws, forcing a dramatic new showdown over voting rights in America.

The cross-country exodus was the second time that Democratic lawmakers have staged a walkout on the voting overhaul, a measure of their fierce opposition to proposals they say will make it harder for young people, people of color, and people with disabilities to vote.

“Should we stick around? Hell no. For what?” Texas State Rep. Jarvis Johnson, D-Houston, said this week. “There’s nothing being done in earnest.”

“There’s nothing be done with the utmost respect for one another,” Johnson added.

In Pennsylvania, where Biden was speaking Tuesday, a group of Republicans led by State Sen. Pat Stefano, R-Somerset and Douglas Mastriano, R-Chambersburg, recently sponsored SB 402, which would repeal a 2019 provision that allows for no-excuse mail-in voting in the Keystone State.

The chairman of the state Senate committee that oversees elections, Sen. Dave Argall, R-Tamaqua, also responded to the president’s visit in a statement, saying in part that “no matter what President Biden said today in Philadelphia, voter ID is not wrong, it’s simple common sense. He further called his remarks “completely out of touch.”