Hannity: Biden's policies are leading us straight to a health crisis 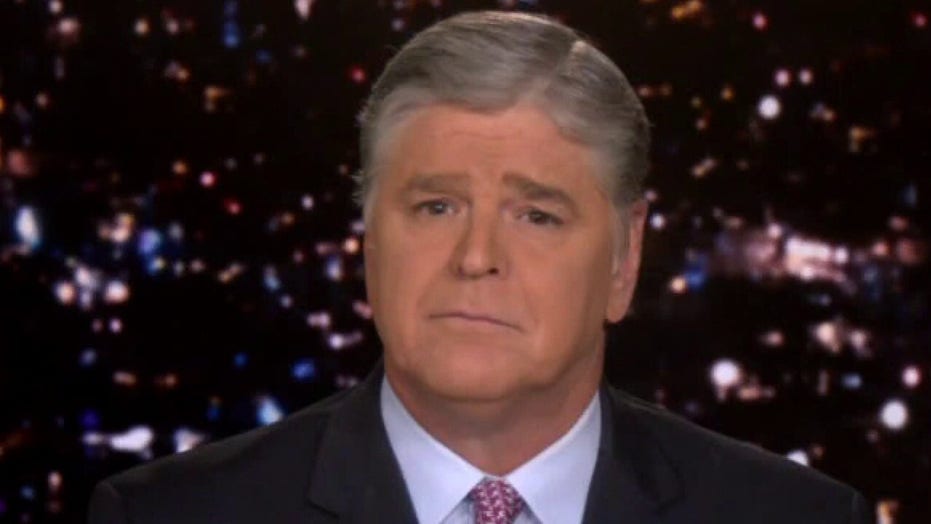 Hannity: Biden’s COVID confusion is politics at its worst

Fox News host Sean Hannity criticized the Biden administration’s botched handling of COVID-19 Friday on “Hannity,” saying it was “politics at its worst.” The host also slammed the president for “squandering” all of the tools former President Trump gave him to fight the pandemic.

“Let’s start with the vaccines. Last year while President Trump was working with scientists and major pharmaceutical companies to cut all the red tape and expedite safe effective vaccines, Joe Biden and Kamala Harris, their friends in the media mob, their press secretaries, well they were busy sewing doubt and pushing anti-vax, anti-trump conspiracy theories, of course, we know why, all for political gain.”

Hannity called out the administration’s hypocrisy for requiring a vaccine they said they wouldn’t trust because of Trump during their campaign.

“Of course, the mixed messaging from the White House is almost impossible to fully track at this point. First, Biden couldn’t shake his obsession with forcing Americans – ‘gotta wear the mask at all times’ even fully vaccinated Americans gotta wear the mask..,” he said.

“Remember Biden then declared a new policy: vax or mask, remember that? Now it’s vax and mask, and vaccine mandates and mask mandates and other draconian new restrictions, and the possibility of yet more shutdowns,” Hannity continued.

Breakthrough cases, including prominent Senator Lindsey Graham, are making the future “uncertain” again according to Hannity, who said COVID mandates will continue to hurt small businesses. Hannity also slammed “false promises” made by the administration.

“As an American, Biden wants you to follow a series of rules and restrictions, and forfeit all of your freedom and your paychecks, and your medical privacy and doctor-patient confidentiality all in the name of COVID at this late date considering everything was given to him and handed to him on a silver platter,” he said

“But this is where everything goes completely off the rails. Take a look at our southern border. This is by far, nothing close, the single largest super-spreader event in the country that is now still ongoing. It all started on January 20, 2021. We now have well over one million illegal immigrants pouring across the border from all over the world… many infected with COVID-19,” he continued.

Hannity went on to blast Biden for forcing Americans to take “extraordinary measures” to fight COVID, but completely ignoring the border situation.

“We really can’t trust that derelict shell of a president Joe Biden. We can’t trust his administration. We can’t trust the Democratic party and the media mob, he lives in their protection program. They care about politics and power clearly more than our health and our safety. They are unscientific, unprincipled, ever-changing, autocratic policies, yeah it’s leading this country straight into a massive new health crisis of their making.”